Church of Crete is ready to host the Pan-Orthodox Council 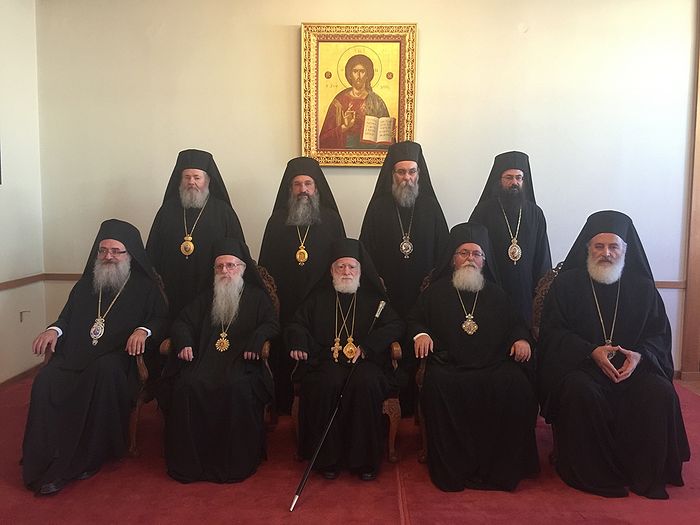 The Romfea news agency has published the resolutions of the Holy Synod of the Church of Crete:

“On Wednesday, February 3, 2016, an extraordinary meeting of the Holy Diocesan Synod of the Church of Crete was held in the city of Heraklion.

At the meeting the Synod members were informed through letters of His Holiness Patriarch Bartholomew of Constantinople and the Holy Synod of the Ecumenical Patriarchate of the decision to convene the Holy and Great Council of Orthodox Churches after so many centuries on Crete on June 18-27, 2016, as had been decided at the Meeting of Primates of Local Orthodox Churches in Chambesy (Switzerland) several days before.

In connection with the resolution to hold 'this greatest event in the past 1000 years of history of the Orthodox Church' on Crete which, according to His Holiness, will become a landmark not only for the history of the universal Orthodoxy, but also for the entire world, the Holy Synod of the Church of Crete expresses its deepest gratitude to His Holiness Ecumenical Patriarch Bartholomew of Constantinople for such a honor and confidence in the faithful daughter of the Ecumenical Patriarchate – our Autonomous Church of Crete.

Meetings of the Holy and Great Council of the Orthodox Church will be held in the hospitable Orthodox Academy of Crete, and the Sunday service on the feast of Pentecost (at which His Holiness Ecumenical Patriarch Bartholomew of Constantinople together with the primates of the other Local Orthodox Churches will concelebrate) will be celebrated at the cathedral of Holy Greatmartyr Menas (Minas) in Heraklion.

In addition to this, the Holy Synod of Crete with a special joy is inviting the clergy, brethren, and pious and faithful people of our large island to participate in the church services; you will be informed of the service times in advance”. ANNOUNCEMENT: Theological-Academic Conference on the Pan-Orthodox Council
Sponsored by the Dioceses of Glyfadas, Gortinos, Kithyron, Peireaus and the Synaxis of Clergy and Monastics, a conference addressing the upcoming Pan-Orthodox Council on the island of Crete in June will be held on Wednesday, March 23rd, 9 am - 9 pm in the "Melina Merkouri" Hall of the "Peace and Friendship" Stadium, in Peireaus, Greece. Draft documents of the future Pan-Orthodox Council in their present form do not violate the purity of the Orthodox faith, the ROC Council of Bishops states The Holy and Great Synod Will Take Place in Crete in June 2016
The decision to convene the Holy and Great Synod of the Orthodox Church in Crete, rather than at the headquarters (Constantinople) of the Ecumenical Patriarchate, was dictated by the "exceptional objective circumstances" (i.e. the recent Russo-Turkish crisis), which basically prevents the Moscow Patriarch Kyrill and his delegation from visiting the City. That is why this Synaxis of Primates is meeting in Geneva and not in the Phanar, as originally planned.
Comments
×