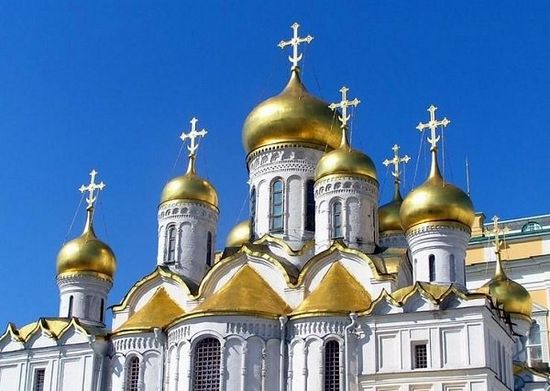 Priests of the Ukrainian Orthodox Church are subjected to regular attacks by radical nationalists and persecutions of the Ukrainian Security Service, coordinator of the Human Rights Advocacy Group on Information about Crimes against Humanity Maxim Vilkov said.

"We have registered about 30 such attacks, including not only attacks and illegal detentions, but trials and even murders," the human rights advocate said at the additional OSCE session on Human Dimension Implementation held in Vienna.

According to him, some UOC clerics were forced to leave Ukraine as nationalists and security services threatened them.

The expert also reported at least 36 attempts at seizing UOC churches taken in 2014-2015.

The human rights advocate urged the OSCE Monitoring Mission to pay special attention to all these cases and recommended including new provisions regarding protections of rights of religious communities in the list of OSCE monitoring criteria of observing human rights in Ukraine.

He also suggested holding a forum under OSCE auspices dedicated to manifestations of violence and hatred in Ukraine on confessional and jurisdictional characteristic as a factor influencing escalation of the Ukrainian conflict. An “unwanted church”: Ternopil authorities levy taxes on only one church: the Orthodox
This openly provocative and illegal decision has been made by deputies of the Ternopil city council at the session on March 3, 2015, thus showing disregard for the Ukrainian legislation which defines the equal treatment of all religions by the government.
Comments

Roman4/20/2016 11:01 am
Joseph, preaching loyalty to the Moscow Patriarchate is one thing, preaching loyalty to a nation at war with your country and refusing to perform the service of Christian burial to those killed in defense of Ukraine is something else. St. Nicholas of Tokyo stepped aside from his duties as Bishop in Japan during the Russo-Japanese war rather than preach what would be construed as disloyalty to Japan. These priests are nothing but agents of a foreign power which wants to destroy an independent Ukraine. Perhaps you should read more objective, less biased information sites.
By the way, I am in Ukraine so I can see on the ground what is happening

Joseph4/19/2016 11:50 am
Roman, I wouldn't spread such hateful lies or at least half-truths if I were you. The European commissions investigating these cases are not finding what you claim. Also, even if it were true that priests are preaching loyalty to the Moscow Patriarchate, that is a Church matter and does not mean they are pro-Russian. And anyway, who wouldn't be pro-Russian when fascist-oriented schismatics are killing you and stealing your churches and you get no protection from your local authorities? Just a natural question--no offense intended.

Roman Mirchuk4/19/2016 11:09 am
Many of these priests use the pulpit to preach anti-government, anti Ukrainian, pro-Russia, pro-separatist, hateful fascist views instead of preaching the Gospel of Christ and love towards their Ukrainian brothers and sisters and loyalty towards their native land. I wonder how long any country - Russia, USA, France, Poland, etc. - would tolerate such treasonous activity and not take measures against those, who advocate and preach them.
×