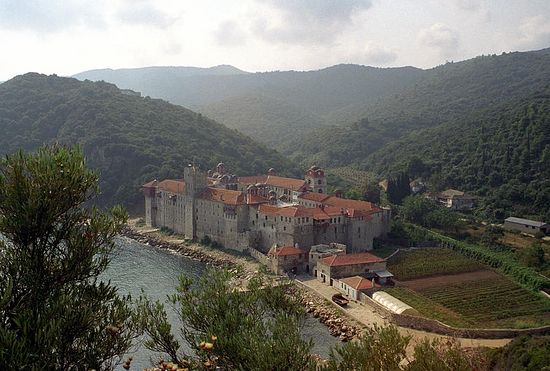 The monks were charged with instigating violence and throwing Molotov cocktails at police officers in an incident in July 2013 in the Athonite capital of Karyes. Abbot Methodios and monk Antypas, the main aggressor, both received twenty-year sentences, effective immediately. The other six monks were charged as accomplices, receiving sentences of ten years and four months which are being appealed. 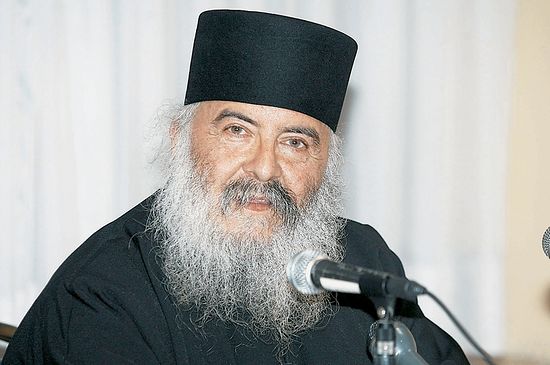 The incident in question occurred when court bailiffs arrived to the Esphigmenou administrative offices in Karyes on July 29, 2013 to evict the schismatic monks, who responded by throwing three Molotov cocktails and an explosive device. “Esphigmenou monastery is our home; we will die there,” one of the monks told the court, according to The Associated Press.

A statement released by a new Esphigmenou brotherhood, established in 2005, reads: “The decision, of the courts, which is enforceable immediately for the first two, gives the measure of common sense. Namely that one thing is the confession of faith and another the use of explosives and the committing of serious crimes. The spiritual disagreements and other denials of the rules of the Holy Mountain and the state are another thing.

Meanwhile, Alkiviadis Grigoriadis, lawyer for the defendants, said the dispute was over religious dogma and should not “under any circumstances” be settled in court.

Addressing itself to the remaining old Esphigmenou brotherhood, the new continues: “The fraternity and administration of the monastery are willing to embrace every brother who would come with good intentions and to make every effort for restoration. We can all contribute calmly and without fanaticism to bring an end to the lingering futile and hopeless occupation of the monastery premises.” Schism is the work of satan, Primate of Polish Orthodox Church says
"If I am Orthodox then I love God, love the Church, and my people, and aspire to unity. But if I do not understand this, then am I really Orthodox?” Reflections on the Separation of Western and Eastern Christendom
Archpriest Andrew Phillips
The hiatus between the early and undeveloped culture of Christian Rome and the growth of a new Western Christian culture, between, in other words, the fifth and the eleventh centuries, signified the formation of a different cultural ambience in the West from that in the East. The Christian West did not have the time to Christianize the pagan, classical culture of Rome, whereas the East made a new start.

John4/17/2019 4:10 pm
I would take these monks from Esphigmenou over Patriarch Bartholomew's Freemason "monks" from "New Esphigmenou" any day of the week. Aren't they concelebrating with Ukrainian schismatics now? No action against them... but these Esphigmenou monks get twenty year sentences. I think celebrating Liturgy with Poroshenko's schismatics is worse than throwing a molotov cocktail at some Greek police.

p father victor gregory samarin1/7/2019 5:53 pm
In the name of the father and the son and the holy spirit! there is a cannon in the orthodox christian greek rudder on some of the cannons and laws of the church. to paraphrase the abbot of a monastery has the right to refuse police from the world looking for a man who has doned the monastic garb of a novice and up to great schemma in repentance for his sinns that he committed in the world. jesus was once questioned of the apostles who said what do we do with people using your name to heal people but were not directly with all our teachings and the twelve, jesus said leave them anyone who uses my name to heal will be considerate of us. saint Nicholas slapped a man for offending god
×