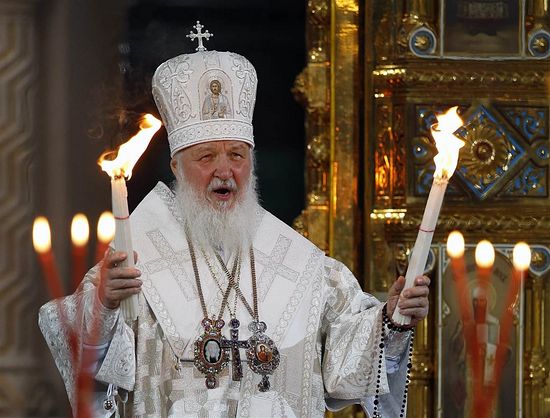 By the blessing of His Beatitude Patriarch Theophilos of Jerusalem and His Holiness Patriarch Kirill of Moscow, the Holy Fire will be brought from Jerusalem to Moscow at Pascha again this year, the St. Andrew the First-Called Foundation reported to RIA-Novosti.

The Holy Fire is a miracle occurring every year on Holy Saturday in the Church of the Holy Sepulchre, when the Orthodox patriarch of Jerusalem enters the tomb of the Lord. After a period of praying, the miraculous fire descends from Heaven and lights the patriarch’s candles before rushing throughout the church.

The Holy Fire is traditionally brought to the Paschal service at Christ the Savior Cathedral in Moscow and from there throughout Russia. In 2015 the fire was taken to fifty-three Russian and eleven international cities.

Patriarch Theophilos again blessed the “Pray for Peace for Jerusalem” program for this year, noting that he expects the reconstruction work being carried out on the edicule over the Lord’s tomb to be done two weeks before the celebration of Pascha, which falls on April 16 this year.

Jean5/8/2017 6:34 am
This is such a wonderful story. What a wonderful gift Christians all over the world will share because of the generosity of the Russian people. Thank You.
×