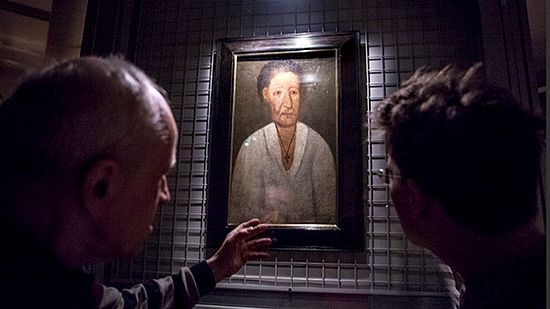 An oil portrait of Blessed Xenia of St. Petersburg has been found among the collections of the Hermitage Museum in St. Petersburg, which researchers believe to be the only lifetime image of the city’s patron saint. The work has been restored and exhibited in the “Ancient Village” section of the museum, reports Izvestia.

While working to systematize the museum’s collections they stopped on the portrait, though no one had previously paid it much attention.

The painting came to the Hermitage from the historical-domestic department of the Russian Museum, disbanded before the war. Fedor Morozov brought the work to the Russian Museum in 1930 from the Smolensk Cemetery where he found it, documenting it as a portrait of Blessed Xenia. 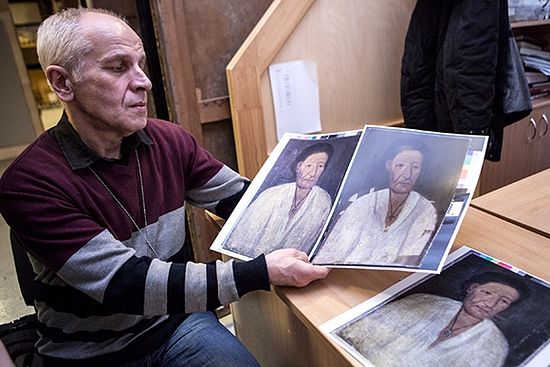 Chemical analysis of the soil on the painting indicates that it was painted in the late eighteenth or very early nineteenth century. There are abundant burns and soot in the paint layers, indicating that it was venerated, with a candle burning before it. It was cleaned several times over the years, being refreshed with new colors and even some changes. In various layers of paint someone lengthened the neck of St. Xenia’s shirt and incrementally lengthened her hair, making her appear more feminine. 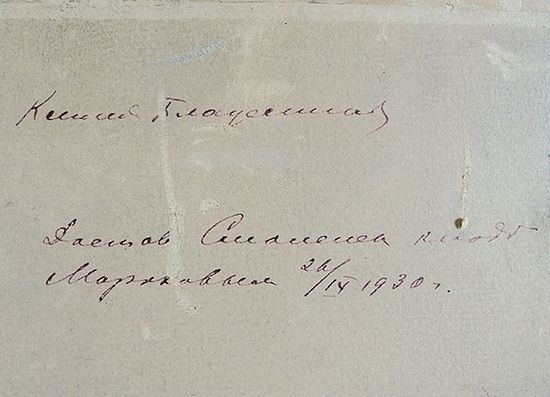 “The portrait was painted somehow spontaneously—quickly and confidently,” says artist-restorer Nikolai Malinovsky. “Probably the artist sketched Xenia’s features while she sat. In any case, the portrait is very unique; it is not imagination and not a generalization. The eyes of the artist clearly saw the person he portrayed.”

Although the portraitist was likely an amateur, he managed to transmit her wise detachment and spiritual focus, and even an inner light coming out from within St. Xenia. And yet it is a face—not a symbolic face. How to Become a Holy Fool: Homily on Saint Xenia of St. Petersburg, Fool for Christ
Fr. Philip LeMasters

How to Become a Holy Fool: Homily on Saint Xenia of St. Petersburg, Fool for Christ
Fr. Philip LeMasters
"Christ surely does not call us all to the rare ministry of a Fool for Christ like St. Xenia, but we may all learn from her example that the humility of embracing our constant need for mercy is at the heart of faithfulness to a Lord Whose Kingdom is not of this world. There must be something of the holy fool in us all, if our eyes are to be opened to a truth that the world does not yet see." St. Xenia Fool-for-Christ
The Life of Blessed Xenia of St. Petersburg
People preoccupied with worldly matters would naturally assume that anyone who gave away his wealth must be insane. They were incapable of seeing that Xenia had undergone a complete rebirth; she was changed from a worldly woman into a spiritual being.

Ksenia 5/23/2018 8:33 pm
Can someone give me the link to a better photo of this painting online? I am an iconographer and need this as a resource.

David Chaudoin2/12/2017 8:57 pm
Is there any place where I can get a copy of the portrait of Saint Xenia of Petersburg painted while she was alive?
×