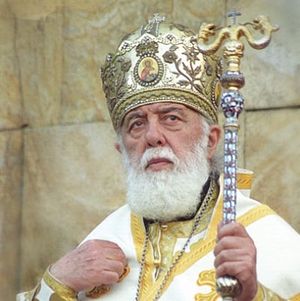 Photo: Patriarch.ge
The Patriarchate of the Georgian Orthodox Church posted an update on Patriarch Ilia’s health on its site yesterday.

According to information coming from Germany on February 8, His Holiness’ round of lab examinations has ended, confirming that he is in need of gallbladder surgery, scheduled to take place on Monday, February 13. Preparations for the surgery are currently underway. His Holiness is feeling well, according to the statement.

His Holiness Patriarch-Catholicos Ilia II was taken to Germany on February 2 after a laboratory examination revealed he had a fever after dealing with kidney stones. Health of Patriarch Ilia improving after gall bladder infection
According to his personal physician Tsisana Shartava, Vladyka’s health is stable and he is resting in his home under surgeon supervision, with daily exmainations.
Comments
×