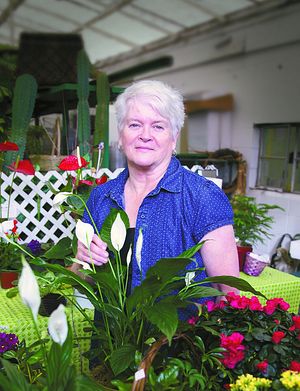 Photo: Seattle Times
Another ruling has come down in the recent string of American judicial attacks on Christianity. The Washington Supreme Court ruled Wednesday in the case of Ingersoll v. Arlene’s Flowers that business owners are not free to act according to their religious conscience.

In a sadly now typical story, a gay client sued Christian floral artist Baronelle Stutzman for declining to design floral decorations for his homosexual wedding back in 2015, reports Conservative Review.

What makes this story, similar to Elane Photography v. Willock in which the New Mexico Supreme Court ordered that a Christian photographer must attend and memorialize gay weddings, even more shocking is that Stutzman and the Ingersoll had been friends for ten years, Ingersoll and his partner considering Arlene’s Flowers “[their] florist.”

In an article entitled “Why a friend is suing me: the Arlene’s Flowers story,” Stutzman recounts the history of her friendship with Ingersoll, saying they hit it off immediately, both appreciate the art of floral design. “I knew he was in a relationship with a man and he knew I was a Christian,” she writes. “But that never clouded the friendship for either of us or threatened our shared creativity,” she continues, demonstrating that she is no “homophobe,” nor does she discriminate against homosexual customers.

The problem came only when Ingersoll asked Stutzman to invest her energy and artistic vision in a ceremony that fundamentally contradicts with her deeply held beliefs. “Marriage does celebrate two people’s love for one another, but its sacred meaning goes far beyond that. Surely without intending to do so, Rob was asking me to choose between my affection for him and my commitment to Christ. As deeply fond as I am of Rob, my relationship with Jesus is everything to me. Without Christ, I can do nothing,” she writes, with words that ring true to any Christian with an active relationship with Christ.

She goes on to explain that although she declined, she helped him find other florists who would provide the service. They hugged before he left the store, still friends in her mind. But, apparently, Ingersoll was having other thoughts and Stutzman soon found out she was being sued. She maintains, however, that Ingersoll is a friend, “preciously created in God’s image,” and that the court case has only complicated that, but not ended the friendship.

In the end, the Washington Supreme Court decided that “[H]er store is the kind of public accommodation that has traditionally been subject to antidiscrimination laws.”

Stutzman’s lawyer, Kristen Waggoner of the Alliance Defending Freedom said, “This case is about crushing dissent. In a free America, people with differing beliefs must have room to coexist.” Stutzman and Waggoner intend to appeal the court ruling.

The State of Washington bars discrimination in public accommodations on the basis of sexual orientation. Discrimination based on same-sex marriage constitutes discrimination on the basis of sexual orientation. We therefore hold that the conduct for which Stutzman was cited and fined in this case-refusing her commercially marketed wedding floral services to Ingersoll and Freed because theirs would be a same-sex wedding-constitutes sexual orientation discrimination under the WLAD [Washington Law Against Discrimination—ed.]. We also hold that the WLAD may be enforced against Stutzman because it does not infringe any constitutional protection. As applied in this case, the WLAD does not compel speech or association. And assuming that it substantially burdens Stutzman's religious free exercise, the WLAD does not violate her right to religious free exercise under either the First Amendment or article I, section 11 because it is a neutral, generally applicable law that serves our state government's compelling interest in eradicating discrimination in public accommodations. We affirm the trial court's rulings. bob salsgiver2/18/2017 11:27 am
It won't matter long. The Democrats have turned their backs on gay and lesbians with promoting their request of thousands of refugees from countries who persecute, and kill gays, throwing them off roofs. Gays, lesbians, need to get a hold of the democratic party, they are going off the deep end.

Plus, the US Senate scheduled Circuit Judge Neil Gorsuch's confirmation hearing for the week of March 20. Assuming no surprises, his confirmation vote will come early April and Gorsuch will be installed before the spring recess. That gives the Christian florist ample time to file her case with the US Supreme Court before the May deadline (she has 90 days from yesterday to file an appeal).

T.D.2/17/2017 11:24 pm
This is actually good; the sooner the west falls, the sooner the Orthodox can retake their stolen lands. Slava to the Holy Russian empire, Serbia, Syria, and the Greek empire!

Stecia2/17/2017 6:00 pm
I find it disturbing that these type cases always involve Christian business owners. I have yet to hear of any case wherein Muslim or Jewish bakers have been targeted by those seeking a gay wedding.

But as far as the actual participants in gay weddings, there has not been, to my knowledge, any lawsuit brought about compelling Jewish and Muslim peoples to engage in an activity which violates their religious beliefs.

The fact that Christians are singled out is the very essence of discrimination, the same discrimination the plaintiffs in these cases sight as a violation of their civil rights.
×