The Apple of the Almighty’s Eye

The return to the homeland after the Babylonian captivity was not easy. Seventy years had passed in a foreign land, far from the Promised Land. The people of God returned to the ravaged Jerusalem and prepared to restore the Temple and establish a life. And they were confronted with many obstacles, both internal and external, from neighboring tribes for whom their return was not to their liking.

From here it is clear that the first post-exilic years were not marked by inspiration and enthusiasm. On the contrary, despondency ruled in the people of God: “How can we restore all that’s been lost? How can we withstand our enemies? Where shall we find strength?” In these painful years comes a word of encouragement from the Lord. The Lord sends the prophet Zachariah. 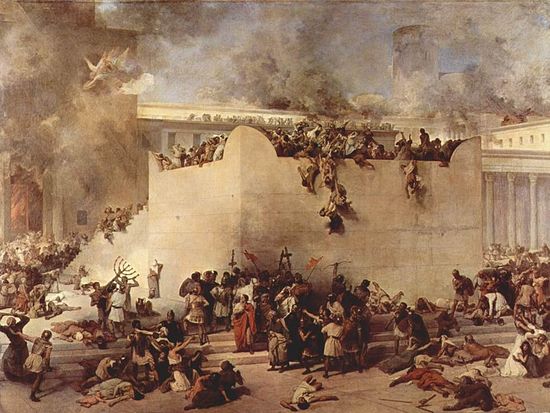 Looting of the First Temple by the Babylonians

The whole book of the prophet Zachariah radiates consolation, infusing strength into the languishing, despondent people. How necessary was the prophet Zachariah at that time… And how much do we need words of encouragement now! In our land [Russia], over the course of seventy years, Orthodox churches and monasteries were destroyed and many theological schools were closed. It was not easy in the 1990s to gather funds for building and reopening seminaries and theological courses and to find the strength to restore Church life. The enemies of the Church were also on the alert. They tried to prevent the restoration of Orthodox life, impeding it in word and deed. And in the 1990s there was not a little opposition, and just a year ago[1] a real information war against the Church began running wild. It’s a sad fact, but we will not despond. Let us listen to what the holy prophet Zachariah says. His words apply to us as well.

To begin with, the prophet explains why the Lord allowed the Babylonian captivity. The Lord appeals to the people: Turn ye now from your evil ways … but they did not hear, nor hearken unto me, saith the Lord (Zech. 1:4). And the Lord’s anger against the unrepentant sinners waxed hot. Catastrophe overtook the people—the invasion of hordes from the east, the devastation of the land, and the bitter captivity. Many years passed in captivity, and finally, the opportunity to return home appeared. And returning, they were faced with such hardships that many lost heart. What to do? Turn ye unto me, saith the Lord of hosts, and I will turn unto you, saith the Lord of hosts (Zech. 1:3). 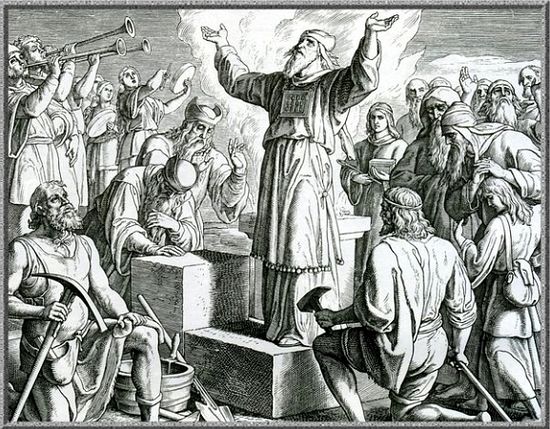 Return of the Jews from the Babylonian captivity

We can change little by our own strength, but the power of God works miracles. The wrath of God is poured out upon unrepentant sinners. It means that for the strength of the Lord to be with us we must repent, turn from our wicked path and towards the Lord. Then the Lord turns to us and will help. Captivity came from Babylon, but the fate of God’s people was determined not only on Earth. As I thought to punish you, when your fathers provoked me to wrath, saith the Lord of hosts, and I repented not: So again have I thought in these days to do well unto Jerusalem and to the house of Judah: fear ye not! (Zech. 8:14-15).

The Babylonian captivity was permitted as a means of punishing the people, as a penance. The time of destruction and punishment came to an end, and the time of creation and repentance began, the time of the mercy of God. The Lord leads His people through severe testing—such trials that it seems to some that God abandoned His people and forgot about them, not sympathizing with their suffering, not paying heed to the lawless invaders. Is this really how we should understand it? No. For he that toucheth you toucheth the apple of His eye (Zech. 2:8). 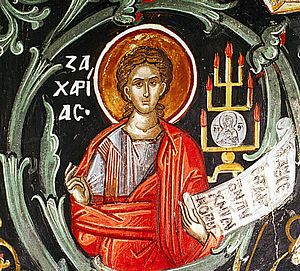 Prophet Zachariah
A war is on with Babylon. The forces are unequal. Men are dying, houses are plundered, women and children are bound by the hands and led away. Does this imply that the Lord abandoned His people, forgot them and does not cherish them? No. The people of God forgot about the Lord Almighty, walking along evil paths, and so, a foreign invasion befalls the people. But even during the punishment the Lord’s people are precious to him; even then He protects them. How does He protect them? As a man protects the apple of his eye—precisely as the apple of His eye!

What kind of protection is this, if the people’s loss was so considerable? Their loss truly was not unsubstantial, however the Lord’s protection was tangible in the midst of these losses. Such a telling Biblical symbol—the apple of His eye. It’s easy to imagine: every man shields his eye from danger; he protects his pupil. It’s better to injure your hand than to lose an eye. And so it was in the Babylonian captivity—many suffered, but the apple of His eye survived.

As long as there are repenting sinners on the earth, as long as there is a remnant of the people of God, the history of salvation is not finished. The Lord is continuing to save people. Do we not read about the apple of the eye of the Most High in the New Testament? The Savior says in a parable of the Heavenly Kingdom, For many are called, but few are chosen (Mt. 22:14). The Lord highly values every one of us; the hairs are numbered on the heads of the elect. 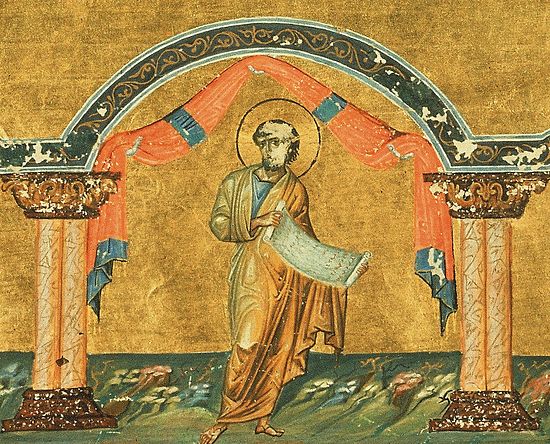 What do we hear from the prophet Zachariah? The Lord calls His people, strengthens them, comforts them, fills their heart with valor, elects them for new life, and shows them the path to repentance and the forgiveness of sins. They passed through a bitter captivity, and He redeemed them from this captivity. The Lord holds dear His people, as the apple of His eye.

[2] But now I will not be unto the residue of this people as in the former days, saith the Lord of hosts.

[3] Incidentally, in the book of the prophet Zechariah we find symbols known to us from the book of Revelation (cf. Zech. 5-6). Prophet Zachariah
Commemorated on February 8/21
The Prophet Zachariah the Sickle-Seer the eleventh of the twelve Minor Prophets. He was called to prophetic service at a young age and became, in the wondrous expression of church hymnology, “a spectator of supra-worldly visions.” Anthony2/21/2017 2:22 pm
This is a very good article that explains a lot about our contemporary world through the Bible. I see much the same as happened to Israel of old with what is happening in my own Greek nation. We turned our backs on God and ended up enslaved to the fourth reich EU. Now the nation is in freefall demographically from abortions, economically from consumerism debt, corruption (people forgot Christ's own commandment - render to Caesar the things that are of Caesar's and to God the things that are of God ie pay your taxes) and spiritually from a loss of true Orthodox faith. (And thrown in the mix is the heresy of ecumenism for which parts or rather members of the clergy are notorious for) and you see the catastrophe engulfing the nation.
×