Taking up Our Own Crosses

First Homily on the Lenten Season 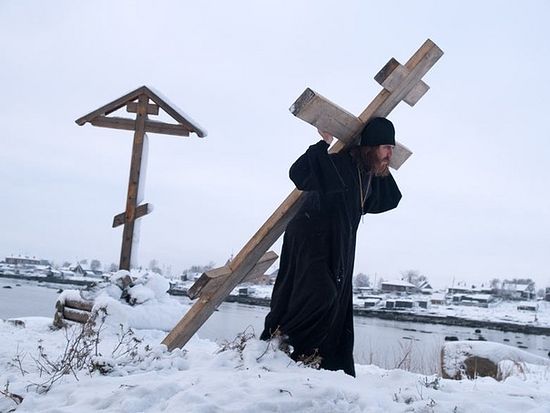 Today we enter upon the observance of Lent, the season now presented to us in the passage of the liturgical year. An appropriately solemn sermon is your due so that the word of God, brought to you through my ministry, may sustain you in spirit while you fast in body and so that the inner man, thus refreshed by suitable food, may be able to accomplish and to persevere courageously in the disciplining of the outer man. For, to my spirit of devo­tion, it seems fitting that we, who are about to honor the Passion of our crucified Lord in the very near future, should fashion for ourselves a cross of the bodily pleasures in need of restraint, as the Apostle says: And they who belong to Christ have crucified their flesh with its passions and desires.[1] In fact, the Christian ought to be suspended constantly on this cross through his entire life, passed as it is in the midst of temptation. For there is no time in this life when we can tear out the nails of which the Psalmist speaks in the words: Pierce thou my flesh with thy fear.[2] Bodily desires constitute the flesh, and the precepts of justice, the nails with which the fear of the Lord pierces our flesh and crucifies us as victims acceptable to the Lord. Whence the same Apostle says: I exhort you therefore, brethren, by the mercy of God, to present your bodies as a sacrifice, living, holy, pleasing to God.[3] 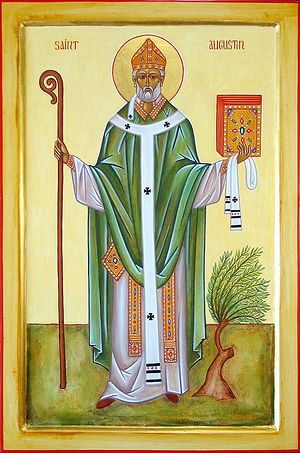 Photo: http://www.calledtocommunion.com
Hence, there is a cross in regard to which the servant of God, far from being confounded, rejoices, saying: But as for me, God forbid that I should glory save in the cross of our Lord Jesus Christ, through whom the world is crucified to me, and I to the world.[4] That is a cross, I say, not of forty days’ duration, but of one's whole life, which is symbolized by the mystical number of forty days, whether because man, about to lead this life, is formed in the womb for forty days, as some say, or because the four Gospels agree with the ten­fold Law and four tens equal that number, showing that both the Old and New Testaments are indispensable for us in this life, or it may be for some other and more likely reason which a keener and superior intellect can fathom. Hence, Moses and Elias and our Lord Himself fasted for forty days so that it might be suggested to us that in Moses and in Elias and in Christ Himself, that is, in the Law and the Prophets and the Gospel, this penance was performed just as it is by us, and so that, instead of being won over to and clinging to this world, we might rather put to death the old man, living not in revelry and drunkenness, not in debauchery and wantonness, not in strife and jealousy. But [let us] put on the Lord Jesus, and as for the flesh, take no thought for its lusts.[5] Live always in this fashion, О Christian; if you do not wish to sink into the mire of this earth, do not come down from the cross. Moreover, if this ought to be done through­out one's entire life, with how much greater reason should it be done during these forty days in which this life is not only passed but is also symbolized?

Therefore, on other days let not your hearts be weighed down with self-indulgence and drunkenness,[6] but on these days also fast. On other days do not commit adultery, fornica­tion, or any unlawful seduction, but on these days also refrain from that conjugal pleasure which is lawful. What you deprive yourself of by fasting add to your almsgiving; the time which was formerly taken up with conjugal duties spend in conversation with God; the body which was engaged in carnal love prostrate in earnest prayer; the hands which were entwined in embraces extend in supplication. You, who fast even on other days, increase your good works on these days. You, who crucify your body by perpetual continency on other days, throughout these days cleave to your God by more frequent and more fervent prayer. Let all be of one mind, all faultlessly faithful while on this journey, breathing with desire and burning with love for their one country. Let no one envy in another or belittle the gift of God which he himself lacks. Rather, where spiritual blessings are con­cerned, consider as your own what you love in your brother and let him, in turn, consider as his own what he loves in you. Let no one, under pretense of abstinence, aim at merely changing rather than eliminating pleasures, so that he seeks costly food because he is abstaining from meat, and rare liquors because he is not drinking wine, lest in the process, as it were, of taming the flesh he give greater rein to the demands of pleasure. Indeed, for the clean all food is clean, but for no one is luxury clean.

Above all else, my brethren, fast from strife and dis­cord. Keep in mind the words used by the Prophet in his vehement denunciation of certain persons: In the days of your fast your own wills are found because you torment all who are under your power and you strike with your fists; your voice is heard in outcry. Continuing in the same strain, he adds: Not such a fast have I chosen, saith the Lord.[7] If you desire to cry aloud, then have recourse to that appeal of which the Scripture says: I cried to the Lord with my voice.[8] That voice is certainly not one of strife, but of charity; not of the flesh, but of the heart. Neither is it that cry of which Isaias says: I waited for him to make a judgment, but he has worked iniquity, not justice but a cry.[9] Forgive, and you shall be forgiven; give, and it shall be given to you.[10] These are the two wings of prayer on which one flies to God: if any fault is committed against him, he forgives the offender and he gives alms to the needy.

Second Homily on the Lenten Season People Don’t Fast Because They Don’t Know the Meaning of Lent
Interview with Archbishop Mark of Berlin and Germany on the joy of Great Lent
For many people, Great Lent is a time, let’s be honest, of difficulty and sorrow. Statistics show that every year only three to five percent of those who call themselves Orthodox Christians observe Lent, and even those don’t adhere to it strictly. Why don’t people see the joy of Lent? Wherein lies this joy? How does one who has never observed Lent begin? We spoke with Archbishop Mark (Arndt) of Berlin and Germany.

“Fasting is Walking on Water”
Orthodox Pastors on Great Lent
Priest Nicholai Bulgakov
Fasting is a time of purification, repentance; a time that helps us leave this vain world in which we live from day to day without often thinking about what is most important. Time goes by and we are in the same place; the soul has not changed. So it would be good for us to make friends with fasting. After all, it gives us the most important thing—spiritual transformation.
Comments
×