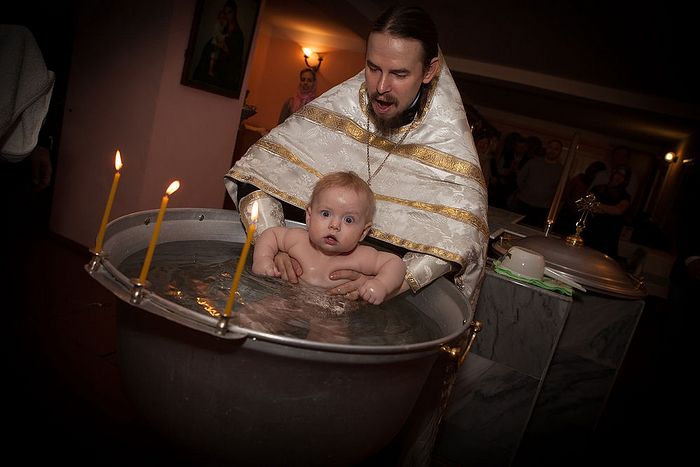 Any priest knows how difficult it is to perform the sacrament of baptism, when you're alone at the analogion and twenty or more people stand behind you. You are to baptize some of them, some came as parents and godparents, others as a support group—that is, uncles, aunts, and grandparents. And none of them attended catechetical lectures. Simply because there are usually none.

The catechetical lectures became mandatory only a few years ago, but before that the church was often filled with people who understood little. "Well, teach the people, you're the priest after all," says a reader. Well... So be it. I clear my throat and begin to talk about friendship with God, about loyalty and trust in Him, about the danger of sin and the bliss of Christ's Kingdom. But I am not heard—children are crying and being capricious and concerned adults are talking about them. Soon I will hear criticism for wasting time. It is necessary to proceed, especially since there is a funeral service at a home after the baptism. Or the consecration of an apartment. Nobody likes the priest to be late. Especially the church rector.

And do you know what is the funniest thing in the sacrament of baptism? No, that's not a mistake, I explicitly wrote "funny". People who were told nothing about this sacrament and about the spiritual life in general smile at the comical aspect of the situation at every baptism. Imagine: A priest, turning away to the altar, lengthily mumbles something in an incomprehensible language, then turns and blows on you in a crosswise manner. He soon asks all present to blow and spit onto the devil for three times. Few can resist smiling.

The priest, if he is young and has been recently ordained, often becomes embarrassed by these chuckles and smiles. I was embarrassed, and so were my companions. And once I came up with the "brilliant" idea of replacing the blowing with a blessing. This is when the priest folds his fingers in a special way and blesses those praying. Well, maybe not praying but languishing. There's no laughter when you make the sign of the cross over the people. Everyone is serious. However, my outrageous tampering didn't last long. 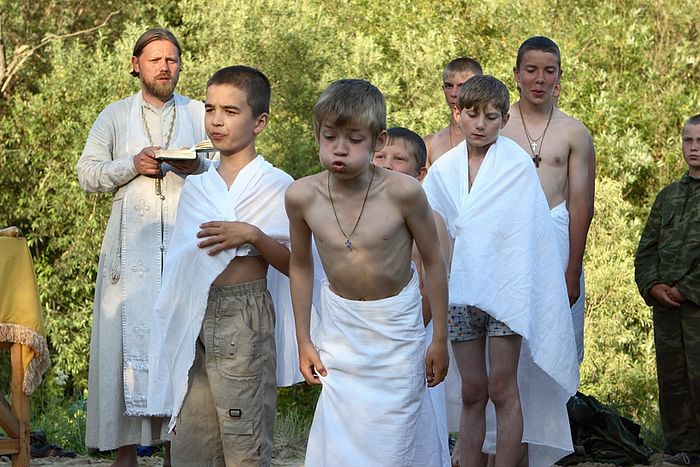 One day a young girl asked me to baptize her. She believed in God but it was hard for her to enter the church. During worship, she felt sick and would rage—with growling, spitting and similar unsightly acts. But she had no money. So after having spoken with her about the meaning of the forthcoming sacrament, I appointed her a separate time free from services. I prepared everything myself, poured water into the baptistery and started waiting, hoping that the rector wouldn't catch me.

The girl came and I started reading the prayers. And something awful was happening behind my back in the meantime. In addition to inhuman sounds, unnatural to girlish vocal cords, I heard muffled threats addressed at me. The girl was rampaging and waving her hands, which was slightly noticeable, reflected in the glass over the church’s icons. It was awkward for me to look behind me—even more so to show my fear. The fainthearted thought of a girl taking some heavy object like a vase and smashing it against the back of my head was spinning around in my mind. After all, there were only two of us in the church.

“Let it be as it may,” I decided and continued praying, trying to pronounce the words crisply and clearly as never before. Finally, I reached the point where I had to blow three times on the one being baptized and I turned around, ready to execute the appointed rite. The girl trembled and growled, looking at me with fierce hatred. Pretending I had absolutely no fear at my 22 years of age and that I baptize the demonically possessed a hundred times a day, I pronounced the words from the Book of Needs:

“Expel from her every evil and unclean spirit that is hiding and nesting in her heart!”

Then I blew on her in a crosswise manner. The girl immediately stopped shaking and growling, straightened up, and her facial expression became calm. Repeating this action twice, I turned to the altar again to continue the prayer. The demonic activity vanished. After the Baptism, Chrismation, and verbal valediction the girl thanked me and went on her way.

Ever since then I have never introduced anything of my own devising into rites of the Russian Orthodox Church, and always try to stick to what is written in the Book of Needs. Kristina7/27/2020 8:34 pm
Praise the Lord! What an interesting yet a bit scary story (with a happy ending)... and how brave & faithful the pries, and how lucky that girl! Rights must always be performed as determined by scripture. Any deviation and/or free interpretation deforms and weakens the mighty power - divine, indeed - which the rite conveys. Rights are a vehicle of God's holy power onto us, and their form is and must stay canonical. God Bless!

Never at a Baptism but more than once at a funeral, someone has told me afterwards, :"Father, you said just the right thing."

Elaine VanWagner3/8/2017 3:59 pm
Wonderful news about the baptism of the girl and the expulsion of the demons from the heart and life of the girl before her baptism.