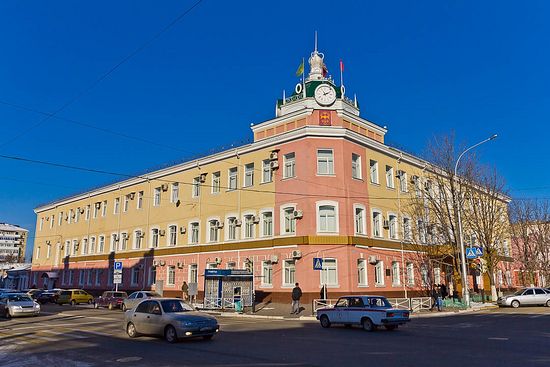 The administration of Maykop. Photo: on-walking.com

The administration of Maykop, the capital city of the Republic of Adygea in southern Russia, not far from the Georgian border, has denied a request to hold a gay parade on March 24, reports Interfax-Religion.

“Taking into account the spiritual and cultural features of the peoples living on the territory of Maykop, where there historically have been strong traditional family values, we believe that the intended event will have a negative public resonance, and therefore it is not possible to hold it,” stated Mayor Alexander Narolin.

According to a municipality representative, they also notified the organizers that a notice of violation of the federal law on assemblies, rallies, demonstrations, processions, and picketing was also filed.

The parade organizers were hoping to gather about three hundred people for the event.

The municipality of Cherkessk, 130 miles east of Maykop, also earlier denied the application of Moscow and Sverdlovsk region organizers to hold a gay parade on March 21. As earlier reported, the town of Salekhard in the Russian north also refused two LGBT rallies and a march in January.