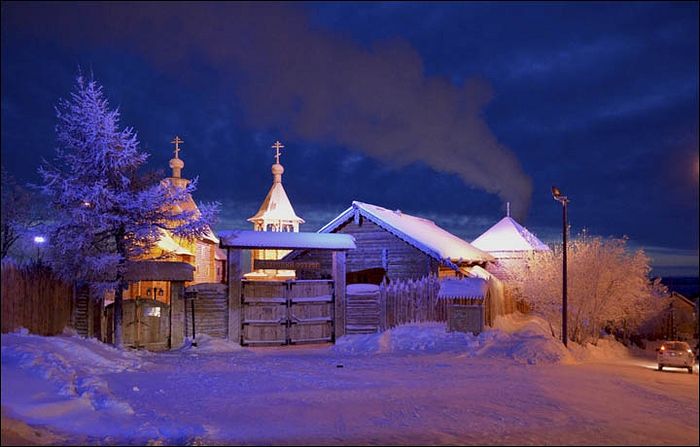 LGBT activists gave a notification of intention to hold two rallies and a march in the Russian town of Salekhard, the closest town to the Arctic Circle, 1200 miles northeast of Moscow. In its turn, town administration gave its refusal, reports Interfax-Religion.

“We received notice of meetings to be held on January 29 and 31, and a march on January 30. It was designed for 300 people. The refusal was sent to the applicant,” stated a representative of the Salekhard press service, explaining that the proposed activities violated the law “On Protection of Children from Information Harmful to Their Health and Development.”

This was the first time the LGBT community had made such a notification to the administration of Salekhard, and it has already made an appeal to the city court regarding the prohibitions on their events.

The law “On Protection of Children from Information Harmful to Their Health and Development” was first passed in Russia in 2010, prohibiting the distribution to minors of material depicting violence, unlawful activities, substance abuse, or self-harm, with a 2013 amendment adding a ban on materials propagandizing non-traditional sexual relationships. Putin Defends Russia’s Ban On Youth-Focused Gay Propaganda: "I Believe We Should Leave Kids in Peace"
Fr. Mark Hodges
President Putin noted that homosexuals in Russia have the same civil rights as any citizen, but they may not try to indoctrinate Russian youth. The former KGB agent concluded, "I don't see here any infringement on the rights of gay people."

Marina Melony Dunsmore 1/20/2017 9:41 pm
I am glad that Russia is beginning to understand true democracy. Thank you Russia.
×