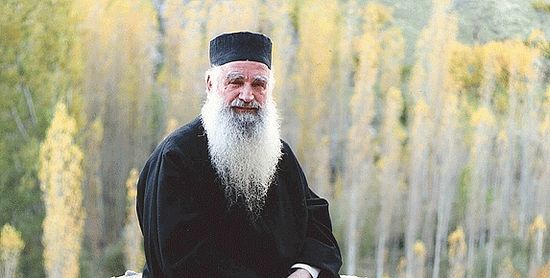 On March 5, the Sunday of Orthodoxy, well-known theologian Archpriest Theodore Zisis announced from the ambo of his church that he was ceasing commemoration of Metropolitan Anthimos of Thessaloniki, reports Credo.ru.

After years of involvement in the ecumenical movement, since the 1980s Fr. Theodore has become one of Greece’s strongest and most-trusted outspoken critics of ecumenism. Most recently he has been a vocal critic of the June 2016 Pan-Orthodox Synod on Crete, both before and after its convocation. Critics of the council have mainly focused on the text “Relations of the Orthodox Church with the Rest of the Christian World,” arguing that when the Church is coming together to give voice to its dogmatic self-understanding, it cannot use the term “church” in reference to any other confessions, but must strictly speak of the one Church confessed by the Nicene Creed.

In November, His All-Holiness Ecumenical Patriarch Bartholomew called upon Archbishop Ieronymos of Athens to defend the documents produced at the Crete Council and to quell criticism of them, warning that he would break communion with those individuals who vocally criticized the council, after which Metropolitan Anthimos of Thessaloniki instructed Fr. Theodore to cease expressing any criticisms of the council.

After a time of prayer and discernment, Fr. Theodore has decided that his conscience will not allow him to be silent about what he sees as a danger to the Church, and thus he has responded by ceasing commemoration of his ruling bishop, stating, that the metropolitan has shown “bareheaded” his alignment with the heresy of ecumenism through his acceptance of the Crete Council and his push for a Church-wide acceptance of it at the Holy Synod meeting of November 23-26, 2016.

In using the term “bareheaded” Fr. Theodore alluded to Canon 15 of the First-Second Council, held in Constantinople in 861 and attended by 318 holy fathers, including St. Photios, the Patriarch of Constantinople, which allows for a priest to cease commemorating a bishop who is “preaching the heresy publicly, and teaching it barehead in church.” The canon notes that this “walling off” is not an act of schism, but is indeed praiseworthy, done in defense of holy Orthodoxy.

Fr. Theodore also stated that the Crete Council cannot be justified as it was neither holy, nor a synod, nor representative of the mind of the fullness of the Church. Then directly citing Canon 15, Fr. Theodore announced that on the Sunday of Orthodoxy, when the Church proclaims its triumph over all soul-destroying heresies, he would cease commemoration of his bishop, as he is unable to commemorate all the great saints who have battled against heresy, while commemorating a bishop he believes has fallen into heresy.

His announcement was met with cheers and applause from the congregation.

Both Fr. Theodore and another Thessaloniki priest, Fr. Nicholas Manolis, who has also ceased commemoration, have been summoned to a spiritual court and face the possibility of being defrocked from the holy priesthood. In his announcement, Fr. Theodore asked Metropolitan Anthimos to defer to Canon 15 of the First-Second Council and to allow Fr. Theodore to continue his work.

Note that among critics of the Crete Council there is disagreement over how to proceed. In January, Metropolitan Hierotheos (Vlachos), one of the most respected bishops and theologians in the Church today, who has offered several weighty critiques of the council, urged others not to cease commemoration of their hierarchs.

Consequences of the One Church – Unecumenism
Fr. Stephen Freeman
Put yourself in the fourth century. There is only one Church, and that Church is One.
Comments

m. Cornelia3/16/2017 10:28 am
George, you sound too harsh. God wants all people to be saved. It's up to Him. We know that the Orthodox Church is the saving Ark, but the neither are the Orthodox saved automatically. We have to avoid extremes.

George3/16/2017 10:01 am
I don't get what the point of ecumenism is. It is really based off emotions and emotions alone, which contradict logic. People see other "religions" and sympathize with them, but they are all in error. Why don't people teach anymore that there is no salvation outside the Church? I don't think it is possible for any Roman Catholic or Protestant to be saved, they will be damned and in Hell forever. This may seem harsh, but they are no longer Christian, and we cannot lie to God and tell these heretics that those who blaspheme the Creed are members of his Church. Ecumenism is a delusion of the last hundred years. Do you really think that less than 99.5% of people alive today should not suffer eternal death?

Anthony3/15/2017 11:42 pm
God bless Pater Theodoros. One of the thorns, alongside Mitr. Serafim and Mitr. Amvrosios in the Phanar's side. The three modern day bastions of Greek Orthodoxy. Axios Axios Axios
×