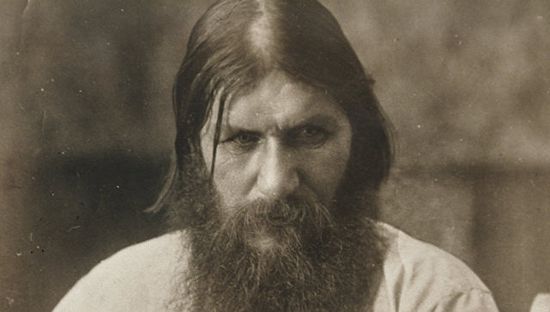 Speaking at the State Historical Museum on Saturday, March 18, in a lecture entitled “The February Revolution of 1917: What Was It?” deputy abbot of Sretensky Monastery and chairman of the Patriarchal Cultural Council Bishop Tikhon (Shevkunov) encouraged the gathered crowd to draw lessons from the tragic events of the past. During the course of the talk, the topic of Gregory Rasputin was broached, who Bp. Tikhon called an “absolutely mysterious figure.”

The head of the patriarchal council said he believes it necessary to conduct a “serious study” into the personality of Gregory Rasputin, whose memory has been intimately connected with that of the family of Russia’s last tsar, holy Martyr Nicholas II. In his talk he warned against making hasty judgments about Rasputin, touching upon those who are pushing for his canonization, reports RIA-Novosti.

“There’s a whole group that’s trying now to declare Rasputin a saint. But wait—everything has to be very seriously investigated here. I don’t want to categorically say ‘no’ to anyone. Of course it is a question demanding the most serious research,” the bishop stated.

Speaking for himself, Bp. Tikhon said that Rasputin “remains a completely mysterious figure: we meet such people in history, and we will know about them only at the Last Judgment.”

“Truly he helped stopped the bleeding of the heir—Alexei Nikolaevich, and in this he was completely indispensable for the royal family, but there also exist objective facts … that speak about certain extremely unpleasant moments in his behavior… He was an unusual man, and often these testimonies offered to us dispute other facts and testimonies,” Vladyka noted.

“They used him for undermining the government, and that is absolutely clear,” he said, calling again for serious research. He also noted that in his time, some members of the Church hierarchy related to Rasputin negatively, and some quite affectionately and respectfully. Ural researchers reveal unknown facts from the life of Gregory Rasputin
“In particular, new information will be presented in the book about the genealogy of Rasputin on the basis of documents which we found,” she noted.
Comments

In my poor understanding, the glorification of the holy man Gregory Novy (called Rasputin) and the removal of the mummy still glorified by many from the sacred heart of Holy Rus' are the stumbling blocks preventing Russia form completing her repentance and be made whole.