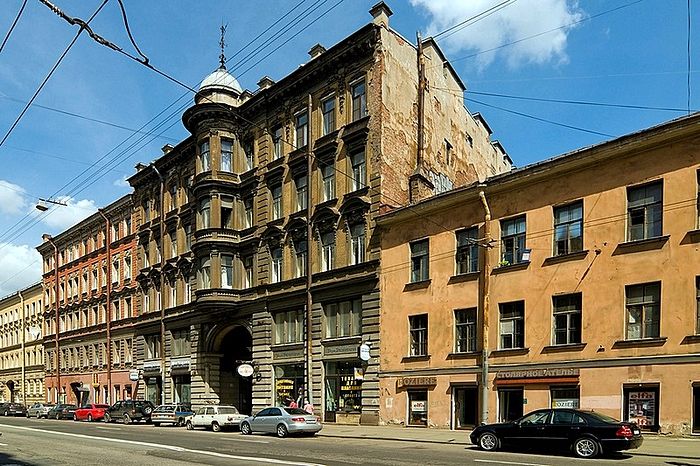 December 30th marks the 100th anniversary of the murder of Grigory Rasputin, who remains one of the most controversial figures in early 20th century Russian history. The apartment of the well-known strannik on Ulitsa Gorokhovaya, continues to attract curiosity seekers to this day.

Grigory Rasputin moved into the five-room apartment on the 3rd floor in 1914, where he lived with his two daughters.

According to a report this week in the St. Petersburg newspaper Metro, engineer Dmitry Filatov, the current owner of the apartment has announced plans to restore the apartment and turn it into a Rasputin museum. Filatov currently has a collection of furniture and personal belongings relating to Rasputin stored in a large room of the apartment.

There have been rumours circulating for years about such a project, however, according to Filatov, the proposed museum would involve restorers and consultants from the Yusupov Palace on the Fontanka.

The apartment is currently in very poor condition, and in need of repair to the floors, walls, ceiling, and wiring.

Despite the numerous tenants of the apartment over the past century, some of the original details have been preserved. For example, pre-revolutionary vintage wallpaper and a layer of newspaper were discovered under a layer of Soviet-era wallpaper.

The kitchen is one of the main attractions of Rasputin's apartment - the door to the back staircase (used for servants), through which on the fateful night of 29/30 December 1916 he left with his killer Prince Felix Yusupov. A large hook and parts of the original doorbell have survived to this day.

The apartment block which is situated at 64 Gorokhovaya Ulitsa was built in 1901-1902, The area has lost much of its former glory. In the 19th century, Gorokhovaya Ulitsa was one of the most popular and prestigious areas of St. Petersburg. Numerous apartment buildings were built and the street itself was famous for an abundance of elegant shops and beautiful houses of wealthy merchants. This street is often referred to in the pages of many literary works of authors such as Dostoevsky, Goncharov and others.

Some residents belive that Rasputin's ghost appears on the dark stairs of the building. Dmitry Filatov continues to receive letters from people all over Russia, who seek Rasputin's help, in the belief that the old man will hear them from heaven.

Unofficially, tours of Rasputin's apartment have been conducted for at least ten years. While the exact date of the end of the repairs is unknown, the centenary of Rasputin's death is bound to attract its share of curious visitors. 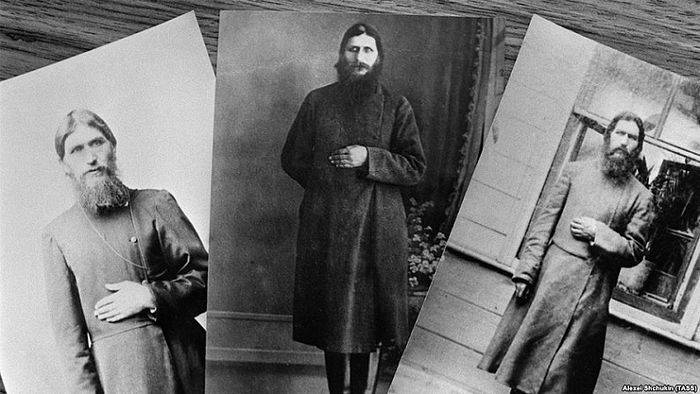 Grigory Rasputin (1869-1916), remains one of the most controversial figures in early 20th century Russian history

Meanwhile, new documents associated with Gregory Rasputin are now available in the electronic fund of the Boris Yeltsin Presidential Library in St Petersburg. The documents have been digitized and available online at the library's website and in electronic reading rooms.

Among the documents are two large archives, containing stenographic reports of an interrogation and a testimony given in 1917 to the Extraordinary Commission of Inquiry of the Provisional Government. The original came from the State Public Historical Library and features a testimony taken from the higher ranks of the police department of St. Petersburg - A. V. Gerasimov, A. I. Spiridovich, V. N. Voeikov, V. A. Maklakov and others. A. A. Vyrubova and O. A. Lokhtina - representative of Rasputin’s “immediate circle” - were brought for interrogation from an amount of individual civilians.

Filed originals and copies of 1908-1916 years are digitized and available in the electronic funds of the Presidential Library. There are seven volumes of protocols of interrogations under a general title The fall of the tsarist regime numbering about 4,000 pages of unique confessions of senior officials, in first hand those who in any way came in contact with Rasputin. St. Maria of Helsinki
Archpriest Andrew Phillips
All the tears that you have shed will glitter like diamonds on the robes of the Mother of God; for all your sufferings and trials God will especially bless you and reward you. —Prophecy of the Holy Martyr Tsarina Alexandra Ural researchers reveal unknown facts from the life of Gregory Rasputin
“In particular, new information will be presented in the book about the genealogy of Rasputin on the basis of documents which we found,” she noted.
Comments

You hope that Russia do not romanticize the demonic forces hidden behind the revolutionaries (their number included Kerensky and the assassins of Rasputin) who almost destroyed Holy Rus', yet at the same time you rigurgitate mindlessly all their libel and slanders against a martyr.

The holy man Gregory Novy (called Rasputin) was the first of the new Martyrs of the Holy Rus'!

The sooner Russia and Russians atone for their blindness and the Patriarchate glorifies him after a century of lies, the sooner the Lord will accept our repentance for the perjury, the betrayal and the apostasy which claimed the life of His anointed and unleashed all the Hell's power upon the earth.

Alex Kakavas1/1/2017 8:56 pm
Although this may be interesting from a Russian historical perspective, I do not think this museum warrants mention in A publication focused on Orthodox Christianity. This person, who many in the Western world still mistakenly consider Orthodox, was a blight on all the best things that pre-revolutionary Russia had to offer. Let's focus on the Saints of the time, and not the pseudo-Orthodox charlatans.

I hope that during the upcoming 100th anniversary of the Communist revolution in Russia, modern Russians focus on the tragedy that was caused by this Revolution and does not somehow romanticize the demonic forces that were Lenin, Stalin and other murderers of the Russian and other peoples of the Tsarist Empire. You have plenty of other heroes, focus on them please.
×