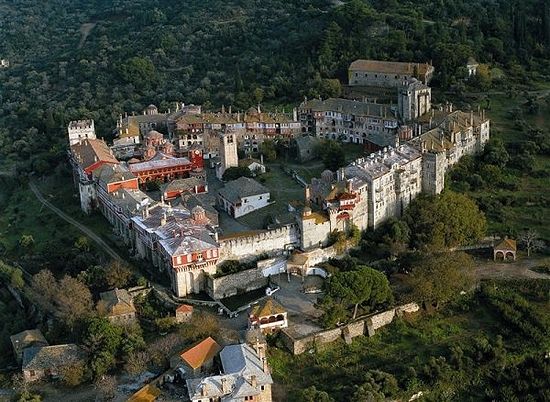 Yesterday it was announced that Archimandrite Ephraim, the abbot of the Athonite monastery of Vatopedi, along with thirteen others were found innocent in an eight-year-long court battle over land transfers between the Greek government and the monastery which saw the abbot spending three months in jail in 2011-2012.

The courtroom full of hierarchs, clergy, monastics, and faithful laity erupted into applause at yesterday’s announcement. “We thank God and the Panagia [the Theotokos—ed.] for the successful outcome of the case,” Fr. Ephraim said as he left the court yesterday.

Later in the day, a statement on the matter from Vatopedi Monastery was released:

Today’s verdict on the part of the Greek justice system has restored the honour of those who have been so unfairly treated for almost a decade.

The Holy and Great Monastery of Vatopaid glorifies God for permitting those people to be vindicated.

It can now continue its spiritual and charitable tasks without let or hindrance.

Thanks are due to the Ecumenical Patriarch, Bartholomew I, the Church of Greece, the Patriarchates of Alexandria and Jerusalem and to all the clergy and laity who supported us all these years.

Vatopedi Monastery is one of the twenty ruling monasteries on Mt. Athos, and is today the most populous, with over 100 monks. It is home to many spiritual treasures, the most notable of which is the Cincture of the Theotokos, which she wore on earth. The monastery also possesses the skull of St. John Chrysostom. The Great and Holy Monastery of Vatopaidi

The Great and Holy Monastery of Vatopaidi
December 17/30 the holy Orthodox Church commemorates Sts. Athanasius, Nicholas, and Anthony, the tenth century founders of Vatopaidi Monastery, one of the twenty great monasteries on the holy mountain of Athos. As with all of the monasteries on the mountain it has a deep and rich history, with a number of saints, and today it houses several miraculous icon and relics. Court fines journalist who slandered Abbot Ephraim of Vatopedi
The Romphea Greek Church agency reported the judicial decision of the first instance court of the city of Athens on the journalist Kostas Vaxevanis, who was the first to begin the media campaign against elder Ephraim and the Vatopedi Monastery.
Comments
×