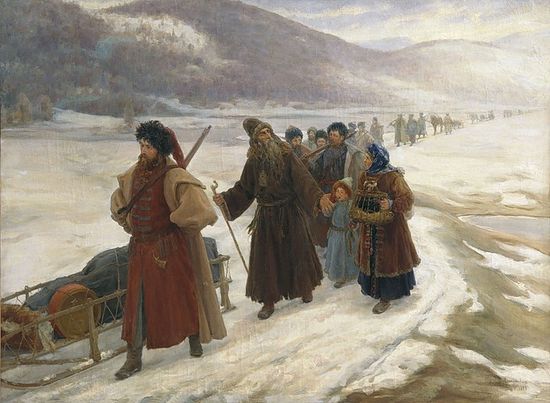 
Representatives of the Russian Orthodox Church will be invited to the events dedicated to the 400th anniversary of the leader of the Old Believer movement Avvakum, reports Interfax-Religion.

“We can only assist in holding the conferences on sites where people from various religious views, various confessions, and various historical schools could be gathered. If you remember, the overcoming of the lines of division between representatives of the Moscow Patriarchate and ROCOR also began with conferences,” Russian Deputy Ministery of Culture Alexander Zhuravsky said on Friday at a session of the organizing committee for the jubilee events for the 400th anniversary of the day of birth of Archpriest Avvakum.

While noting that the state itself cannot “officially initiate” steps to overcome the centuries-old schism between the Russian Church and the Old Believers, the public official also said that the joint events will help “if not to eliminate the division, then to bring historical positions together,” and where this will further lead “is not for us to decide, but for the Churches.”

The Deputy Head of the Department of National Policy and Interregional Relations of Moscow Constantine Blazhenov also noted that the city government will increase funding for the celebrations for Avvakum.

Archrpriest Avvakum Petrov (1620-1682) has gone down in history as an irreconcilable opponent of the Church reforms initiated by Patriarch Nikon and Tsar Alexei Michailovich, which resulted in schism. He was the ideologist and most visible actor of the Old Believers in the period of their emergence, for which he was exiled, thrown into prison, and eventually executed. He has remained an authoritative and iconic figure throughout the history of the Old Believers, and is revered by them as a confessor and martyr. What can special-purpose Russian troops learn from Siberian Old Believers?

What can special-purpose Russian troops learn from Siberian Old Believers?
The Russian military have conducted a 60-mile experimental training exercise through mountainous taiga in Siberia with Old Believers as their instructors.Facebook DECR staff members take part in congress organized by International Council for Central and Eastern European Studies
On 7-10 August 2015, an international meeting of Old Believers took place in Ulan-Ude, marking the 250th anniversary of the arrival in Buryatia of the first Old-Rite settlers.
Comments
×