Russian Church to continue adding Western saints to its calendar 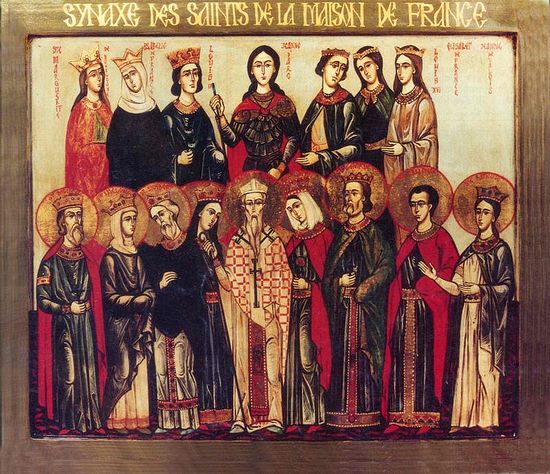 At its March 9 session, the Holy Synod of the Russian Orthodox Church decided to add St. Patrick, the Enlightener of Ireland, St. Alban the Protomartyr of Britain, St. Genevieve of Paris, and twelve other Western saints from the first millennium, before the West departed into heresy, to its official calendar.

As Interfax-Religion reports, the Russian Orthodox Church intends to continue adding such revered Western Church figures to its calendar for annual celebration. Metropolitan Hilarion (Alfeyev) of Volokolamsk stated on the “Church and the World” television program that “This process is not completed. It has only started.”

According to the bishop, St. Patrick and the others were added to the calendar at the request of Russian dioceses in the diaspora which have already been venerating such saints. “There are other Western saints whom I hope will also soon be included in the calendar of our Church,” His Eminence stated.

As he explained, the Russian Church’s guiding criteria is that the saint is venerated and included on the calendar in a certain locality, and that the saint lived before 1054, “as everything that happened afterwards belongs to the separate history of the Orthodox Church and Catholicism.”

He also noted that it is important that the person was not engaged in a struggle against Orthodoxy, “as happens with certain Western religious figures.”

Furthermore, the official inclusion of Western saints onto the calendar should not be seen as a step towards rapprochement with the Catholic communion, but rather it is a realization of the local reality of the one, true Orthodox Church, as all true saints of the first millennium, whether Eastern or Western, belong to the Orthodox Church. The Saints Rejoice in Moscow
Archpriest Andrew Phillips
Sixty-five years after the greatest saint of the Russian Diaspora, St. John of Shanghai, an impeccable Russian patriot, monarchist and anti-ecumenist, drew up a list of Western Orthodox saints to be added to the Russian Orthodox calendar, word has reached Moscow. Tom Browne4/1/2017 4:40 pm
Very interesting. Only recently on the deaths of Christians in Syria & Iraq & the killing of Coptic Christians in Egypt made me aware of the unlawful killings by Isis in those countries. I've mentioned it many times on Facebook & tried to bring it to the attention of our government to take action & give priority over muslims & allow Christians immigrants easy access to the UK. I shall continue to follow Orthodoxies.
×