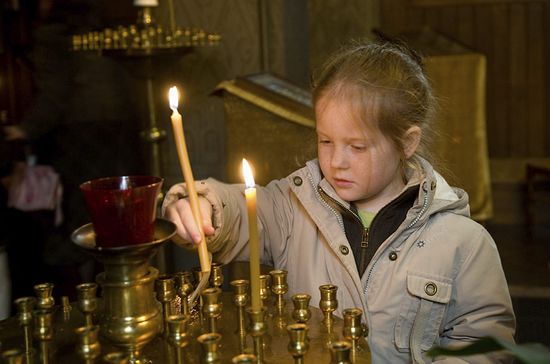 A new study on the state of evangelization and outreach in Orthodox parish in America has been released by the Assembly of Canonical Orthodox Bishops of the USA, a group including all the active canonical bishops of all jurisdictions in America.

The study, “Go and Make Disciples: Evangelization and Outreach in US Orthodox Parishes,” is the first of its kind, exploring the practices and strategies implemented in “exemplary” parishes from seven Orthodox jurisdictions in America.

Both the Full Report, prepared by Alexei Krindatch, the Assembly's Research Coordinator in cooperation with Fr. Eric Tosi (OCA), Fr. John Parker (OCA) and Adam Roberts (Antiochian Archdiocese),and an Executive Summary are available from the Assembly of Bishops’ site.

“An urgent need exists in Orthodox parishes in the United States for a much stronger emphasis on evangelization and outreach. The national studies conducted in 2015‐2016 indicated that without paying serious attention to evangelization and missionary outreach, the Orthodox Church in the United States is likely to stagnate, lose its vibrancy and vitality, and decline in members,” the summary reads.

The study found that the majority of clergy, both in those parishes identified as “exemplary” and in the “normal” parishes, view Orthodox evangelism more as a “passive” (“Come and see”) endeavor, believing the Church’s teachings and practices and the beauty of its worship will serve to draw people to it, although clergy in the “exemplary” vs. “normal” parishes differ greatly in terms of how this approach is embodied.

The study found that essentially all clergy believe that genuine Orthodox Christian lives and parish communities are the best witness to the faith, but “exemplary” parishes provide a better example of it, as well as providing a more inclusive and meaningful worship experience.

Detailed information on these distinctions is provided in the full ʺGo and Make Disciples: Evangelization and Outreach in US Orthodox Parishesʺ report, describing those features of the ʺexemplaryʺ parishes that make them ʺstronger magnetsʺ for new members of the holy Orthodox Church.

The present study focused on the beliefs, attitudes, and practices of Orthodox clergy in America, while recognizing the importance of the activity and input of laity as well. Thus, a further study is planned that will focus on the evangelization and outreach efforts of laity in the Church. Trying to Resemble a Genuine Community in Christ
Igumen Nektary (Morozov)
Christian ministry… Despite its apparent simplicity, today this expression remains obscure for many parishioners. Or, more often, it is clear only “in general” but is somewhat inapplicable to one’s own life.

"The Church is not a Social Club"
Fr. Sergius Nezhbort
Sometimes it happens when the person least expects it: God comes into our lives and there is nothing we can do with this. On Spiritual Safety in the Church
Deacon Andrei Psarev Should we be arming parishioners?
Fr. Barnabas Powell

Should we be arming parishioners?
Fr. Barnabas Powell
The question of armed security, or parishioners carrying concealed weapons in church, was raised at an Orthodox clergy gathering I recently attended, and most were of two minds, reflecting a diversity of precedents.
Comments

Gregory4/27/2017 12:29 am
Exemplary vs normal Orthodoxy...interesting...what happened to some seed produced "a hundred fold...some sixty...some thirty??

Ross Andrew Berry4/25/2017 4:03 pm
The Church in America is riddled with Cults, Coverups, and No-Consequences. I have twice been life-raped and had my adult life destroyed by the American Church for the crime of trying to evangelize. First by the Antiochian Archdiocese whose fraud bishops, led by Philip Saliba who laid hands on the remnants of the most notorious cult movement in modern American history -- the Jim Jones/Jesus People movement, responded to the slaughtering of their sheep with coverup. I was excommunicated from the Antiochian Archdiocese for being married in the Greek Orthodox Church. Then as I brought a new convert into the church, the screaming cult priest of the Romanian Archdiocese of the OCA ordered my wife to spend every penny we had in the bank and destroy our finances, and began screaming at me to obey him with my money, after abusing my godson. This screaming abuser was moved into the church as a known abuser, he cost me my marriage, my children's childhood, and, (no exaggeration), about a million dollars. The OCA has no business trying to stand on its own, they have married lesbians teaching children at the National Cathedral.
×