His Beatitude Metropolitan Onuphry speaks on the most important miracle in every man’s life, and the speedy aid and miracles of St. Nicholas by prayers to him. 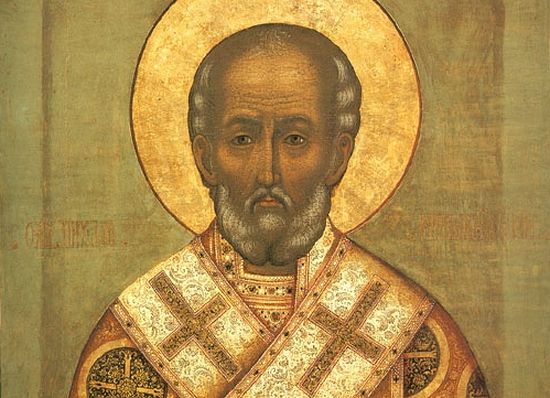 —Your Beatitude, the Church celebrates the holy hierarch Nicholas of Myra on December 19 and May 22. Tell us please about St. Nicholas’ main miracles in his lifetime, and about his wondrous deeds.

—St. Nicholas was a naturally very active person. He tried to harmonize all his deeds with the Divine will; his life was guided by the sacred laws and rules of the Holy Gospel. Being a bishop in the city of Myra in Lycia, he greatly helped the poor and defended the downtrodden. St. Nicholas used his great authority and respect among the secular rulers, and if someone was unjustly condemned, they would turn to the saint, and he would come with a petition for the condemned. But the saint not only gave alms to the poor, helped orphans, and defended those who were unjustly condemned to death—for this is not enough for man’s salvation. It is also necessary to preserve the purity of the holy faith. That is precisely why St. Nicholas was so zealous at the First Ecumenical Council, when the question of the relationship between the Savior and God the Father was raised. The problem consisted of one letter: “Homoousios” is a Greek word meaning “of one essence,” and “homoiousios” means “of similar essence”—that is, it was about the definition of the essence of Christ in relation to God, with Whom Christ is of one essence. St. Nicholas defended “homoousios” and struck Arius on the face for his blasphemy, and the Lord did not condemn him for it, although the bishops decided to deprive the saint of his episcopal rank. The worthy men had a vision: The Lord gave the saint the Gospel, and the Mother of God placed an omophorion on him. The holy fathers understood that God had forgiven the saint his sin, because he had done it not out of personal predilection, but because he was zealous for the purity of the holy faith.

—And what is known about the modern miracles and help from St. Nicholas in our day?

—When I was in the city of Myra (within the territory of modern Turkey), our guide, a Turk, told us an amazing story about the intercession of St. Nicholas. Once she had to work with a group that had a little three or four-year-old boy. For some reason, he got cranky and began to cry. His crying grew worse and worse, and finally the child threw such a tantrum, that, as our guide said, he was crying both “on the inhale and on the exhale.” Everyone was afraid, not knowing what to do, but the child turned blue, dead in the eyes. Then Suma (our guide) turned to St. Nicholas: “Nicholas, we’re coming to see you, but this child’s not allowing us to; we should return, because he could die from such strong, constant crying. If you want us to come to you, make this child stop.” As soon as she prayed, the child stopped. The group arrived to St. Nicholas, and the child didn’t even make a peep. Suma told us of many other instances (she was Muslim, by the way) where St. Nicholas worked miracles by her prayers, and those of other Turks, who turned to him for help.

—Why is St. Nicholas’ help considered the quickest?

—If a man does not have the true faith, he cannot find the correct place in relation to the Creator to restore within Himself the image of God and to enter the Heavenly Kingdom, because there is no path there for the impure.

St. Nicholas helps those who believe, to affirm their faith, and those who do not yet know God, to kindle in them the flame of faith, but certainly not to approve of their lives and deeds. As the Lord makes the sun to shine upon all, whether good or evil, and the rain to fall upon all, and calls everyone to salvation and knowledge of the truth, so St. Nicholas does good deeds for those who do not know the true God in the hope that they will understand and turn to the Creator.

—What is the most important miracle in any man’s life?

—The most important miracle in our lives is to meet God, and for this, every man must see his negative sides within himself. We should condemn ourselves and say, “That which I do is wrong; I should not act thus.” Even when we can’t deliver ourselves from some sin, we should not welcome it. This is the first step a man must take to bow before the merciful God. And then it is important to pray, to beseech God, to repent, to turn to the holy God-pleasers, above all St. Nicholas, that they might help us defeat our weaknesses and infirmities, that we would be vessels able to bear the grace of the Holy Spirit.

The main miracle in any man’s life is the man himself. Look at yourself in the mirror! How much wisdom, harmony, and beauty is found within you! In you is the gift of life; you can feel, see, hear, walk, and create. And Someone gave you all this and preserves it in you. This Someone is our God. Whoever sees it, and comprehends it with gratitude to the Most High for all the days of his life, whoever repents of his falls and stands again, the same becomes like St. Nicholas and all the saints. There is a St. Nicholas!
“I took the sack. It was heavy. I took it inside the hut and opened it… My dear children!...” the elder began to sob. “There were fresh loaves of bread in the sack. And they were still warm, absolutely hot! As if they had just taken them out of the oven. But what oven could be there?! There wasn’t a single home within fifty versts, only exiles and prisoners.
Comments