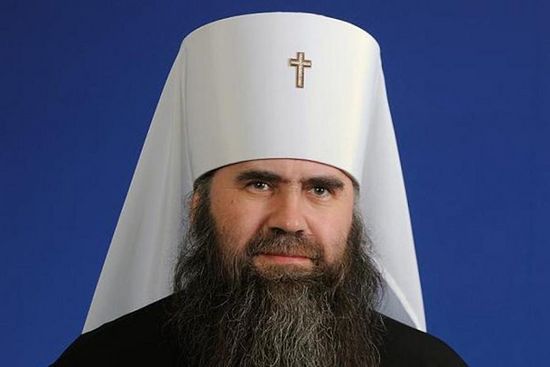 Taking an example from His Holiness Patriarch-Catholicos Ilia II of Georgia, Metropolitan George of Nizhny Novgorod has begun personally celebrating the Sacrament of Baptism for children from large families, reports Pravoslavie.fm.

Met. George has already celebrated several such Baptisms. Another nine boys and five girls from large families, including one family with triplets, and three families with twins, were baptized by the hierarch on May 13 in the city’s Transfiguration Cathedral, marking his sixth mass Baptism.

The metropolitan has been celebrating mass Baptisms for children from large families for more than a year. In the hierarch’s opinion, such an honor should encourage parents to bear and raise new children.

Vladyka George congratulated the families of the newly-baptized, presenting each with commemorative icons of St. Seraphim of Sarov, and other gifts. He also promised to personally commemorate each child at the Divine Liturgy for the next forth days.

With his first mass Baptism on January 19, 2008, Patriarch Ilia commenced his initiative to help improve the dire demographic situation in Georgia caused by post-Soviet abortion rates. Such mass celebrations are held four times a year in which the primate personally baptizes and becomes the godfather for the third and later children of married Orthodox couples. The latest was held on April 30. To date, Patriarch Ilia has acquired more than 30,000 Godchildren.

Patriarch Ilia II baptizes another 1,173 children
This past Sunday the holy Myrrhbearing Women were celebrated in all Orthodox churches throughout the world, and on the day of these holy women who became the first witnesses and heralds of the Lord’s Resurrection, more than 1,000 Georgian children were united to the risen Lord in the holy Sacrament of Baptism