Thousands of faithful honor memory of St. John the Russian in Greece 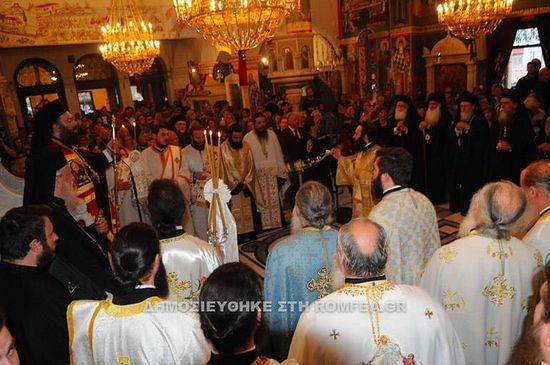 On May 26 and 27, in the village of New Prokopion on the island of Evia, Greece, in the Church of St. John the Russian, where his incorrupt relics are kept, thousands of faithful from all over Greece and throughout the Orthodox world attended celebrations in honor of the great ascetic, reports AgionOros. 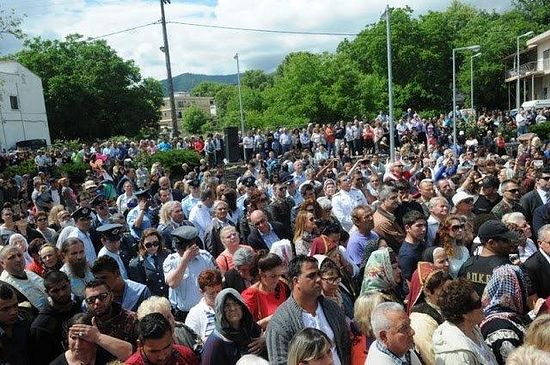 Despite the incessant torrential rain, many walked the traditional thirty-mile path from the city of Chalkida to New Prokopion, as a sign of love and veneration for St. John. Eyewitnesses report that many young people took part in the procession this year. 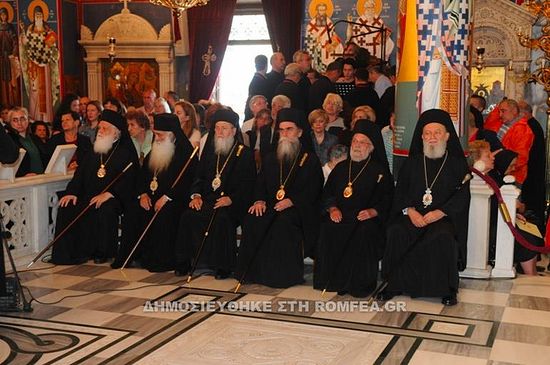 The festive Divine services were celebrated by Metropolitans Chrysostomos of Trikki and Stagoi, Seraphim of Karystia and Skyros, Seraphim of Kastoria, John of Thermopylae, Paul of Sisanion and Siatista, Dionysius of Corinth, Kallinikos of Arta, Chrysostomos of Chalkida and Istia, and Bishop Panteleimon of Theupolski. 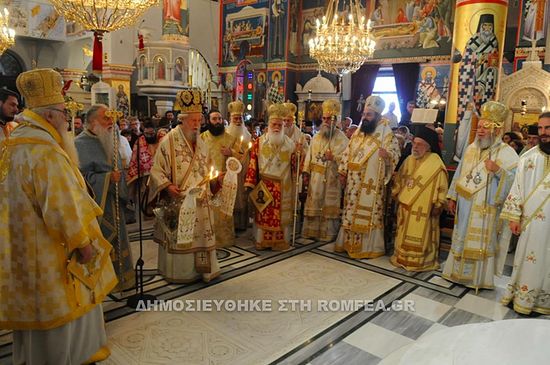 Vespers was celebrated on Sunday evening, May 26, after which all present were welcomed by Met. Kallinikos of Arta. The hierarch referred to St. John the Russia as “a man of light,” who “dispels the darkness of human sin.” 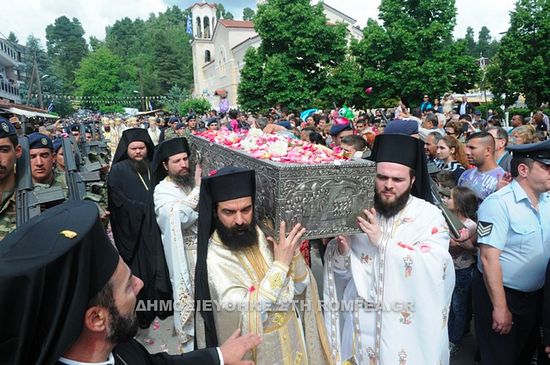 The All-Night Vigil was served at night, ending with the Divine Liturgy at 4:30 AM on Saturday morning. Later, a second, hierarchical, Divine Liturgy was celebrated, after which a procession with St. John’s incorrupt relics made its way through the streets of New Prokopion. 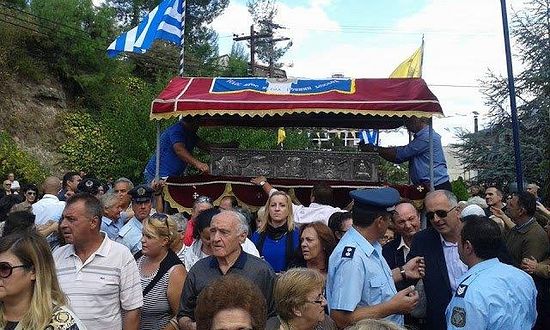 The festivities were attended by bishops, a host of priests, local authorities, and thousands of believers from around the world. The celebration ended with a prayer in the central city square. 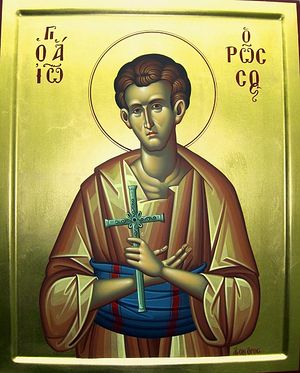 St. John the Russian was born in Little Russia around 1690, and raised to love God and His Church. He took part in the Russo-Turkish War, and in 1711 he was captured by the Tatars, and handed over to the commander of the Turkish cavalry, who took him home with him to the village of Prokopion.

Although some of those captured were swayed, St. John refused to renounce his Orthodox faith and to become a Muslim, for which he was often subjected to tortures at the hands of his master. St. John bravely resisted, saying, “You cannot turn me from my holy Faith by threats, nor with promises of riches and pleasures. I will obey your orders willingly, if you will leave me free to follow my religion. I would rather surrender my head to you than to change my faith. I was born a Christian, and I shall die a Christian.” St. John’s blessed courage mixed with humility softened his master’s heart, and he no longer attempted to convert the pious Russian.

St. John lived and worked in the stables, rejoicing to have a manger for a bed, as did the Lord Himself in His Nativity. He served his master with perfect obedience, and changed the hearts of those around him with his life full of virtues. At night he would often go to a nearby church to keep vigil.

Towards the end of his earthly life, St. John fell ill, and called for the local priest to bring him the precious Body and Blood of the Lord for him to commune one last time. Fearing to go to house of a Turkish commander, the priest sent the Gifts concealed in an apple. St. John rejoiced to commune of the Lord Jesus Christ, and reposed on May 27, 1730. His master allowed him to have a Christian burial.

Three and a half years later, the same priest received word in a dream that St. John’s relics were incorrupt. His body was soon transferred to the Church of St. George and placed in a special reliquary. The new saint was soon glorified by innumerable miracles, and faithful from all came to venerate his wonderworking relics.

In 1924, with the population exchange between Greece and Turkey, his relics were taken to the island of Evia, and in 1951 were placed in a new church dedicated to him. Thousands flock to his church and relics every year on his feast day. St. John’s help is especially sought by travelers and shippers. Thousands of Greeks venerate Belt of the Theotokos (+ Photo, Video)

Thousands of Greeks venerate Belt of the Theotokos (+ Photo, Video)
According to Metropolitan Chrysostomos of Patras, it was a “great honor and blessing” for the residents of the city to receive such a relic in such difficult times for Greece and all of Orthodoxy. Metropolitan Jeremiah of Gortynos: “Our glorious nation is in decline because we have turned away from the God of our fathers”

Metropolitan Jeremiah of Gortynos: “Our glorious nation is in decline because we have turned away from the God of our fathers”
We will not leave His Eminence to struggle alone, because we uphold what our ancestors taught us to cherish, and we love our motherland, the Christians said.

Metropolitan Seraphim of Piraeus: “The Church has always been the ark of salvation for Greeks”
“We are living in the time that is tragic for our country... But Greece has survived much more severe trials, always overcoming them with faith in Christ and the immortal ideals of our nation”.
Comments
×