The Orthodox Church and the Non-Chalcedonians: Part 2 Deification: Pope Shenouda and Matthew the Poor 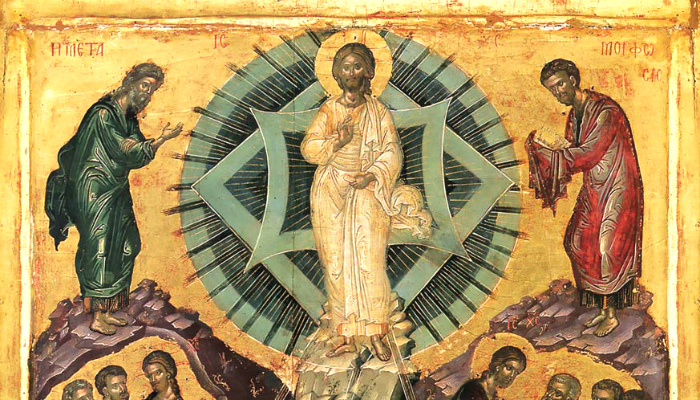 There is one more issue to consider which is central to the Orthodox concept of salvation, and that is deification. I will relate what I have learned from an Orthodox priest who is a university professor. This father is fluent in Arabic and has studied the Chalcedonian/Non-Chalcedonian positions.

The Copts are presently divided over deification. On the one hand, there is Fr. Matta al-Miskeen (“Matthew the Poor”, 1919-2006)—the late spiritual father of the monastery of St. Macarius in Scetis, who emphatically taught deification (and that Communion is of the WHOLE Christ, divinity and humanity). On the other hand, you have the late Pope Shenouda (1923-2012, pope 1971-2012), who denied deification, called it a heresy, and even denied that the Church Fathers ever taught such a doctrine (he also denied that in Communion we partake of the whole Christ, and argued instead that we partake of His humanity alone)! The controversy between Pope Shenouda and Fr. Matta was very public.

From what I understand, Fr. Matta’s views are quite popular today among many Coptic monastics, clergy, and educated laymen, while others follow the late Pope Shenouda’s view. The present Pope Thawadros has not really taken a stance in this controversy, and there has been no conciliar decision on the subject.

For their stances on deification and related issues, Pope Shenouda and Fr. Matta drew on divergent sources. Pope Shenouda drew on the Coptic medieval tradition, in Arabic, which to a large degree suppressed deification. Fr. Matta drew directly on Greek Patristic sources available to him in translations into European languages and on modern Patristic scholarship, in which deification is, of course, prominently present.

This is certainly one significant difference between the Copts (at least those who follow Pope Shenouda) on the one hand and us, Chalcedonian Orthodox, on the other. There are other differences as well. For example, one of the consequences of “monophysitism” (or, to use the more “politically correct” term, “miaphysitism”) is that anti-Chalcedonian Christians (such as the Copts) also believe in ONE WILL in Christ (what we call “monotheletism”), a view rejected by St. Maximos the Confessor and the Sixth Ecumenical Council. 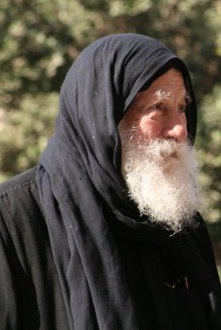 Fr. Matthew the Poor. Photo: citydesert.files.wordpress.com These issues brought up by the Father university professor should be given serious consideration by our Orthodox Church.

I would like to add a bit about Fr. Matthew the Poor since he has acquired a reputation in the English speaking world. He was renowned mentor for monastics and has written a book on prayer which has been translated into English and published in 2003 by St. Vladimir’s Orthodox Seminary Press: Orthodox Prayer Life: The Interior Way. John Watson, in his article, “Abouna Matta El Meskeen Contemporary Desert Mystic,” speaks of the success of this book. “In Arabic it was certainly a key text for Coptic monastic spirituality… It is perhaps not too much to say that his book on Orthodox Prayer has defined the prayer life of thousands of English language readers at the beginning of this century.” Watson continues to tell us of the foundation of Orthodox Prayer Life: The interior Way:

The primary source of Orthodox Prayer Life: The Interior Way was a typed English-language text. Abouna Matta had packed the modest manuscript of only one hundred and twenty-two, doubled spaced, and typewritten pages into his bag. He did not open the English document because he was in a hurry to embark on the solitary life, which began for him in 1948:

“When I finally opened the manuscript of the English pilgrim and found that it contained sayings on prayer, my heart leap for joy. A wave of happiness and exhilaration overwhelmed me. How did God bring this treasure into my hand?”…

The typewritten text was the creation of a British pilgrim who had visited Jerusalem. For the rest of his life, Abouna Matta acknowledged the influence of the English-language writer and the central value of the small booklet, which he had received so long ago.

The author of the text was Archimandrite Lazarus Moore. Again Watson continues to speak of the additional sources of Fr. Matthew the Poor’s book:

For the next fifty plus years Abouna Matta El Meskeen lived with the much-loved little text, translated and typed by Achimandrite Lazarus Moore. But in each decade of his monastic and ascetic life, the Coptic father of the Western desert expanded the primary Russian sources into a major commentary on classical Eastern Orthodox spirituality. Father Matthew had carefully classified and spiritually reshaped an extraordinary series of inspired texts from early Middle Eastern Christianity to nineteenth century Orthodox Russia.

So then, what can we now conclude? Although from the Orthodox perspective, there are serious flaws overall, on the part of the Coptic Christians, specifically in reference to Christology/Soteriology, they have been coming closer to us. But their coming closer to us, was a result of what they have learned from the Orthodox Church—they did not theologize on their own. So is it right to say: “We have believed the same thing all along” or that “They are already Orthodox?” Christology: Being and Becoming
Fr. Patrick Henry Reardon
One way of defining “Christology” is simply, “talking about Christ.” In this elementary sense, of course, Christians have been “doing Christology” from the very beginning—from the very minute they were faced with the question, “What think ye of the Christ?”
Comments

A Copt3/6/2019 4:12 pm
...to reduce the tension as though it was Theosis vs. Anti-Theosis is a clear marker of *not understanding* the depth of the personal conflicts. Pope Shenouda wrote against the change of one's nature and becoming gods by nature, but his writing is full of emphasis on the pursuit of the image and likeness of God and unity with Him. It is best that the dialogue of what we actually believe take place at the level of those who are qualified and given that role by each Orthodox Patriarchate, rather than by personal whims and hearsay. If a person is truly Christian, they will desire unity but never at the expense of Truth.

A Copt3/6/2019 4:09 pm
It is sad to see people take time to write authoritatively on things that they do not live. If I were to publish a series of articles on the present division between the Patriarchates of Russia and Constantinople, should I be seen as an authority? If I have a friend, even deeply involved friends, in those patriarchates, do those qualify me *personally* in any way to be some kind of commentator who holds weight? It seems to me that this is what you have done.I am not one of Pope Shenouda's most ardent admirers, but Pope Shenouda was not anti-Theosis as it is understood.His writings have theosis throughout them. You cannot capture the conflict in a blog or article.I've read EO with same views.

Alexandre3/25/2018 2:31 pm
I don't agree with you claming the controversial between pope shenouda and father matta .
By the way, you have no right to judge an apostolic Church about its orthodoxy, especially when you talk about rumors that are not based on identified sources.
It mat be better that you focus on your faith at first before judging someone else'

Dominica Cranor7/4/2017 7:20 pm
Asking your help: I am a spiritual daughter of Fr. Gregory and I would like to contact Ross Andrew Berry who commented on Fr. Gregory's article. He spoke of Fr. Lazarus Moore in this post on 6/20/17. Would you give Mr. Berry the email address for Fr. Lazarus/myself ? He could also look up frlazarusmoore.com which is a website we established to honor Fr. Lazarus' memory five(?) years ago. He reposed in my home in 1992 in Alaska- Dominica Cranor

Mina Soliman6/28/2017 6:22 am
Actually, the controversy between Abouna Matta and Pope Shenouda is much more complicated than this and has nothing to do with rejection or acceptance of Chalcedon. Just 150 years ago, the Chalcedonian Orthodox also went through a scholastic captivity, and in many instances also rejected theosis. The theological Renaissance of the neo-patristic era brought back a rediscovery of the church fathers on the subject of theosis. Abouna Matta just happened to be someone from the non-Chalcedonian side who's doing the same, and even used anti-Chalcedonian fathers as well! In addition Julianism does not emphasize theosis. It implicitly destroys it.

Ross Andrew Berry6/20/2017 5:39 pm
Fr. Lazarus Moore was a friend of mine, and an unrecognized hieromartyr. In his eighties, he was forced to leave sunny Santa Barbara, California, and go to cold Alaska due to persecution at the hands of the Jesus People cult which entered the Antiochian Archdiocese. May his memory be eternal!

Petra6/20/2017 3:36 pm
I am an Egyptian Coptic Orthodox based in Cairo. I believe that the claim you accused Pope shenoda of, is untrue.please provide the source for this claim. How can Pope shenoda say so when we pray in EVERY holy Mass this Prayer by ST. Basilius :"Amen. Amen. Amen. I believe, I believe, I believe and confess to the last breath; that this is the Life-giving Body that Your Only-Begotten Son, our Lord, God and Savior Jesus Christ ...He made It One with His divinity without mingling, without confusion, and without alteration..Truly, I believe that His divinity parted not from His humanity for a singlemoment nor a twinking of an eye. "God bless You and we pray for the Unity of our churches.

Maximus6/20/2017 7:35 am
There is a problem re: the point made in this article. The institutional church of Russia under Tsar Peter rejected hesychasm and eldership. In the Synodal textbooks hesychasm was called a heresy. The Eastern Patriarchs even accepted the doctrine of indulgences at some point. I’m not a believer in the fullness of Orthodoxy of the Anti-Chalcedonians but even the Orthodox have went through periods of pseudomorphosis. The Copts can easily derive theosis from their own sources, although Providence put Fr Lazarus’ book in Fr Matta’s hands, since the Alexandrian Fathers taught it so forcefully from the very beginning. Historically, Monophysites like Julian of Halicarnassus over-emphasized theosis.
×