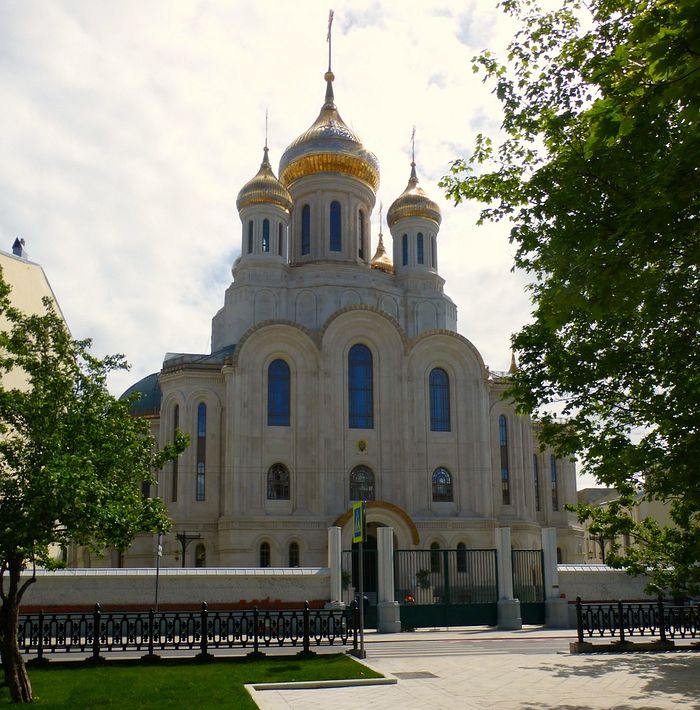 Rector of the Moscow Architectural Institute Dimitry Shvidkovsky has expressed admiration for the new cathedral at Moscow’s Sretensky Monastery, calling it an historical, spiritual, and architectural landmark, reports Interfax-Religion.

“For me, this church is iconic not only in historical, not only in spiritual, but also in architectural terms. This church has an image that returns the silhouette of this part of the city, because the panorama that emerges with Tsvetnoy, Rozhdestvensky, Petrovsky, and Sretensky Boulevards, and with Trubnaya Square, is beautiful,” Shidkovsky stated on Wednesday.

In his view, the church “opens a new page in the history of Orthodox architecture in Russia and in the world.”

“Now we and other Orthodox countries are looking to our masters—in Serbia, in Montenegro. As a member of the Patriarchal Cultural Council, I must say, we can see that our church architecture is not reviving, but has already revived. The amazing creation of a true artistic and spiritual environment in Moscow, which this new church demonstrates, is a huge event,” the rector declared.

May 25, 2017, on the feast of the Ascension of the Lord, His Holiness Patriarch Kirill celebrated the rite of the Great Consecration of the Church of the Resurrection of Christ and the New Martyrs and Confessors of the Russian Church in Sretensky Monastery and led the Divine Liturgy in the newly-consecrated church.

In 2011, Patriarch Kirill called for the perpetuation at Sretensky Monastery of the memory of those killed for the faith during the long years of the Soviet persecution of the Church. In late December 2013 he blessed the cornerstone of the church, which was finished and consecrated in time for the centenary of the bloody Russian revolution.

The most modern technology was implemented in its construction. It is equipped with a ventilation and air-conditioning system for maintaining the internal climate. Lighting, heating, audio and video are controlled by digital equipment.

The cathedral is lined with stone carvings of white Vladimir limestone. The ancient white cathedrals of Vladimir, Suzdal, and Moscow were constructed from such stone.

The two bottom floors house an auditorium for educational and youth activities. Two museums will be created in the church: on the New Martyrs, and on the Shroud of Turin Liturgy of the Presanctified Gifts at the New Church of Moscow’s Sretensky Monastery
Photogallery
The Divine service was celebrated under the open sky. Two thousand Orthodox Christians gathered this evening at the Lord’s Mystical Supper.
Comments
×