Patience: Being Able to See Clearly 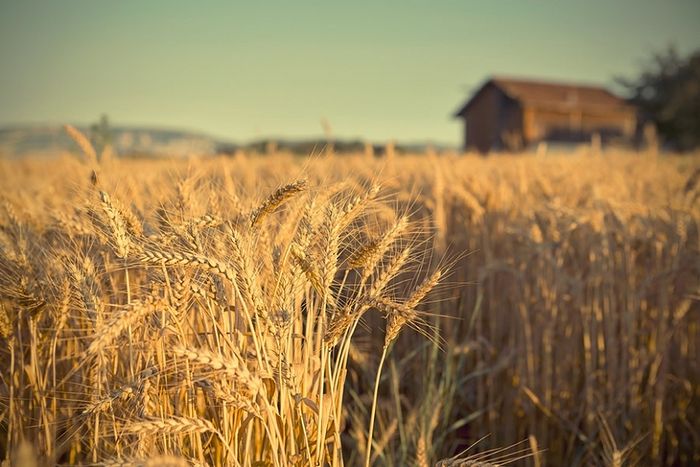 “Be patient, therefore, brethren, until the coming of the Lord. Behold, the farmer waits for the precious fruit of the earth, being patient over it until it receives the early and the late rain. You also be patient. Establish your hearts, for the coming of the Lord is at hand. Do not grumble, brethren, against one another, that you may not be judged; behold, the Judge is standing at the doors. As an example of suffering and patience, brethren, take the prophets who spoke in the name of the Lord. Behold, we call those happy who were steadfast. You have heard of the steadfastness of Job, and you have seen the purpose of the Lord, how the Lord is compassionate and merciful.”  (James 5:7-11)

“Patience is a virtue,” goes the saying. It is indeed one oft mentioned in the New Testament but rarely in the Old Testament. Patience needs other virtues to bear fruit, otherwise it can just be inaction, passive tolerance. Patience needs to be coupled with the actions of love, kindness and mercy to be Christian virtue.

“Therefore the patient [people] should be told to study how to tolerate those whom it is necessary for them to love. For if love does not follow patience, the virtue on display will transform itself into the greater sin of wrath. Thus, when Paul says: ‘Love is patient,’ he immediately adds: ‘it is kind’ (1 Corinthians 13:4). Clearly those who are tolerated in patience are also loved with unceasing kindness. And so, the same great teacher when he was persuading his disciples of the virtue of patience, was saying: ‘Let all bitterness, and wrath, and indignation, and clamor, and blasphemy be put away from you’ (Ephesians 4:31). And having put all outward matters in good order, [Paul] turned to the internal life when he added: ‘with all malice.’

Because clearly, it is useless for indignation, clamor, and blasphemy to be endured externally, if internally malice, which is the mother of all the vices, dominates. In vain is wickedness cut from the outer branches if it survives at the root internally, only to grow again in many forms. Thus, the Truth well says in person: ‘Love your enemies, do good to those who hate you, and pray for those who persecute and speak falsely of you’ (Luke 6:27). For it is a virtue before men to endure adversaries, but it is a virtue before God to love them. Because the only sacrifice that God accepts before his eyes on the altar of good works is the flame kindled by charity. Hence, to those who were patient but did not love, he says: ‘And why do you see the particle in your brother’s eye but not see the beam in your own?’ (Matthew 7:3)

For the disturbance of impatience is the particle, while malice in the heart is the beam in the eye. For the breeze of temptation blows the former, but consummated iniquity makes the beam nearly immobile. Rightly, then, was it added: ‘You hypocrite, first remove the beam from your own eye and then you will be able to see so that you can clear the particle from your brother’s eye’ (Matthew 7:5). It is as if it were being said to a wicked mind, which grieved inwardly but feigned patiences externally: ‘First, cast off the beam of malice and then correct others for their mere impatience; otherwise, if you do not even attempt to conquer your own pretences, you will suffer much more than simply bearing the faults of others.'” On the Purpose of Life
Archpriest Andrei Ovchinnikov

On the Purpose of Life
Archpriest Andrei Ovchinnikov
Let us talk about life. Do you have anyone interesting to talk to about this? If not, then don’t worry as I have very few myself. If you venture to cautiously ask your acquaintances and relatives: “Why do we live on this Earth?” or “What is the purpose of life?” their reaction will be silence or slight confusion. Spiritual Wisdom from a Spiritual Mother of Our Times
Gerontissa Macrina of Panagia Odigitria Monastery
And I say what a good thing it is for someone to be patient! For this reason the Queen said, “Come martyrs of Christ, come great-martyrs of Christ, enter into the platform…” How can I have the boldness to touch such a banquet? It was the banquet for the martyrs who had struggled, who had endured martyrdom and for whom God had prepared greatness! Time, Patience, and the Impulsive
Hieromonk Alexis (Trader)
This God-bestowed gift of patience is required to no longer be subject to the impulsive desires swirling in our hearts. Patience affords us the opportunity to break out of the gratification-filled desires of the present and reflect upon both similar past actions and the future consequences of potential impulsive acts. In that sacred space created by holy patience, we can find another luminous path leading not to the object of our impulse, but to Christ Himself.
Comments
×