Harvard professor Dershowitz compares Antifa to Stalin, says they are “trying to tear down America” 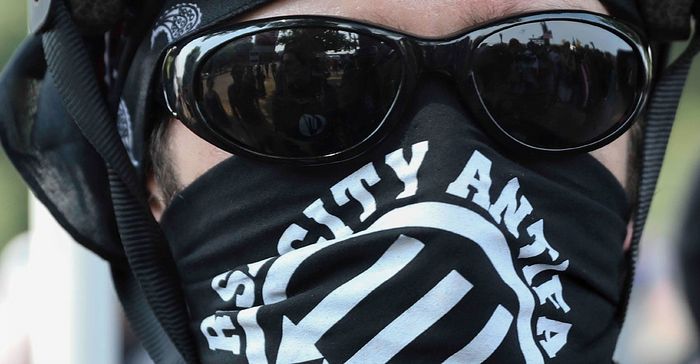 Liberal Harvard professor Alan Dershowitz has urged his fellow liberals to condemn their more radical elements, such as Antifa, and not to consider them heroes for their crusade against statues, because they are “radical” and “anti-American” and area really “trying to tear down America.” He went on to compare the campaign to rewrite American history with the methods of Joseph Stalin in the Soviet Union. His statements came in the aftermath of the recent violence in Charlottesville, VA, on the Fox & Friends news show.

“Do not glorify the violent people who are now tearing down the statues. Many of these people, not all of them, many of these people are trying to tear down America. Antifa is a radical, anti-America, anti-free market, communist, socialist, hard-left sensorial organization that tries to stop speakers on campuses from speaking,” Dershowitz said.

Further, the left’s attempts to whitewash and rewrite history is, in Dershowitz’s opinion, reminiscent of Soviet Union head Joseph Stalin. “The idea of willy nilly going through and doing what Stalin did, just erasing history and rewriting it to serve current purposes does pose a danger. And it poses a danger of education malpractice,” Dershowitz said.

Members of violent leftist groups such as Antifa have participated in riots responding to the rally that left one dead in Charlottesville earlier this month. The riots left statues from Confederate generals to Christopher Columbus to Abraham Lincoln defaced and in some cases torn down. Assembly of Bishops responds to racist violence in Charlottesville, VA

Isidora8/24/2017 8:46 pm
Through a liberal professor God shames the ecumenist, WCC, World Orthodoxy which either agrees with the racist, communist Antifa or is just too spineless (Sergianist) to condemn their behavior.

Mikail8/24/2017 4:04 pm
Dershowitz condemns the group whom the OCA bishops refused to condemn. We live in an upside down world.

Anthony8/24/2017 11:22 am
@Suzie. Greetings dearly beloved! Rejoice. I have to admit. I don't geddit. Why did their most holinesses have to weigh in on something that has nothing to do with them. And quite frankly I'm pretty sure they would get lumped with neo nazis if they refuse to accept same sex marriage so I guess the real point is that they should not be scandalising the faithful with their lob sided statements. Geddit?

And I say once again rejoice!

Susan8/24/2017 10:23 am
John: Maybe that's the whole point--the OCA didn't say it, so they had to publish the words of a liberal Zionist Harvard Law professor. I suppose some one had to say it. Perhaps he is the only one who can get away with it. The Orthodox get lumped in with the neo-nazis if they don't explicitly condemn them. That's how absurd it's all become. Get it?

John8/24/2017 1:13 am
Why are you publishing this article on your website? Where's the condemnation of Antifa from the OCA Synod? Who cares what this liberal, corrupt Zionist has to say?