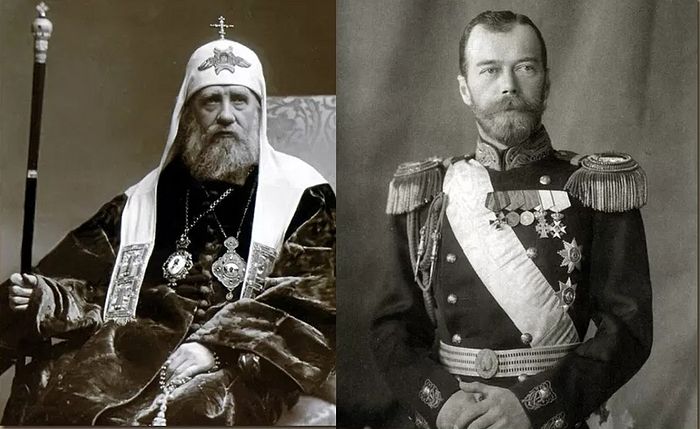 Tsar-Martyr Nicholas II, and Patriarchs St. Tikhon of Moscow, Sergius (Stragorodsky), and Alexey II, and Metropolitan Anthony of Sourozh have been included in Forbes magazine’s list of the 100 most influential Russians of the 20th century, reports online journal Foma.

The ranking of the 100 most influential Russians of the 20th century was compiled for the magazine’s 100th anniversary. The main part of the list consists of those whose political, scientific, cultural, or spiritual activities came at the beginning of the previous century, and exerted influence “on the minds of millions,” although the list also includes 21 of our contemporaries, reports the Russian Forbes site.

The personalities in the list were not ranked according to importance, but were divided into five areas: economy and business, science, politics, society, and culture and arts.

Expert groups, including researches from the Russian Academy of Sciences, The National Research University Higher School of Economics, Russian Presidential Academy of National Economy and Public Administration, Moscow State University, and other leading universities from around the country, helped compile a list of more than 150 influential Russians, while readers then helped narrow the list to 100.

Readers’ number one pick was Soviet astronaut Yuri Gagarin, chosen by 52.2% of readers, followed by dictator Joseph Stalin and President Vladimir Putin, both chosen by 44.6% of readers. "The people opened up their souls!.."
Archbishop Kyrill (Dmitrieff), Zoya Gradov
The icon had been subject to a safety inspection, photographed and registered with customs. But the customs officers were making the sign of the cross and venerating the icon - we were amazed by this. Those who grew up in the West couldn’t possibly imagine such a thing!
Comments
×