Athonites celebrate phenomenon of Light-Painted image of Mother of God 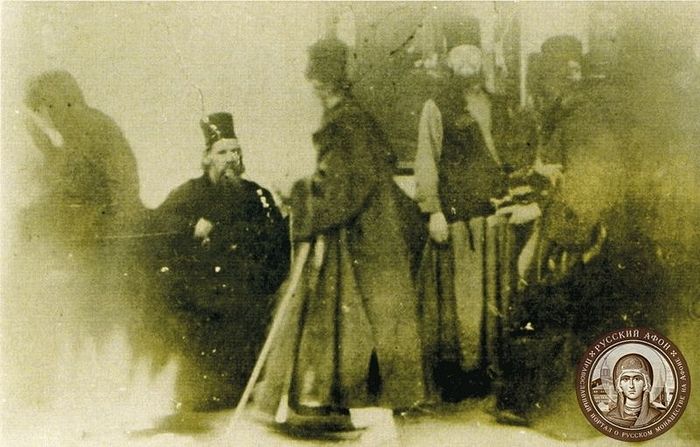 The phenomenon of the Light-Painted image of the Mother of God was prayerfully venerated on September 3 by the brethren of the Athonite St. Panteleimon’s Monastery, reports Russian Athos.

As is known, the Most Holy Theotokos miraculously appeared on August 21/September 3, 1903 in the Russian St. Panteleimon’s Monastery on Mt. Athos. A photograph was taken at the Holy Gates of the monastery during the distribution of alms, which subsequently revealed an imprinted image of the Mother of God receiving charity as if one of the poor brethren from the hands of an elder monk.

The Athonites believe that the miracle of the appearance of the Most Holy Theotokos during the distribution of alms is evidence of the Mother of God fulfilling the oath she gave to protect her earthly lot, the Holy Mountain. Her 1903 appearance, they consider, falls with an unbroken chain of such miraculous events, taking place at various times in the history of the Holy Mountain. By Her appearance, the Most Holy Theotokos supported the Russian monastery’s continued almsgiving, providing solace to the hermits, and silently inspired wisdom among the elders of the Kinot [governing council], confirming her heavenly governance of Mt. Athos and her perpetual care. 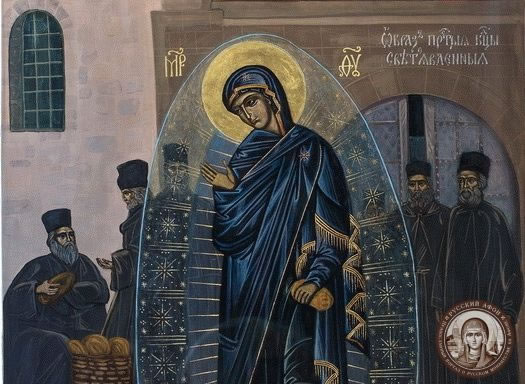 In 2012, a report by St. Panteleimon’s Monastery on the celebration of the Light-Painted Icon of the Mother of God was delivered to the Kinot, at its request, and confirmed by the blessing of then-abbot Fr. Jeremiah. The icon was then included in the official list of miracle-working icons of Mt. Athos, and its feast day is now among the recognized panegyrics [feasts of praise] of Mt Athos. Gabriel-Richard Hayman9/6/2017 6:47 pm
Dear Holy Fathers, Pray for me, a sinner. I have become disabled but wish to keep painting Icons. Pray for me to bear the pain and disabilities of my body and mind and heart and be able to continue to paint and finish quickly the commission's I do have and those I hopefully will have in the future. Please ask the Holy Theotokos and the Holy Trinity to help me.
×