Boarding home for deaf and blind given bas-relief icon 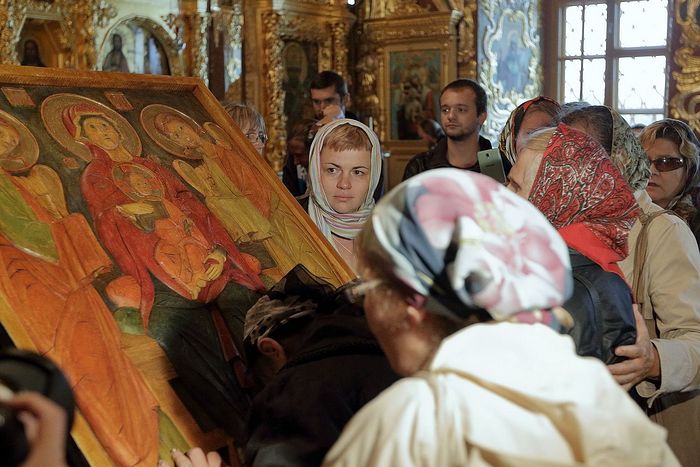 A bas-relief icon of the Mother of God of Cyprus was blessed and gifted to a boarding home for deaf and blind children in Sergiev Posad Russia yesterday, reports the site of the Trinity-St. Sergius Lavra.

The icon was blessed during a moleben served in the refectory church in the Trinity-St. Sergius Lavra, located in Sergiev Posad, with the blessing of lavra vicar Archbishop Theognost of Sergiev Posad. The Cypriot Mother of God icon was especially made by artist-sculptor Oleg Zon as part of the “See the Icon” project, with the assistance of the “Co-Unity” foundation for the support of the deaf and blind, to be given to the lavra’s podvoriye church of the Appearance of the Mother of God to St. Sergius of Radonezh at the “Sergiev-Posad Boarding House of the Deaf and Blind for Children and Young Invalids,” which celebrated its patronal feast on the same day. 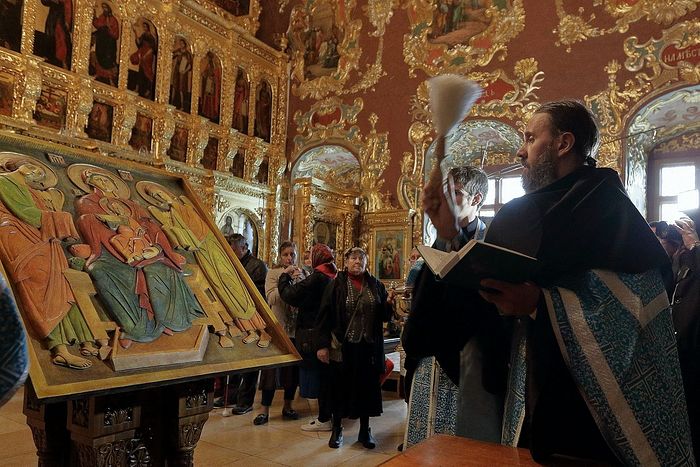 The icon was made in the high bas-relief style. The icon is available to a wide range of parishioners, especially those with impaired vision and the blind. It is large, with a height of 43 inches and a width of 37 inches.

The service was led by the rector of the Church of the Appearance of the Mother of God to St. Sergius of Radonezh Hieromonk Theophylact (Kirillov) with other clergy of the church concelebrating. The moleben was sung by the boarding home’s children’s choirs.

Following the end of the service, the blessed icon was transferred from the lavra to the podvoriye church at the boarding home for the deaf and blind. 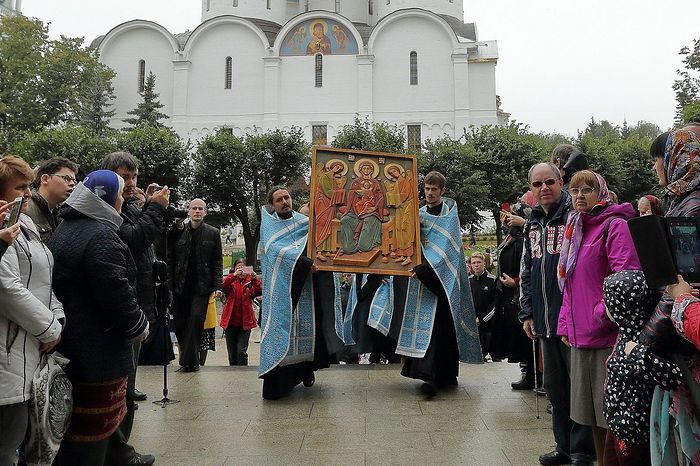 The first two icons of the “See the Icon” project, of the Donskoy Mother of God and of St. Sergius of Radonezh, were presented to the home for the deaf and blind in the Moscow Province town of Puchkovo by Bishop Paramon of Bronnitsy on July 31, 2014. Vladyka Paramon is therefore considered the founder of the project, fully launched following the celebrations of the 700th anniversary of the birth of St. Sergius of Radonezh.

Veronica Leontieva, head of the Russian Church’s synodal work with the disabled has said of such icons, “The blind and the deaf are in need of such icons. They perceive the diversity of the world through touching items with their fingertips. The blind often can’t fully imagine or understand the images they hear so much about, for example, what does the halo over the head of a saint look like, what is the omophorion of the Most Holy Theotokos, how does the baby Jesus incline towards the Mother of God.” 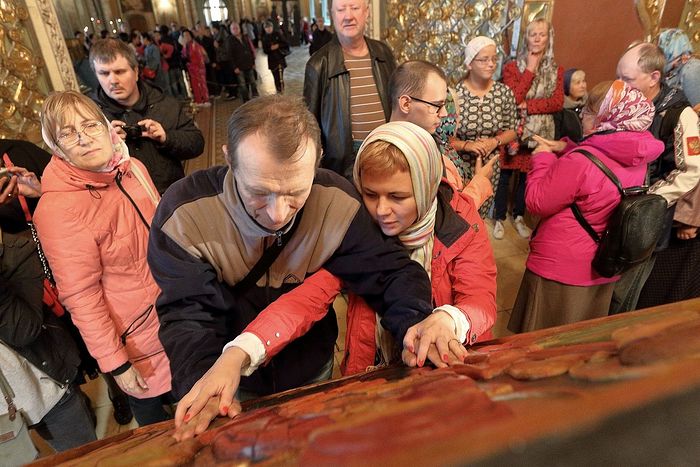 
Such icons have also been made by the “Facing the Truth" charitable organization for disabled people and retirees, depicting scenes of miracles related to blindness from Biblical and Church history, including the Pochaev Icon of the Mother of God which in 1596 returned sight to a forty-year-old man named Philip who had been blind from birth, an icon of Holy Blessed Matrona of Moscow who was born blind, an icon of the Holy Confessor Luke (Voyno-Yasenetsky), a bishop and surgeon who healed the sick by his prayer and medical skills, who became totally blind at the end of his life but nevertheless continued to heal people, and other icons. Exhibition of tactile icons of raised dots to open in Kiev for International Day of Handicapped People
Modern computer technology along with special equipment for the blind was used to create these icons.