Day of Sobriety is opportunity for alcoholics to get on right track—Pat. Kirill 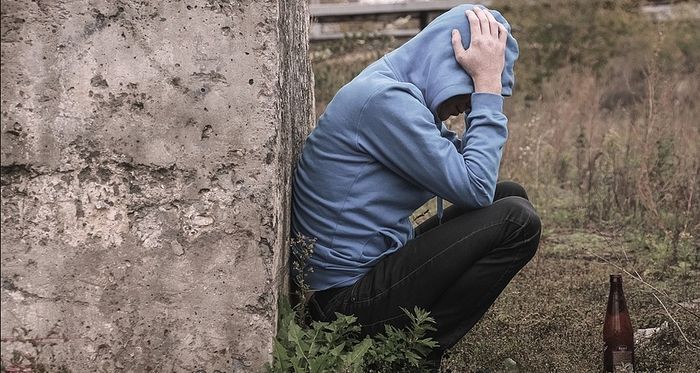 The Day of Sobriety, marked in the Russian Church on September 11, is another chance for those suffering from the passion of alcoholism to reflect on their lives and embark on the path of correction, His Holiness Patriarch Kirill stated in his address for the day, reports Foma.

In his Day of Sobriety address, the primate stressed that it “is designed to help a man finding himself in cruel captivity to alcoholism and other harmful addictions, to reflect upon their lives and embark on the path of correction, and to find true freedom and joy in life, which is impossible without fulfilling the commandments of God, without doing good and conscious works, and without sincere love for people and care for them.”

The patriarch also noted that the Day of Sobriety is specifically celebrated on the day of commemoration of the Beheading of St. John the Baptist. “During the Liturgy, we heard the Gospel story about how the wicked King Herod, who became hostage to promise given at the feast, ordered the beheading of this God-pleaser (Mk. 6:14-30). Therefore, precisely this day—a day of strict fasting—was chosen by the Church to remind people about the necessity of a sober lifestyle,” the patriarch reflected.

According to the patriarch, sobriety is, in the broad sense of the word, “the ability to correctly evaluate what is happening inside of us and outside.”

“A sober view of things helps us make correct life choices, and to build good relationships with our family and friends, and with those around us. Unfortunately, people are often guided by false values and orientations, and stray from the true path. They begin to feel anxiety and emptiness in their souls, and fall into despair. They think that will be able to free themselves from their problems with the help of various intoxicating substances, including alcohol. However, instead of freedom from troubles, they fall into dependence on a terrible sickness. The result is destroyed family relationships, crimes committed, broken families, and children becoming orphans even while living with their parents,” the patriarch emphasized.

Noting that “today many parishes have opened temperance societies, and operate rehabilitation and counseling centers,” His Holiness emphasized that there is considerable merit in the “Church and secular specialists who have dedicated themselves to the service of their needy neighbors.”

“And these works are not in vain: By the grace of God, hundreds of thousands of formerly destitute people find hope and the possibility of freeing themselves from sinful dependence,” the patriarch added.

In conclusion, Pat. Kirill expressed hope that by the prayers of St. John the Forerunner the Lord would prevent the spread of the “scourge of alcoholism and other addictions in our land,” and that people would turn “to the true joy of life in Jesus Christ.”

The Holy Synod of the Russian Orthodox Church resumed the former tradition of marking the Day of Sobriety annually on the feast of the Beheading of St. John the Baptist. His Holiness Patriarch Kirill: Drunkenness brings great suffering to our people
"We know what terrible sufferings drunkenness has brought our people in the past, and which continue today: the destruction of families, the birth of sick children, people losing the meaning of life, health, called to the fullness of existence, becoming invalids in youth only because they didn’t have enough strength to turn from sinful attractions and stop drinking." Alan Macdonald9/14/2020 12:43 am
Alcoholism is NOT a disease. You think you catch this from sex or dirty plates? No, it is a behavior you have learned and the only "cure" is to unlearn this behavior, not penicillin. You can do it, thousands have and are living happy full lives with their families in total sobriety. Your drinking buddies? They all left when you quit. Good riddance! Good luck!