The Story Of The Two Criminals

The following account by the respected priest and sufferer for the Orthodox faith, Fr. George Calciu, is from the book, Fr. George Calciu. Interviews, Homilies, and Talks (Compiled and edited by St. Herman of Alaska Brotherhood, 2010). Fr. George speaks of the conversion of criminals to Christ in the terrible prisons of Communist Romania. 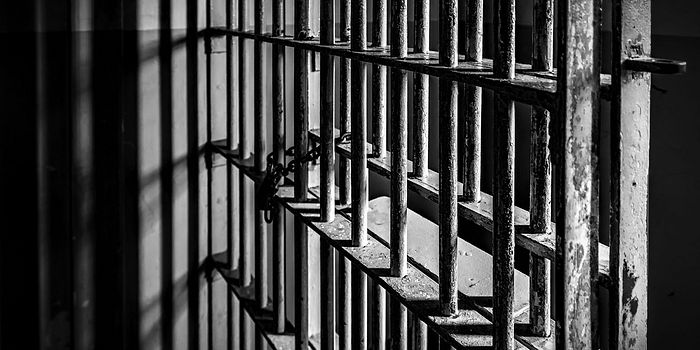 They decided to put an end to my life, so they put me in a cell with two sadistic criminals. One of them killed his own mother. They tried to convince me to work in the cell, to make some baskets. I said, “I don’t want to work for the prison. It is the creation of the devil. I do not work for the Communist regime, because this regime serves the devil. I am here in prison to testify that God exists, that Jesus resurrected, and that the true Faith is Holy Orthodoxy. I am not here to work.” I had denied the right of the regime of Ceausescu to put me in prison. He had no grounds on which to imprison me—I did nothing against the regime. What I did was for Jesus Christ, not against Ceausescu.

So I refused to work, and they decided to bring into my cell those two criminals to make a team. We had to work eight hours a day and to accomplish the normal work quota. If not, the whole team would be punished. What did it mean to be punished? It meant that the criminals lost their usual right to receive letters and packages from their families, and to be visited by their parents and children and so on. Unlike the criminals, I was not given these privileges in the first place, so working or not working was the same for me. But it was not for this reason that I opposed working. I opposed it because I contested the right of the regime to put me in prison and to force me to fulfill their orders. But now that I was with these two criminals, they had to be punished with me. Thus the administration of the prison told them that, if I refused to work, they were to beat me and even kill me. Such things happen—you read in the newspaper about inmates killing inmates. So, if the criminals killed me in prison, the regime would say, “It was merely a conflict between Fr. Calciu and the inmates—and they killed him. We could punish them, but we can’t give life back to Fr. Calciu.”

George Calciu after his arrest.

The inmates told me, “You have to work. You must; if not, we will beat you, we will kill you, for we have permission to do this from the administration.” I said, “I cannot work. Excuse me.” I tried to explain. Perhaps they understood, but they did not accept my explanation. So, they started to work—I did not work. They did not accomplish the normal quota, but they did not get punished. I said, “See, God protects you. Nothing happened to you.”

Once or twice a week, they were called by the administration. They came back very excited. I think the administration threatened them and asked them why they did not kill me. They were very angry with me. They insulted me, they hit me. It was nothing ... a small thing, but I was very stubborn in my position. For two months we lived together. They worked, I did not work. They got food and visits and everything, and I was punished. They reduced my portion of food to half. I said, “See, I am punished—you were not punished.” After two months, they came to me and told me—they talked to me in a very low voice—“We decided not to force you to work with us and not to forbid you to pray.” They said that because for two months I had had no right to speak with them or to pray without their permission; I could not eat or go to take care of my physical necessities without their permission. Now they said, “From today, you are free do to anything you want.”

Can you imagine? Considering this, I thought that I still wouldn’t be given the right to celebrate the Liturgy. They were working every day, even Sunday. The next Sunday, I asked them for permission to celebrate the Liturgy. “You are free to celebrate,” they said. They were very curious to see what was meant by the Liturgy. For them, the priest was a kind of man who exploited and got money from the people. Or perhaps they saw the priest as a magician. They knew nothing about the Faith. Maybe they knew a few things about religion and church, but I am sure that they knew nothing about the Liturgy.

So, on Sunday I began to prepare my bread, my water, my napkin. They were looking at me. This Sunday, they stopped working, so we had a Church holy day. They were looking very fiercely at me, thinking perhaps that they were the instruments of my magic work. I started my prayers in a very low voice because the guards did not permit me to celebrate with a loud voice. My cellmates approached me just to hear what I was saying. With time, with the advance of the Liturgy, the fire of my faith and the transporting of my soul touched them—I am sure. There was no movement. They didn’t move. They didn’t talk. They were with me to the end. I didn’t even turn to them, but after the transformation of the Holy Gifts, after taking Communion, I turned to them to tell them to approach, and I was astonished. They were kneeling! They were kneeling and were praying with me.

At this time the same thing happened in the cell as happened when the guard said to me, “In Truth He is Risen!” I will tell you about it tomorrow. It was something special.1 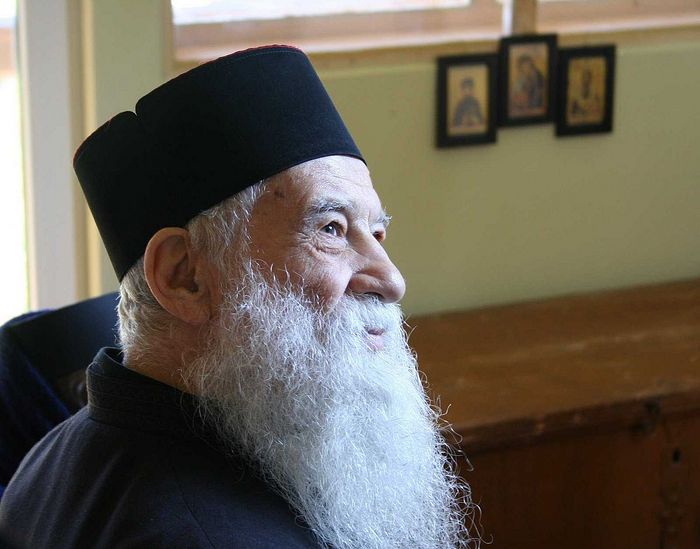 The rest of the day passed in friendship and love, talking about Christ. For the first time I was allowed to tell them about Christ, about faith, about love. They asked me, “Can Christ love me? I killed my mother. How can Christ love me?” The other one had killed two young men. “Can Jesus Christ love me after I killed two young men? Perhaps I will go out and kill other ones. Can Jesus Christ pardon me for the crime I did?” I said, “He can. Perhaps human justice cannot pardon you, but Jesus will pardon you, if you repent. He will give you His Body and His Blood, if you repent and if you decide not to do other crimes.” They believed and didn’t believe. It was very difficult for them to understand, because all their lives they were in continuous conflict with the society. They tried to kill, to steal, to deceive the society and the society tried to catch them. It was a continual fight, and in this fight there was no space for love. The first one did not love his mother—he killed his mother. The other one did not love his friends—he killed them. They didn’t have a moment of love. Perhaps as children they were loved by their mother and father, but as they grew up, their life left no space for love. But I realized, they were fascinated by love. They did not understand exactly what the meaning of love was—Jesus’s love—but love was a fascinating word for them. On that day I insisted on love and told them, “Jesus said, ‘Love one another ... by this shall all men know that you are my disciples, if you have love one to another.... Love your enemies. Bless those who curse you. Do good to those who persecute you’.” They said, “This is impossible; it is not human!” “You are right,” I said, “it is not human. But such love exists in this world—I am a living example for you.” The next day we were separated. The administration realized that it could do nothing with me and that these men refused to kill me, so they left me alone in my cell.

1 Fr. George talks about his experience of uncreated light during these two events in a later chapter of the book, Interviews, Homilies, and Talks.
See also Fr. George Calciu: First Century Christian in the Twentieth Century
Wesley J. Smith
Fr. George and his family lived quietly until the communist government renewed its assault on faith. Heeding what he considered a divine call to speak out sacrificially, he offered seven homilies to young Romanians, one homily building on the next during each Wednesday of Lent. It was a rare moment of courage for 1978 Romania: When the church was closed to him by his terrified Patriarch, he preached from its steps. When the gates were locked, the growing audience of youth defiantly climbed the fence to hear him.
Comments
×