The complicated history of Russians in San Francisco

Beloved destinations often have overlooked histories. Mic dives into how the past shapes what travelers see today. 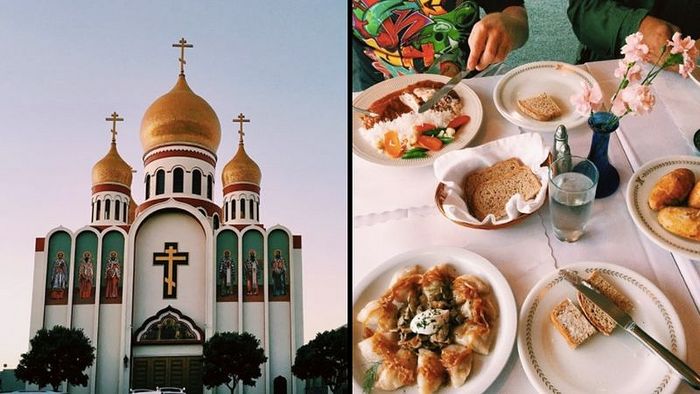 Five miles west of downtown San Francisco, gilded onion domes rise against the angular skyline shimmering in the distance. Holy Virgin Cathedral, a Russian Orthodox church, has been an unmistakable landmark in the city’s Richmond District since its construction in 1965. More than half a century later, it continues to serve as the Russian community’s spiritual and educational hub.

When you overhear Russian on the sidewalks of the Richmond, it’s not an oddity but a sign of a dynamic community. The collapse of the Soviet Union and the Bay Area’s economic booms have led to several waves of Russian immigration to this bustling enclave within San Francisco. At 2.1 square miles that stretch nearly 50 blocks, the Richmond is among the city’s larger districts, though most Russian businesses cluster around Geary Street. By some estimates, the city’s Russophone population is 30,000, with half living in the Richmond alongside the neighborhood’s prominent Chinese and Irish communities.

From Siberia (and Shanghai) with love

Though Russian-speaking fur traders and other settlers were already living in northern California in the 18th century, the first significant wave of Russian immigration to San Francisco took place after the Russian Civil War ended with the Bolsheviks’ victory in 1921. Aristocrats, intellectuals and officers of the Imperial Russian Army fleeing the Bolsheviks arrived in droves, sometimes by way of Asia. After World War II, another wave followed when the sizable Russian émigré community in Shanghai and Harbin fled China when the déjà vu threat of a communist takeover loomed. And then, a third wave: Just as the baby boomers were exiting San Francisco in the late 1970s as part of the larger American urban flight, refugees from the Soviet Union — many of whom were Jews — began settling in the Richmond, having been attracted to the bakeries, social groups and other infrastructure catering to Russian speakers. When the Philippines welcomed Russian refugees
Tubabao Island hosted around 6,000 ‘White Russian’ refugees, who fled China in 1948, when they were in danger of being forcibly repatriated to the USSR. They lived on the Philippine island for four years, a time that locals affectionately refer to as ‘Tiempo Russo.’