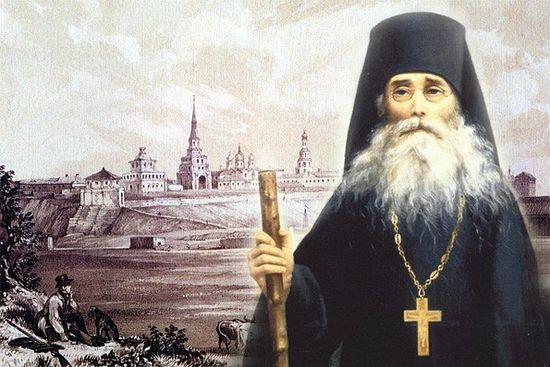 I used to need one-on-one talks, and the elder’s constant attention. Now I would be happy just to sit and listen to phrases from batiushka’s talks with others. Before, even the slightest criticism in his reproaches directed at me made me explode with frustration, offense, and even murmuring.

But now I can’t forget my ingratitude, when I was on the verge of running away from Optina for good—and never heard a word of reproach for this. No matter what the elder would say now, no matter how sternly he would treat me, none of it would be enough; I deserve more.

I would spend whole days in the corridor, and rarely went away without a lesson.

Did batiushka perceive the changes occurring in me and therefore, so to say, met me halfway? Or did he always act that way but I out of my inattentiveness and vanity let much pass by my ears, not knowing how to make use of his words dropped in passing? But now I would watch, listen, and learn for days. I can recall several such lessons even now.

Once two nuns came and gave Fr. Barsanuphius news of the death of his spiritual daughter, who died of tuberculosis. Before her death she was tonsured into the Great Schema, confessed, received Communion, and then died. She was conscious to the last, and asked that batiushka be given her request for forgiveness and a blessing. How the elder’s face lit up at this story! And how sincerely he pronounced several times, “A blessed soul!” Then he immediately turned to the icons and prayed for her soul’s repose. 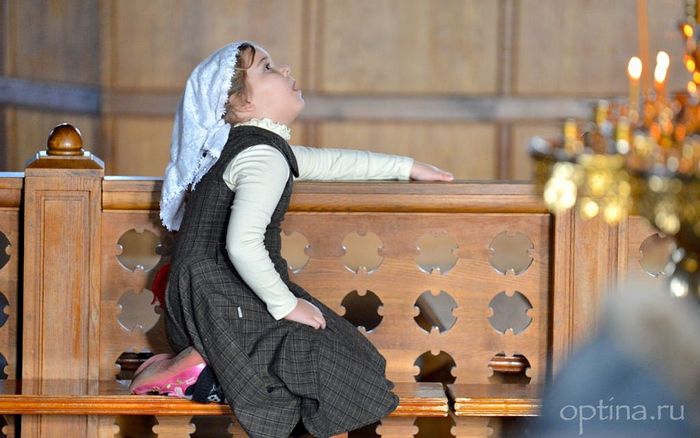 Another time, also in front of everyone, batiushka was talking with a young girl who had been brought up in the monastery’s orphanage and was thinking of leaving for the world:

“You mustn’t do it! I won’t argue that there aren’t people who live in the world and are saving themselves. God is powerful to save a person anywhere. But a girl who has lived within the monastery enclosure and wants to leave it is in great danger. The enemy hates monasticism, and if one of these goes out to the world, where there is neither protection, nor monastery walls, nor the sisters’ prayers, and where the enemy will attack her with double force, there her destruction is almost certain. Hold on to the monastery.”

I remember a lady who had come from far away, and was mourning her beloved son who had, it seems, shot himself. I remember her sorrowful complaints, her tears, and batiushka’s gentle talk with her. When she had left, he said thoughtfully to himself, “What grief that is! No, if you please, it’s better not to get married.”

One lady asked for a blessing to go to Jerusalem. “To Jerusalem? Which one? The old one, or the New?

“And how many Jerusalems are there?”

“No, not two. There is the old one, in Palestine, and another new one, near Moscow [the New Jerusalem Monastery]; and what is the third? The Jerusalem on high, in heaven. And there is yet a fourth—the one in the heart. That is the one you need to look for and set out for. God bless you and everyone else!”

An old peasant woman from one of the nearby villages plaintively told batiushka about how she had nothing to live on—she was married and had children, eighteen of them. Some died, and the living ones have grown up but don’t want to feed their mother; they even beat her. The old woman cried and asked for help. And again batiushka noted without directing himself to anyone, “Well how about that, what it’s like to get married: You raise and raise children, and they later beat you, and you’re left all alone in your old age. If you please, it’s better not to get married!

“An old, old lady,” she said quite sure of herself.

“Well, alright, let it be so!” and batiushka turned to a middle-aged lady who was also present: “Now we perhaps won’t call you an old, old lady?”

“No, batiushka, you can call me that!”

“I can’t? And according to your sins?” the elder looked at me thoughtfully. Of course I should have taken my words back, but he added, “We are all ‘old, old ladies’ by our sins; we’re all sinful, we all need redemption, renewal. And we will receive it by communion with the Lord Jesus Christ through the sacraments. This is renewal. Don’t you know it is said, Thy youth shall be renewed as the eagle’s (Ps. 102:5)!

Once two women came to receive alms. Stepping into the men’s side of the house as usual, batiushka brought out some money, and at the women’s renewed requests said to them that he can’t give them very much, but he will give them each two kopecks. One of them was grateful for this, while the other asked him to give her more, because she can’t feed her children on that. She spoke at great length about her poverty, but the elder interrupted her and stood firm that he was giving them each two kopecks. Then he summoned one of the other women present and gave her two fifty-kopeck pieces, saying loudly, “Here! Give them each two kopecks!’

“She did so. When the women saw silver coins in their hands instead of the promised copper ones, they started thanking the elder; but batiushka protested: “After all, I didn’t give you what is mine, just as she (through whom he gave it) didn’t give what was hers. Glory be to God! Then he told us when the women had left that the elder, Fr. Ambrose, like to give alms that way, through a third party. “Then both the receiver and the giver receive joy!”

It was good that summer in Optina… Optina Monastery and Its Era
Its Significance in the Spiritual and Cultural Life of Russia
Ivan Kontzevitch
''While travelling I stopped off in Optina Pustyn and carried away a remembrance that I shall never forget. I think that on Mt. Athos itself there is nothing better. Grace is visibly present there. One can even sense it clearly in the external serving (in church)". The Mysteries of Optina Monastery
On the Synaxis of the Saints of Optina
Olga Rozhneva
Hundreds of people come to Optina every day. Why do they come? They spend money for the road, are wearied by travel… They are coming to the Optina elders! Remember the saying, “People don’t go to an empty well”? Life is Blessedness! Selected sayings of St. Barsanuphius of Optina
St. Barsanuphius of Optina
Life becomes blessedness for us when we learn to fulfill Christ’s commandments and to love Christ. Then it will be a joy to live, a joy to endure the afflictions that come upon us, while before us will glow the ineffable light of the Sun of Righteousness—the Lord. All the Gospel commandments begin with the word, “blessed:” blessed are the meek, blessed are the merciful, blessed are the peacemakers … From this it follows, as a truth, that the fulfilling of the commandment offers people the highest happiness.
Comments
×