The Macedonian Synod from Skopje has asked the Bulgarian Church to establish “Eucharistic communion with the renewed Ohrid Archbishopric,” asking that that the Macedonian Church be recognized as autonomous, according to meta.mk.

The Synod's decision comes a few days after a meeting between Bulgarian Patriarch Neofit and Bulgarian head of state President Rumen Radev, in which it was affirmed that the Bulgarian state and the BOC are unanimous in their commitment to the development and deepening of relations between Bulgarian and the Republic of Macedonia. 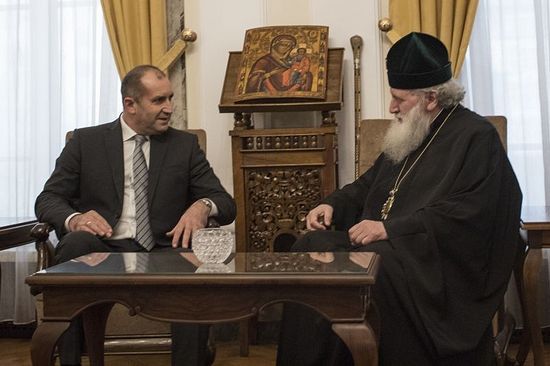 Among other things, the ecclesiastical and secular leaders discussed the Macedonian Church's proposal. During the meeting, both parties stressed the importance of bilateral agreements on friendship, good neighborliness, and cooperation between Bulgaria and Macedonia, which would enhance mutual trust and make a positive contribution to the process of Macedonia’s European integration. The spiritual kinship of both nations was also noted.

Patriarch Neofit brought the letter of the Macedonian Holy Synod to the meeting, acquainting the head of state with the request to restore Eucharistic communion.

The patriarch assured the president of the good will of the patriarchate in terms of seeking a favorable resolution to the question, stating that the question of autocephaly must be discussed with the other autocephalous Local Orthodox Churches.