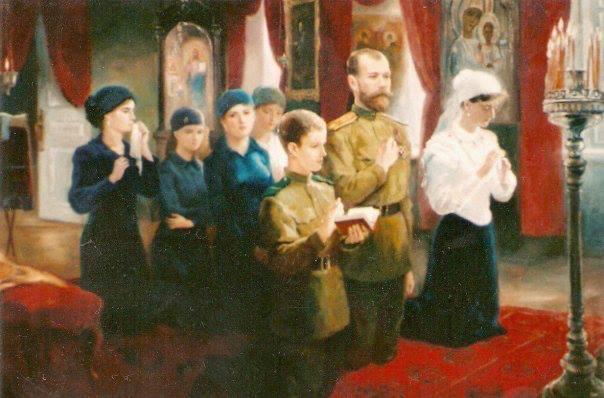 Among the many topics to be discussed by the hundreds of hierarchs currently gathered in Moscow’s Christ the Savior Cathedral for the Russian Orthodox Church’s Council of Bishops is that of the “Ekaterinburg remains,” which are believed by some to belong to the Royal Martyrs—Tsar Nicholas II and his family, murdered in Ekaterinburg on July 17, 1918. However, as the investigation into the identification of the remains is ongoing, the bishops will only be able to hold a preliminary discussion on the matter, press secretary for His Holiness Patriarch Kirill Fr. Alexander Volkov stated yesterday

“Discussion at the Bishops’ Council will be of an intermediate character,” Fr. Volkov told journalists, Interfax-Religion reports.

He added that the bishops would hear a report on the matter from His Grace Bishop Tikhon (Shevkunov), Secretary of the patriarchal commission tasked with studying the bones, “but nothing more.”

Ultimately, the question of the remains’ authenticity is likely to be resolved in the coming year, according to Metropolitan Hilarion (Alfeyev), head of the Russian Church’s Department for External Church Relations.

“The Church will recognize the ‘Ekaterinburg remains’ as the genuine remains of the Royal Family if comprehensive evidence of their authenticity will be found,” the metropolitan told the newspaper Izvestiya on Wednesday, as quoted by Interfax-Religion.

For her part, the senior investigator of the Investigative Committee Marina Molodtsova announced at Monday’s conference “On the Murder of the Royal Family: New Evaluations and Materials. Discussion,” held at Sretensky Monastery and Seminary, devoted to studying the results of the various studies on the remains, that the analyses of the Ekaterinburg remains still require a considerable amount of time. “The examinations are not complete. There are only intermediate results on some issues,” Molodtsova stated.

Speaking at Monday’s conference “, Pat. Kirill noted that for many years the Church has rejected all examinations conducted on the remains due to the “lack of transparency of the process,” and “a complete unwillingness to involve the Church in this process.”

The Church must take part in the process and, in fact, make the final decision on whether the remains belong to the martyred royal family, His Holiness believes: “We’re not just talking about the remains of ordinary people—we’re talking about uncovering holy relics.” The question of the sanctity of the relics does not relate to science, but to the spiritual mystery of life, and thus must ultimately be decided by the Council of Bishops, the patriarch added. Conference on alleged remains of Romanovs being held at Sretensky Monastery

Conference on alleged remains of Romanovs being held at Sretensky Monastery
Sretensky Monastery and Seminary in Moscow is currently hosting the conference “On the Murder of the Royal Family: New Evaluations and Materials. Discussion,” devoted to studying the results of the study of the remains found near Ekaterinburg which are tentatively believed to belong to the Royal Martyrs—Tsar Nicholas II and his family, who were brutally murdered by revolutionaries On July 17, 1918. Council of Bishops to discuss “Ekaterinburg Remains” at upcoming session Archival Documents on the Murders of the Imperial Family Now Available Online
Paul Gilbert
Many of the documents were identified as a result of painstaking research in Russia’s state and departmental archives, as well as private archival collections abroad. The bulk of the material, however, was collected during the first investigation into the murder of the royal family in 1919, conducted on behalf of Kolchak investigator Omsk district court Nikolai Sokolov.
Comments
×