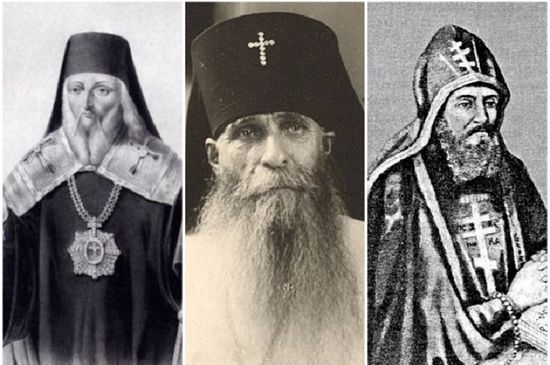 It was previously reported that the Council would undertake to consider proposals to approve a number of Ukrainian saints and two Belarusian saints for Church-wide veneration. Having heard the report of Synodal Commission for Canonization Chairman Bishop Pankraty of Troitsk, a document was drafted confirming the approval of all 30 saints, including a number of elders from Glinsk Hermitage in Ukraine.

The new universal saints are:

and also the Glinsk saints (celebrated as a synaxis on September 9/22):

The Georgian Orthodox Church also venerates Sts. Zinovy of Tetritsqaro, Andronik (Lukash), and Seraphim (Romantsov), as they completed their ministries within the canonical territory of the Georgian Church.

The primates of the other Local Orthodox Churches will be notified of the names of the new Church-wide saints for inclusion in their calendars. Pochaev Lavra calls on Council of Bishops to reject new catechism in its current form
The brethren of the great Holy Dormition Lavra in Pochaev, Ukraine have addressed a letter to His Holiness Patriarch Kirill and the hierarchs currently gathered in a session of the Council of Bishops of the Russian Orthodox Church, urging them to call for a new revision of the draft catechism prepared by the Synodal Biblical-Theological Commission, to fix several serious mistakes. Russian Council of Bishops will discuss Council of Crete
Among the topics to be discussed by the hierarchs of the Russian Orthodox Church who are meeting in Moscow beginning today is the documents of the council held on the island of Crete in the summer of 2016.
Comments
×