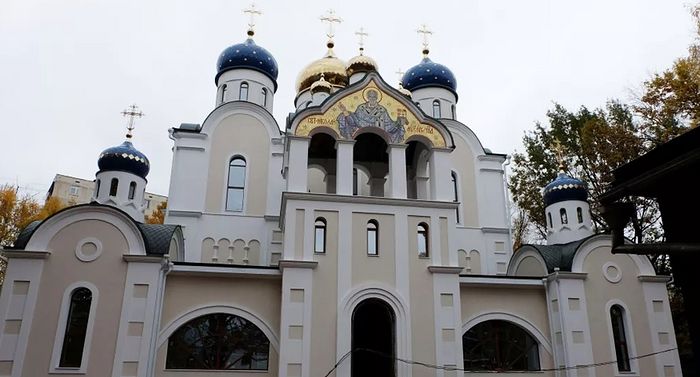 According to a report of His Holiness Patriarch Kirill of Moscow at today’s annual Moscow Diocesan meeting, 24 new churches have popped up throughout Moscow over the course of the preceding year, reports Interfax-Religion.

“As of December 1 this year, the number of churches and chapels of the patriarchal diocese [of Moscow—O.C.] comes to 1,154, which is 24 more than last year,” the patriarch said at today’s session.

The patriarch also specified that the number of churches where the Divine Liturgy is served at least once a week grew by 14 to 507. The number of Moscow clergy, excluding clergy of stavropegial monasteries, grew by 23 to 1,711: 26 hierarchs, 1,289 priests, and 396 deacons.

“This year 35 priests will be ordained, including one upcoming ordination, and one deacon,” the patriarch said, sharing his plans for the coming year.

In August 2016, the patriarch reported that the entire Russian Church had grown immensely in the previous six years: “Over the last six years our Church increased by 5,000 churches and 10,000 clergymen, which means that people need the Church’s mission. There could not be such growth in the Church if there were no demand. That is why we have such a special feeling when we place the foundations of new churches,” the patriarch said at the ceremony of laying the first stone in the foundation of the Assumption Cathedral of the Sarov Hermitage, where St. Seraphim of Sarov lived. Largest church in “200 Program” built in Moscow
The largest church in the framework of the “Program for the Construction of Orthodox Churches of Moscow,” also known as the “200 Program,” has been erected in the capital’s southeastern Zhulebino region. 17.5 ton bell installed in Novospassky Monastery bell tower
The new bell, made from a fusion of copper and pewter, weighs 17.5 tons; the monastery’s bell tower is 264 ft. high, making it the second tallest in the capital, after the Ivan the Great bell tower in the Kremlin, which measures 266 ft. tommy hauck12/23/2018 6:06 am
praise God all mighty, i am a roman catholic, and i am glad to see this happening in russia, sadly, the united states needs God as well as western europe!