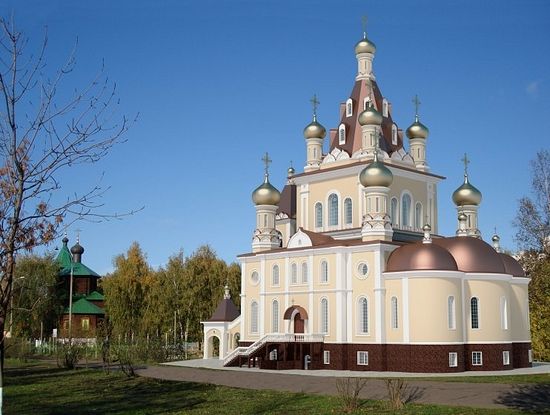 The Church of the Meeting of the Lord in Zhulebino. Photo: RIA-Novosti

The largest church in the framework of the “Program for the Construction of Orthodox Churches of Moscow,” also known as the “200 Program,” has been erected in the capital’s southeastern Zhulebino region. The new Church of the Meeting of the Lord is designed to accommodate 1,000 people, program curator Vladimir Resin reported to RIA-Novosti.

The church in Zhulebino is also the first and only in Moscow dedicated to the feast of the Meeting of the Lord. It was built in the classical style, with height of 160 ft. and a capacity of 1,000 worshipers. The Church is crowned by thirteen domes.

“The great consecration of the church, after the patriarch’s blessing, will be held at a later date. By the end of this year, the porch extension and the internal finishing works in the upper and lower churches will be finished. The church will be fully ready for use by the end of 2018,” Resin stated.

Additionally, we are now preparing for the consecration of the Church of the Upbringing Icon of the Mother of God in the village of Nekrasovka, also located in the southeast of the city. The Church was built as an individual project, executed according to Byzantine traditions. 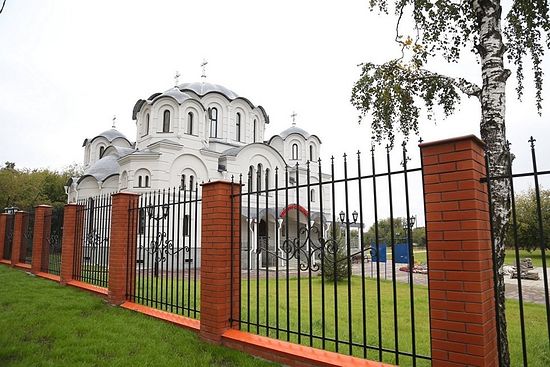 The Church of the Upbringing Icon of the Mother of God in the village of Nekrasovka. Photo: RIA-Novosti

“Of all the churches we’re building in this program, and there’s already about 60, this one holds a special place. It is one of the most unique churches in Moscow. There is nothing like it yet,” Resin added.

The main objective of the program is to build enough new churches throughout the capital so that there is always one within walking distance in the residential areas. The program has been actively underway since 2011, with a plan of building 200 churches. The program runs entirely on the donations of citizens and organizations. A foundation established for collecting funds is co-chaired by Moscow Mayor Sergei Sobyanin and His Holiness Patriarch Kirill of Moscow and All Russia.

In the first years of the program, churches were being built to accommodate 200-300 people, depending on the size of the proposed plot. In the end, it was decided to build the churches with a 500-person capacity, which requires a 1.5 acre plot of land. In Defense of Building Orthodox Churches: a Perspective from a Russian Province
Vladimir Basenkov
This just made us wonder why these people are against the building of houses of God, what arguments they are presenting and what lies behind these arguments. Muscovites seek to rebuild Strastnoy Monastery
More than 120,000 signatures have been gathered over thirteen years in support of the idea.