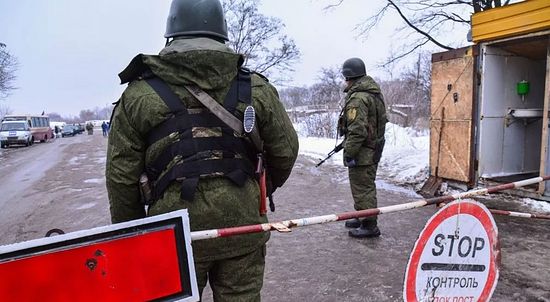 The parties to the conflict in Donbass have begun the largest prisoner exchange since the conflict in the eastern Ukrainian province began. According to a TASS correspondent at the scene of the event, the exchange is being carried out near the Maiorsk checkpoint in the Gorlovka region on the line of contact.

The exchange procedure will take a few hours, as Kiev representative Viktor Medvedchuk stated. “There’s more than 300 people; we have to check their documents,” he stated.

It was earlier reported that Kiev would release 306 prisoners, while 74 will be returned to Ukraine. This statement came after a meeting on Monday of His Holiness Patriarch Kirill of Moscow and All Russia with leaders of the self-proclaimed Donetsk People’s Republic and the Lugansk People’s Republic, as well as the head of the public movement “Ukrainian Choice—the People’s Right,” Viktor Medvedchuk, where the details of the prisoner exchange were hammered out.

Today’s exchange will not fully complete the process. According to Medvedchuk, the second stage will be held in 2018, with another 74 prisoners being released to Donetsk and Lugansk and another 29 to Kiev.

According to Verkhovna Rada Human Rights Commissioner Valeria Lutkovska, 43 of the 306 prisoners previously included on the agreed exchange list did not come to the exchange because they had already been released from prison. “Therefore, they did not come,” Lutkovska stated.

Moreover, others included on the list actually refused to return to the territory of the self-proclaimed Donetsk and Lugansk Republics. “Each hostage will be asked in the presence of Red Cross representatives whether he wants to return to the non-government-controlled Ukrainian territory,” the Human Rights Commissioner added.

In turn, lawyer Valentin Rybin, involved in the legal registration of the exchange, has alleged that Ukraine did not deliver eight hostages, including one Russian citizen, offering false information that they had refused to come. Pat. Kirill announces agreement on exchange of prisoners in Donbass

Pat. Kirill announces agreement on exchange of prisoners in Donbass
In a statement made after his recent meeting at Moscow’s Danilovsky Monastery with leaders of the self-proclaimed Donetsk People’s Republic and the Lugansk People’s Republic, as well as the head of the public movement “Ukrainian Choice—the People’s Right,” Viktor Medvedchuk, His Holiness Patriarch Kirill of Moscow and All Russia spoke about the agreement that had been reached on all the details of the exchange of prisoners in Donbass. Donbass Priests between Heaven and the Abyss
Svetlana Rayskaya
Like any trial sent by God to the mankind, war weeds out the unfaithful and the hesitant and strengthens the faithful, taking their souls to the new heaven.
Comments

Anthony 12/27/2017 11:45 pm
In the same way as the Russians ended the western backed terror ops in Syria, it's now time for Russian tanks to roll in and instil peace in the troubled Ukraine, where our western ''friends'' have as with everywhere else been stirring the proverbial. Of course, lets hope that the PhD (in Hippie Studies) holding US Ambassador to the UN Niki Haley's words hold true in other areas of the world when she proclaimed - ‘We’ll no longer let US generosity be taken advantage of’. Perhaps they could start being a bit less generous in fomenting conflict, and destabilising other peoples' countries.
×