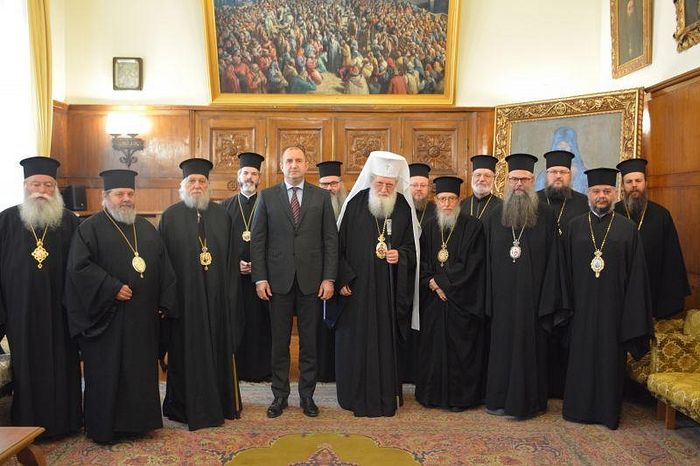 Under pressure from the Bulgarian Orthodox Church and secular society, deputies of the Bulgarian National Assembly have decided to postpone the consideration of the question of the ratification of the Istanbul Convention, reports AgionOros.

As earlier reported, the Holy Synod of the Bulgarian Orthodox Church recently called upon the National Assembly not to ratify the “Council of Europe Convention on preventing and combating violence against women and domestic violence” also known as the Istanbul Convention, indicating that while it of course approves of the condemnation of violence, especially against women and children, it cannot, nevertheless, support the Istanbul Convention.

Specifically, the Church opposes the Convention’s redefining of “gender” as a mere social construct, which denies the Scriptural teaching that God created mankind in His image and likeness as male and female, and which constructs language that already exists in Bulgarian legislation The Church also rejects the notion that man is himself great enough to define his own gender, in place of God. Such arrogance would only contribute to a world severely lacking in restraint, the Church believes.

So far, 28 countries have ratified the treaty which was signed by 45 countries, including Bulgaria.

As Krasimir Velchev, a representative of the ruling Citizens for the European Development of Bulgaria (CEDB) party, reports, the ratification of the international act will not be considered either in the plenary hall, or in parliamentary commissions until we have conducted public consultations on this issue and until a consensus can be reached on the issue.

The Bulgarian Socialist Party has called for a nationwide referendum on the issue in hopes of overcoming the divisions in Bulgarian society that have arisen due to the consideration of the Istanbul document.

Bulgaria and Russia are among the countries that have not ratified Convention. All 28 countries of the European Union signed the document, though not all have ratified.

The prospect of ratifying the Convention has sparked public debate in several European countries.

Bulgarian Church taking stand against gender ideology of Istanbul Convention
The Holy Synod states that that “no man of Christ” supports violence against women, but warned that the treaty “raises anxiety about the future of European Christian civilization” and “opens the doors to moral decay.”
Comments
×