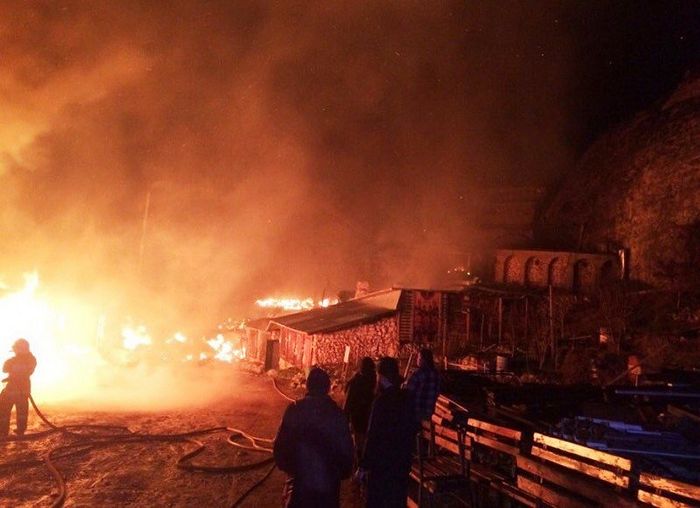 A fire broke out at the Skete of St. Anastasia of Sirmium in Crimea on January 28, destroying several buildings, the skete’s website reports.

The skete is a dependency of the Holy Dormition Monastery in Bakhchysarai, Crimea.

Despite the tragedy, the message on the website shows that brotherhood remains faithful, viewing the whole situation through the prism of the providence of God: “On January 28, 2018, by God’s allowance, due to an accident, a fire destroyed part of the buildings of the monastery. Through the intercession of the holy Great Martyr Anastasia of Sirmium and the skilled firefighters and the dedication of the brotherhood, they managed to avoid human causalities and damage to the church.”

According to the Russian Ministry of Emergency Situations for Crimea, it is believed that the fire broke out in the boiler room, quickly spreading to the other wooden buildings of the skete. The fire had grown to cover an area of 2,150 sq. ft. by the time firefighters were able to arrive, and to 3,616 sq. ft. by the time it was contained. 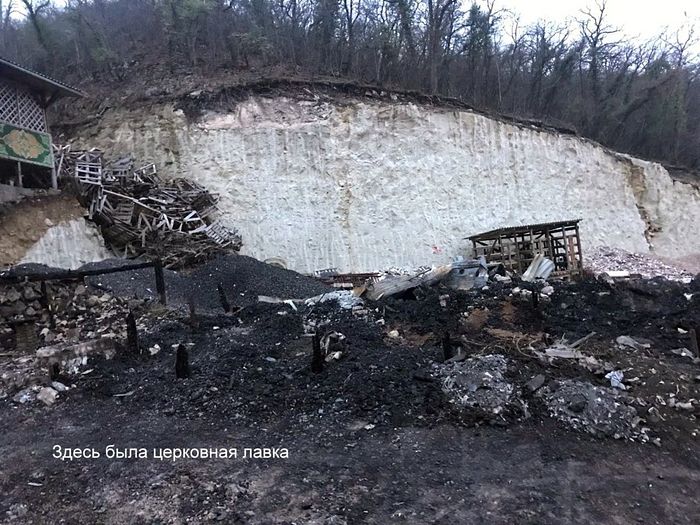 A Church store had stood on this spot. skitanastasii.church.ua

The brothers later reported that donations had been flooding in from all across Russia, totaling 1 million rubles ($17,630) within four days.

Work began on Thursday to clean up the debris and ashes left from the fire. California Greek churches threatened by fire
The sacred liturgical vessels and icons have been removed from St. Barbara Greek Orthodox Church, and Liturgy at the parish was canceled on Sunday due to the continuing southern California wildfires which have now scorched 250,000 acres, Macedonia's 13th century Treskavec Monastery threatened by fire
Emergency services are investigating the possibility of arson, as local residents claim to have seen arsonists. The mayor of Prilep has asked the police to find and punish the perpetrators. The fire near the monastery has continued for 15 days; it was possible earlier to defend it by the efforts of the emergency services and hundreds of volunteers. Fire destroys church at Ascension Monastery Church, Clinton, MI
His Eminence, Archbishop Nathaniel of Detroit and the Romanian Episcopate and Priest Vicar Dan Hoarste traveled to the monastery to be with the monastic community immediately upon learning of the blaze. His Beatitude, Metropolitan Tikhon requested the faithful to keep the monastery brotherhood in their prayers. During this difficult time, the Episcopate also offers prayers to grant peace and comfort to the monastic community during this difficult test.
Comments
×