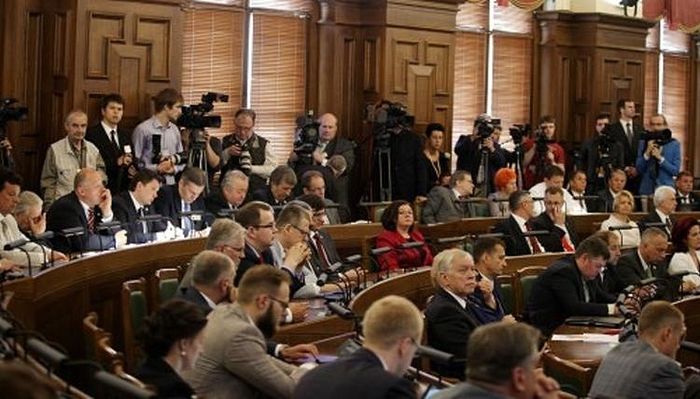 The Saeima, the unicameral parliament of Latvia, has conceptually approved of a motion to make January 7, the feast of Orthodox Old Calendar Christmas, a national holiday, reports RIA-Novosti.

The parliamentarian Commission on Human Rights and Public Affairs did not support the draft law earlier, but 35 deputies voted in favor of the bill on Thursday. 21 also voted against it, while 7 abstained and 14 did not participate.

The bill was stuck in parliament for three years and was repeatedly rejected in the past. The commission decided to consider it again at the suggestion of several deputies from the “Consent” Party, reports Blagovest-Info.

In the Saeima, the first reading is conceptual. For a bill to become law, it must be approved in three readings and then by the president. Deputies agreed that proposals for the bill for the second reading will be accepted until October 5, reports DELFI.

Latvia is home to about 2 million people, more than 400,000 being Orthodox and Old Believers. January 7 is currently a working day in Latvia. Latvians are Converting to Orthodoxy
The Latvian Orthodox Church is increasingly filling up with former Catholics and Lutherans
Grigory Shugaev
“In the capital of Latvia the Orthodox churches are filled to capacity with Latvian parishioners. Every Wednesday, Latvian Lutherans and Catholics talk with Orthodox priests about how they can convert to Orthodoxy. In Latvia whole families are receiving the Orthodox faith.”