On the Importance of Faith in the Afterlife 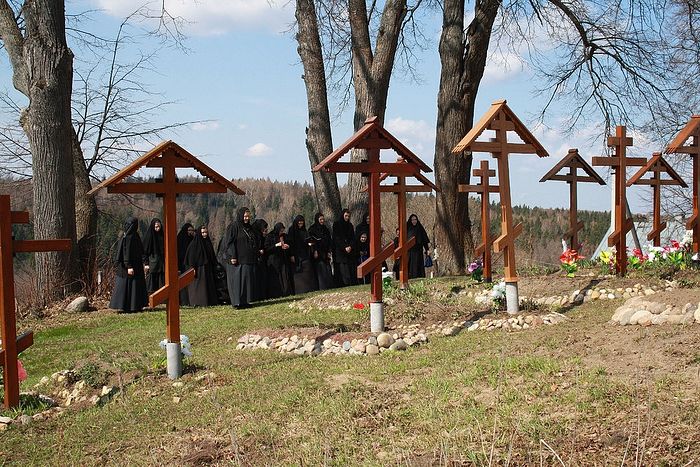 There is no man who lives yet does not sin.

Beloved brothers and sisters in Christ, one of the main questions, having great importance for each and every one of us, is the question of the afterlife. Both the religious man and the man who is indifferent to religion ponder over it. Everyone deals with the question about how we will live after death. We believers know that there is a future life, but what it will be like, what this new life will consist of—all of these details we are not given to know; it is hidden from us. But, nevertheless, the unfailing word of God testifies that there is a future life.

The Lord, correcting the errors of the unbelieving Sadducees who denied the resurrection of the dead, said to them, For God is not a God of the dead, but of the living (Lk. 20:38). Our earthly life is unstable, perverse, and fleeting, and can be stopped by death at any moment. And, looking at it, at our fickle and fleeting life, we involuntarily feel sad when we see how very often its clearest course is unexpectedly darkened by the black clouds of life’s tempests. But it becomes even sadder when during this you remain inconsolable. But where can we seek consolation if not in the firm hope that everything does not end with death, that another life, beyond the grave, awaits us? We are created for eternal life, and we all want, and truly will live eternally, for Christ has abolished death by His Resurrection.

But people who deny the future eternal life and the immortal soul look otherwise at our real earthly life, seeking in it only the pleasure and satisfaction of their sensual pleasures. Seeing the fragility of all good things, and fathoming their temptations and sorrows, such people often arrive at disappointment and despair and sometimes even resort to suicide, considering it a means of deliverance from all their troubles and misfortunes. Forgetting about eternity, they walk into darkness and don’t know where to go, sometimes indulging in bitter darkness, and, in the end, arriving at a false end. For them, life is a futile and incidental gift, having not a real, but an illusory value.

On the contrary, the believer hopes that the afterlife exists, and this hope, the expectation of this life, becomes the source of true consolation and comfort. Believing in the hereafter as absolute truth, dear brothers and sisters, from the most ancient times the Church has been commemorating and praying for those who have departed from us. And so today the Church has called us to lift up our prayers for them and at the same time to share with them the common joy of the resurrected Savior, which is why this day is called Radonitsa.1 The Lord Himself, having descended to the departed and preached to them His victory over death, announced this joy to them. The Church festively glorified the Risen Lord throughout all of Bright Week, and now it makes haste to share its joy about Him with the departed, inviting us to proclaim this common joy to them, and at the same time, to offer our fervent prayers to the Lord for the forgiveness of the transgressions of the reposed, and for them to be settled into the bright Heavenly abode.

There is a marvelous example of how our departed ones share the joy of the Risen Savior with us. Once one pious elder of the Kiev Caves Lavra went with a deacon on Pascha to cense the caves, where the departed rested. And as soon as they exclaimed, “Christ is Risen, fathers and brothers!” they heard the thunderous exclamation in response: “Indeed He is Risen!”

Dear brothers and sisters! Most people depart into eternity with sins, not having managed, due to an unexpected death or illness or infirmity, to purify themselves of those sins; thus they are found to be guilty before the Judgment of God. And at the same time, we know that in the future there will be only two places for people: Hell and Paradise. The departed who did not purify themselves from sins can no longer offer up prayers—they cannot help their own situation. All their hope is placed only on those who are yet living on Earth. They can help them and change their lot in the future life. If the gates of eternity were to open before our very eyes, then we would see how millions of souls stretch out their hands to those living on Earth, silently entreating their help to alleviate their portion in the other world.

Therefore, dear brothers and sisters, heeding the call of our native mother Christian Church, which implores us not to abandon our love for our loved ones upon their departure from us, we now offer our fervent payers to the Risen Lord, entreating from Him mercy for our sinful fathers and brothers and the gift of eternal life for them. May our common prayer converge into one single cry to the Lord for their pardon; then they, hearing this prayer for themselves, will feel our care and love for them and will be filled with mutual love for us.

So, my dear ones, let us pray now to the Risen Lord, that He might forgive the transgressions, voluntary and involuntary, of our departed fathers, brothers, mothers, and sisters, and might settle them in a place of light, in a place of refreshment with all the righteous whom have pleased Him from all the ages, that our kin would be filled now with us with the joy of His glorious Resurrection, and that to our exclamation: “Christ is Risen!” they might reply: “In Truth He is Risen!” How the Departed Interceded for a Drunkard Priest
A Modern True Story
The bishop who told this story is still alive. It is genuine and has profound significance, because it speaks of the prayers of the living for the departed. God always hears these prayers, especially during the Divine Liturgy. A sermon by Arichimandrite Tikhon (Shevkunov), given after the pannikhida on Radonitsa
Archimandrite Tikhon (Shevkunov)
Once an ascetic of the Kiev Caves Lavra went on Pascha day to the famous caves where hundreds of monks are buried, and, from his abundance of Paschal joy, exclaimed, “Christ is risen!” “In truth He is risen!” came a brotherly, jubilant response. It was a greeting from another world, from the reposed monks abiding in the coffins of the caves; citizens of the Heavenly Kingdom.
Comments

Maxim4/18/2018 12:19 pm
Thank you Archimandrite Kirill (Pavlov) for such helpfull homily! Thank you Jesse Dominick for the translation! Christ is Risen!
×