On Cutting Off Temptations

A Sermon on the Circumcision of the Lord 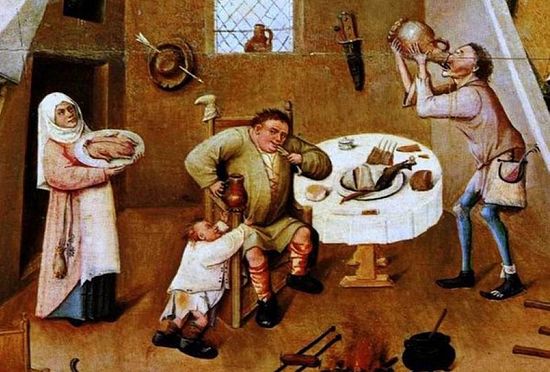 Today’s feast of the Circumcision of the Lord means not only that our Savior lived by all the Jewish rules of the first century; it is also a symbol of the beginning of the New Testament. For the Lord shed His blood for mankind for the first time on the eighth day after His Birth.

According to numerous commentaries, by His Circumcision the Lord, the Giver of the Law, demonstrated that He came not to destroy the Law and the prophets, but to fulfil them (cf. Mt. 5:17). Indeed the Lord allowed His blood to be shed so that no one could doubt that He was a true Man and not a bearer of ethereal flesh.

Some 2,000 years before the Birth of Christ, the custom of circumcising infants was widespread in the Middle East amongst the Egyptians, the Ammonytes, the Edomites, and the Moabites1. Circumcision was introduced in ancient Israel during the time of Abraham. God commanded Abraham and his descendants to circumcise boys on the eighth day from birth so that their bodies could have a mark as the sign of the covenant between God and the offspring of the father of all believers (cf. Gen. 17:9-14; Rom. 4). Slaves who were regarded as members of the family of Israel, along with foreigners who desired to participate in the celebration of the Passover, were circumcised as well (cf. Gen. 34:14-17; Exod. 12:48). In the Old Testament, circumcision was done in order to separate the people of God from pagans, the servants of God from those who served the idols of flesh.

But true Israelites needed not only the circumcision of flesh. According to the Law of Moses, physical circumcision was accompanied by the spiritual “circumcision” of ears and heart. It signified that people shouldn’t disregard the Word of God (cf. Jer. 6:10), shouldn’t be cruel (cf. Deut. 10:16), and were expected to love the Lord their God with all their hearts (cf. Deut. 30:6).

The Apostle Paul’s expression “circumcision of the heart” symbolizes cutting off one’s passions, repentance, and conversion of the sinner to God (cf. Philem. 3:3; Col. 2:11). The Circumcision of Christ is above all the “shaking off the sinful body of flesh”, a symbol of Baptism (cf. Col. 2:11-12), entering the New Covenant with God.

In the New Testament, the naming of infants on the eighth day is related to Baptism, just as in the Old Testament the mark of circumcision signified the naming of infants, also on the eighth day. It reminds Christians that they have entered the New Covenant with the Almighty and now are circumcised with the circumcision made without hands (Col. 2:11). Instead of the mark on their bodies (by way of circumcision), now Christians have the cross on their chest as the sign of the Crucified Christ, Who shed His blood so that we could be redeemed.

Today we can meet many people who were baptized (“circumcised with the circumcision made without hands”), wear crosses around their necks, have heard something about God… and at the same time don’t deny themselves any pleasures.

In ancient times, when the Israelites lived in separated areas, they struggled with idols very simply by physically destroying heathen temples, priests, and surrounding pagan tribes. At the time of Christ, Israel cities mixed with Greek cities on the same territory, and the houses of Jews and pagans could be situated side by side. In the new environment, the Israelites would conduct trade shoulder to shoulder with foreigners, while their families would reside in separate neighborhoods; Jews avoided sending their children to schools that encouraged the body cult.

Nowadays Christians work in organizations with mixed working teams, Christian families have representatives of other religions as their neighbors, and dubious establishments surround us everywhere. We cannot physically destroy all the sources of temptations (for instance, we cannot loot supermarkets that trick us into stuffing ourselves with various foods, and we cannot close social networks through which one can access banned websites). Thus the same sources can be both good and evil for us (after all, we can do economic shopping and read useful books online). Therefore, we can use the same sources of worldly goods moderately, first and foremost cutting off those that incite us to sin.

And if thine eye offend thee, pluck it out: it is better for thee to enter into the Kingdom of God with one eye, than having two eyes to be cast into hell (Mk. 9:47). The apostle places emphasis on the word “if” here: If one of your sense organs tempts you, you need to restrict its capabilities. If your belly tempts you, keep less food in the fridge; if you are prone to idle talk, don’t create accounts on social networks; if the company you keep drives you to fornication, stay aloof from that company (cf. Ps. 1:1).

Unfortunately, justifying ourselves, we too often interpret the words if thine eye offend thee, pluck it out allegorically. It is said that the most important thing is to forget all that’s bad quickly and ignore temptations to prevent dirty thoughts from occupying our hearts. But how can we cultivate the ability to quickly forget the things that pester us or come into our view every day? If somebody watches silly TV shows for a long time every evening, how can he get into habit of forgetting them immediately, while going to bed? A firm approach is probably needed here. If a tempting show devours precious days of your life, making you sillier and more obstinate, don’t turn on the TV in the evenings. If some game can tempt you when you sit down by your computer after work, don’t turn on your computer in the evenings. If you cannot refrain from playing even in this case, then delete all the games, cut off your internet, or don’t keep an extra computer at home.

There are the following words in the Gospel which seem odd by outward appearance: There are some eunuchs, which were so born from their mother's womb: and there are some eunuchs, which were made eunuchs of men: and there be eunuchs, which have made themselves eunuchs for the Kingdom of Heaven's sake (Mt. 19:12). If we apply the principles of the traditional interpretation of this verse to modern life, we can say that there are some who were born handicapped and are unable to derive pleasure from certain things (a wheelchair user cannot go to a disco, a blind person cannot view sexually explicit images etc.); others met with an accident and thus became disabled; and, lastly, there are some very healthy people who voluntarily forgo all kinds of pleasures, who neither walk in the counsel of the ungodly, nor stand in the way of sinners, nor sit in the seat of the pestilent (cf. Ps. 1:1). Therefore, those who voluntarily “make themselves eunuchs” and try to abstain from pleasures have the prospect of entering the Heavenly Kingdom.

St. Theophan the Recluse compared the feast of Circumcision of the Lord with “circumcision of the heart”, when before the beginning of a new year the Christian “gives up his former delights and all he derived pleasure from; he cuts off his passions and inclination to lust and accepts the deeds of strict self-denial2.” According to St. Theophan, that is extremely important for those who want to spend the next year with God.

That is why the Lord allows sickness, to remind us that our life on earth is temporal. Now, the Savior gives us the commandments so that we would refrain from sins for fear of the impending Last Judgment. Now, the Lord allows His blood to be shed so that we may become participants of the New Covenant.

So let us live this year more piously than the previous one. And if we are unable to bring the sources of sinful pleasures under control, let us try and cut them off.

Bearing the mark of Christ’s Crucifixion on ourselves, let us draw nearer to God with sincere hearts in the New Year. 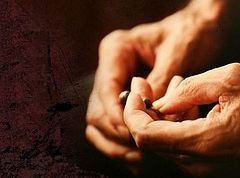 The Name of the Lord is a Fortress
Archpriest Artemy Vladimirov

The Name of the Lord is a Fortress
A Homily for the Feast of the Circumcision of the Lord. On the Naming of Jesus. On the Jesus Prayer
Archpriest Artemy Vladimirov
The purpose of the sacred invocation of the name of Jesus Christ consists not so much in the ceaselessness of this act as in the vivification of the soul by God’s grace. 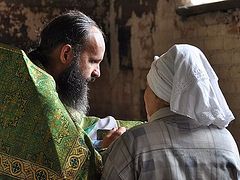 Sin: Consenting to Temptation
Fr. Ted Bobosh
Many wonder what it is they should confess when they come to the sacrament of repentance. 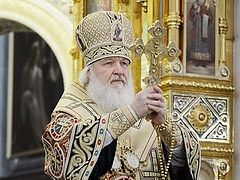 Where There is God, There is Life
His Holiness Patriarch Kirill

Where There is God, There is Life
January 1/14
His Holiness Patriarch Kirill
Before us is an unknown future. Scientists try to ignore the development of events, futurologists describe a distant future, but no one really knows what it will be like, because our Lord is the Lord of history. This historical process is in His hands, and each one of us is a participant.
Comments
×