Beloved parish priests,
venerable inhabitants of our holy monasteries,
and all the Orthodox people of God of the Iași Archdiocese—
grace, joy, forgiveness, and help from God,
glorified in the Trinity, Father, Son, and Holy Spirit. 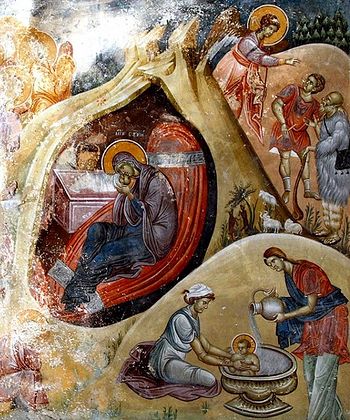 By the grace of God and under the protection of the Most High, in these days we partake of the joy of the Nativity of Christ, the New Year, and the Baptism of Christ. Children cross the threshold of our homes with carols, and we again sit with people dear to our hearts in a warm family atmosphere, and the worries of the outgoing year, full of problems, no longer seem so acute. A moment of peace has come.

During the Divine services in the holy churches today, we glorify the Nativity of Christ and are called to penetrate the great mystery of the incarnation of the Son of God. We exclaim the great mystery of piety in these days together with the holy apostle Paul— God was manifest in the flesh, justified in the Spirit, seen of angels, preached unto the Gentiles, believed on in the world, received up into glory (1 Tim. 3:16).

The Divine Scriptures, the Holy Fathers, and the liturgical thought of the Church unanimously testify to the great mystery of the incarnation of the Son and God and the influence of this event on the life of the entire universe. God incarnated to save His people from their sins.1 “In becoming incarnate from the holy Virgin,” says St. Basil the Great, “He emptied Himself, taking the form of a slave, conforming Himself to the lowliness of our body, that He might conform us to the image of His glory.”2 “Heaven and Earth are united today, for Christ is born,” the Church sings on the eve of the Nativity of Christ. “Today God has come to Earth and man ascends to Heaven.”3

Two thousand years ago, when the fullness of time had come (Gal. 4:4), as says the holy apostle Paul, God came down to us, men, overshadowed by the Holy Spirit, Christ was born of the Most Pure Virgin Mary, lived among us, men, revealed the truth to us, endured death upon the Cross, resurrected on the third day, and ascended into Heaven.

The birth, death, Resurrection, and Ascension of Christ the Lord are events that occurred at specific points in human history, in a specific place, with real people, who left evidence of this. Do these events have a purely historical significance, or are they also seen through the prism of those changes that they caused in the existence of man and the entire universe as a whole? There is one answer here: All of this was done “for us men and for our salvation,” as we sing in the Nicene Creed, and was a boundless outpouring of God’s love for His creation. For God so loved the world that He gave His Only-Begotten Son, that whosoever believeth in Him should not perish but have everlasting life (Jn. 3:16), said Christ Himself.

Beloved brothers and sisters in Christ the Lord, 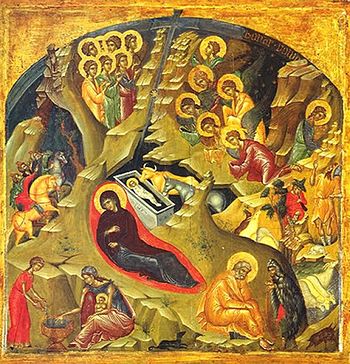 The Kingdom of Heaven is already given in this world to those who become temples of the Holy Spirit4 and testify together with the divine Paul: Yet not I, but Christ liveth in me (Gal. 2:20). This is the fulfillment of that which Christ God testified to in His Prayer before His sufferings on the Cross: That they, that is, the people who follow Christ, all may be one; as Thou, Father, art in Me, and I in Thee… I in them, and thou in me, that they may be made perfect in one (Jn. 17:21, 23).

The entire life of the Church is concentrated on the fulfillment of this prayer in human life: May Christ abide in us with the Father and the Holy Spirit, and may we abide in God in our soul and body. Man, testifies St. Symeon the New Theologian, is called “to become friends with God and to become a dwelling of the Most Holy Theotokos, to purely see his Creator and God and to converse with Him unceasingly.”5

Regardless of sins, all kinds of infirmities, and the many wounds that inflict the soul because of them, man is called to pray without ceasing to become the abode of God: “O Lord My God … but as from on high Thou didst humble Thyself for our sake, do Thou now also lower Thyself to my lowliness; and as Thou didst consent to lie in a cave and in a manger of dumb beasts, so consent also to lie in the manger of mine irrational soul and to enter into my defiled body”6—we ask in prayer, preparing to receive Holy Communion.

The presence of God in our hearts, minds, and souls is man’s most precious treasure. It is that treasure found in the field that is worth any sacrifice just to acquire it;7 it is that precious pearl, for which no effort can be too great to possess it.8

If God is not present in a man, he does not have true prayer,9 he does not know the sweetness of humility, does not understand the joy of forgiving enemies, does not comprehend the meaning of what is happening to him, around him, and in the whole world. It’s because only “the finger of God strikes the strings of the mind and incites them to the true sound,”10 as St. Symeon the New Theologian says. It’s because only “God, living in man, teaches man the future and the present, not in word, but in very deed, by experience, in reality.”11 It’s because the Christian life is anchored not with enticing words of man's wisdom, as says the holy apostle Paul, but in demonstration of the Spirit and of power … on the wisdom of God in a mystery.12 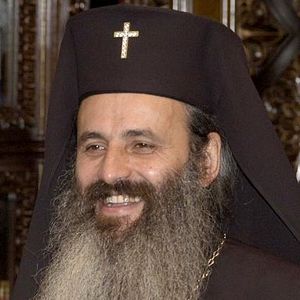 The mystery of the Nativity of Christ is experienced, comprehended, and confessed in all its true, salvific fullness through the indwelling of Christ in the hearts, minds, and being of man. “The soul of man is appointed to be both virgin and mother,” says St. Maximus the Confessor. The human soul is called to be pure (purified), humble, and without malice, like unto the soul and body of the Most Pure Virgin Mary, so as to receive Christ into itself in a mystery. Man confesses Christ by his pure life, prayer, and sacrificial love, giving birth to Him, as a mother, in his soul and life. In this sense, man’s life is a constant Bethlehem, a constant struggle to accept Christ in his being and to give his own life, bearing Christ, to the service of others.

This path is hard! And who can follow it? The answer is given by Christ God: The things which are impossible with men are possible with God (Lk. 18:27). And we dare to hope that by unshakable faith in Christ, the Savior of the world, by firm hope in His boundless mercy, and by fervent love for God and man—whether friend or foe—we will draw near to what the Holy Fathers called “life in Christ,” “the acquisition of the Holy Spirit,” and “the loving and forgiving embrace of the Father.”

Christians in monasteries and Christians in the world—we all form one people, called to make God our way, truth, and life.14 The feast of the Nativity of Christ is a resounding reminder of the need to recognize this call and to answer it.

I pray to Christ God to keep us all under the protection of His mercy. May He forgive us everything that we have committed against His love and against people in the past year. May God abide with us, in the family of every one of us, in the monastery, and in the parish we are a part of, in Moldova, in our entire country, and in the whole world in this new year, and in the continuation of our lives.

May the feast of the Nativity of Christ bring us all sacred joy, bread and salt on the table, but most of all—peace, good will towards men!

Many and blessed years!

Your humble intercessor before God,

2 Liturgy of St. Basil the Great.

3 Stichera at Litiya for Vigil for the feast of the Nativity of Christ. Homily on the Nativity of Christ
Metropolitan Athanasios of Limassol
The meaning of this feast day for us, who are constrained by the passions and sin, lies in the obtainment of freedom, which the Lord has given us through His birth; to be freed from slavery to sin and the darkness of our falling away from God, and also to again be able to experience rejoicing in life as true children of God.
Comments
×