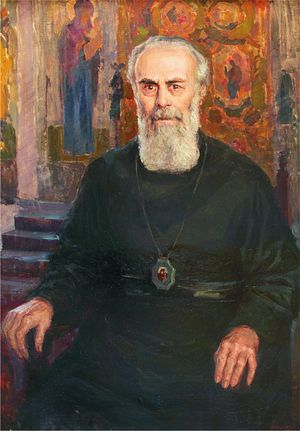 Metropolitan Anthony of Sourozh In the Name of the Father, the Son and the Holy Ghost.

In one of the texts of the Holy Scriptures we are told that the world had waxed old, had decayed in the course of centuries since man had lost touch with God, since communion between God and man had become dimmed. And Saint Paul says that the whole creation is waiting with longing for the revelation of the children of God, for the moment when man will have become Man again in the fullness, in all the beauty of the glory of his vocation.

And on the day when we remember the Nativity of Christ, the Incarnation of the Son of God, we can see that the beginning of a new time has come, that this world that had gone old because God was, as it were, far away from it - great, awe-inspiring but distant, had come to an end. GOD IS IN OUR MIDST: this is the meaning of the word ‘Emmanuel’; God with us - and the world is no longer the same. We live in a world into which God has come, in which He is the living power, the inspiration, Life itself, Eternity itself already come. And this is why Saint John the Divine in the Book of the Revelation, speaking of Christ as the End, uses in Greek not the neuter which would be right, but the masculine: because ‘The End’ is not a moment in time, the End is not something that happens, but Someone that comes. Yes, we are waiting for the day when God will come in glory, when all history will be up, when all things will be summed up, when God shall be all in all; but already now God is in our midst; already now we have a vision of what man is by vocation and can be by participation. But this is an offer; God gives His love, God gives Himself - not only in the Holy Gifts of Communion, but in all possible ways He is ready to enter into our lives, to fill our hearts, to be enthroned in our minds, to be the will of our will, but to do that, to allow Him to do that we must give ourselves to Him, we must respond to love by love, to faith - the faith which God has in us - by faith that is trust and faithfulness to Him. And then - then, we, each of us singly and all of us in our togetherness, will become God's Kingdom come with power, the beginning of the fullness of time, the beginning of the glorious victory!

Isn't that something which is worth struggling for? Isn't it worth turning away from everything that separates us from our own integrity, from one another, from God, and allow ourselves to become new creatures?

Let us now, now that the beginning has come, and in a way the end is already in our midst, let us do it: overcome all that is unworthy of ourselves and allow God victoriously to transfigure our lives! Glory be to God for His love! Glory be to God for the faith He has in us, and for the hope He has put into us! Amen! You Came!
Archpriest Andrei Tkachev
My knees bent by themselves, and I bowed down, touching the floor with my forehead. “You did the right thing,” I heard in my right ear after a minute. “There’s no need to ponder. You need to worship!”

The Divine Services of the Nativity of Christ