The Assembly of Canonical Orthodox Bishop of the United States of America, which represents all canonical jurisdictions operating in America (except for the Moscow Patriarchate and the Russian Orthodox Church Outside of Russia), issued a communiqué late last month warning about two Pennsylvania-based so-called “hierarchs” and their jurisdictions:

A list of the member hierarchs of the Assembly of Bishops can be found here.

Though based in Pennsylvania, Ramzi Musallam travels and has connections all over the world. In February, the Jerusalem Patriarchate also issued a warning against him and the so-called “Palestinian Orthodox Church,” emphasizing that they have nothing to do with any legitimate Orthodox Church in the Holy Land or anywhere else.

OrthoChristian reported on both men mentioned in the Assembly’s statement back in 2017, when two parishes of the Eastern PA Diocese of the Orthodox Church in America decided to leave the Church under their influence.

The St. Nicholas parish then adopted Fr. Bohdan Zhoba as their priest, even though Zhoba had actually already been defrocked by Philaret’s jurisdiction, according to His Eminence Archbishop Mark of Philadelphia (OCA). He has since risen to the rank of vicar bishop, overseeing Philaret’s parishes in the U.S. and Canada.

Although not in their jurisdiction, the Synod of Bishops of the “Orthodox Church of Ukraine” under “Metropolitan” Epiphany Dumenko declared Zhoba defrocked on July 27 of this year.

Read more about the complicated history of Ramzi Musallam here. 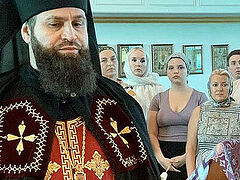 GOARCH postpones plans to make defrocked Belya a bishop
In response to the repeated protest of leading hierarchs of the Assembly of Canonical Orthodox Bishops of the United States of America, the Greek Orthodox Archdiocese announced the postponement of its plan to consecrate a defrocked former priest to the episcopate. 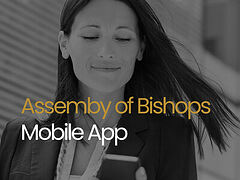 Assembly of Bishops launches new mobile app
The goal is “to discover the primary needs of our parishes and faithful so we can improve our ministries and build better programs designed around proven needs.” 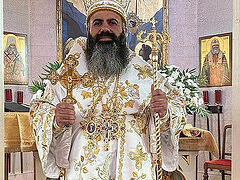 Jerusalem Patriarchate warns about Pennsylvania-based charlatan “bishop”
The so-called “Palestinian Orthodox Church” and its leader Ramzi Musallam have nothing to do with the Orthodox Patriarchate of Jerusalem or any other legally recognized church in the Holy Land or anywhere in the world.
Comments

Dcn Joseph Suaiden12/6/2022 6:18 pm
While I don't know the Boghdan guy, I definitely have a lot to say about Ramzi Musallam, and "the Assembly" doesn't have its hands clean (and never have). Had it not been for the reception of Ramzi Musallam into ROCOR-MP as a deacon before he was outed as a homosexual and then "flipped" to the Old Calendarists using his reception into ROCOR as an excuse and then claiming to be "anti-ecumenist" before he got booted again, this never would have happened. Again, it's always a lack of accountability. No one ever checks people's records. It's always "did you go to an accredited school" among the liberals and "are you friends with this guy" among the conservatives of World Orthodoxy. The problem of accountability is slightly better among the True Orthodox because of the power of the mob, but seriously. How hard is it to do a background check? I can name ten people on both World Orthodox and True Orthodox sides who would make great clergy. Probably won't happen though, because of the problem of management. The people you need aren't the people, who for whatever reason, actually show up. Because when that match happens, miracles happen. And of course, miracles are rare.