Thanks to the love and talents of the students of a nearby music school, the faithful of the village of Draganovo, Burgas Province, just half a mile inland from the Black Sea, could soon have an Orthodox church to pray and worship in.

As of 2013, the village had a population of just 430, most of whom are Turks. There is a mosque in the village, but the church was destroyed in 1944 and was replaced by a community center, reports bnr.bg.

The initiative to build a church began in 2015, and construction began earlier this year, though there weren’t enough funds to complete it. But the students of the National School of Music and Stage Art in Burgas held a concert over the weekend dedicated to raising funds for the village church.

The concert was held on the initiative of Provincial Governor Maria Neikova, who wrote afterwards:

Thank you to the wonderful young people, students of the Prof. Pancho Vladigerov National School of Music and Stage Art and scholarship recipients of the Ministry of Culture, who dedicated their talent to the cause, for having the maturity and heart to understand and accept it as their own... Thank you to everyone who opened their hearts to the cause—let’s build a church together.

The concert was the first in a series of charity concerts to be held. Bulgaria: 120-ft. iron cross consecrated in village outside Sofia
The installation of the cross was initiated and financed by the local municipality, with the support of many citizens. 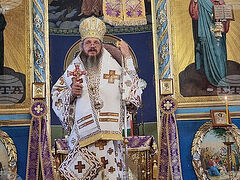 Bulgarian diocese preparing materials for canonization of first Bulgarian Patriarch
It’s believed that a tomb found years ago in one of the basilicas of Dorostol (today Silistra) is that of Patriarch Damian. 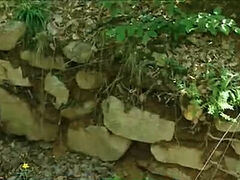 Panagiotis12/7/2022 2:13 am
This is great news. God Bless these students and the Bulgarian Orthodox People. These are true students who rebuild God's Church. Our Churches are being rebuilt throughout all of our Orthodox Lands, while in the decadent West the churches of the weak Protestants and Catholics are becoming empty and many have closed. Does this tell you who are God's People? We were almost destroyed by the monster communists, but we have recovered, and God Willing more Churches will be built and more people will become Orthodox Christians. I believe there are approximately 7,000 Orthodox Christians in Bulgaria who are of Turkish ethnicity. I believe the Gaugaz are also of Turkish extraction and they have always been Strong Orthodox. May God Almighty reward those who build his Churches. All Glory to our God. Just my humble opinion.
×