The responsibilities of man with respect to his body. The inadmissible sin of licentiousness. The reflection of this Sin upon the body and soul of man. The struggle with carnal desire. Temptation. Man consists of a soul and a body. Many ancient religions and philosophical teachings spoke about man’s soul as created by God, while the body originated from an evil source, the devil. Christianity teaches otherwise. The soul and the body are created by God. Man’s body, after the sacrament of Baptism, according to apostolic teaching, is a temple for the Holy Spirit and the members of the body, through unity with Christ in the sacrament of Holy Communion, are Christ’s members. Man is transported into eternal future bliss (or torment) with his entire being, with his eternal soul and a body which will resurrect, uniting again with the soul at Christ’s Terrible Last Judgment. A Christian should therefore never leave his body without attention while caring for his soul. He must take care of it, care for it foremost in a Christian manner, keeping it not only from illness but also from sin which begrimes, defiles, and weakens it. Among such sins, the first among the most dangerous and harmful is the sin of licentiousness, the sin of man’s losing his chastity and bodily purity.

It is not pleasant to write these lines, raising a question that is “shameful to even mention” for a Christian, according to the sharp expression of the Apostles. But it is impossible to remain silent because not one sin is so dangerous and fearful for youth as is this vile sin, which is worse than disease, worse than the plague.

We are speaking about the sin of fornication, in other words, about the sin of debauchery and sexual dissipation, which is undoubtedly the most horrible sore, scourge, and curse of contemporary man. It is difficult to enumerate the destructive effects which follow this sin as an inseparable shadow: the loss of a normal, pure Christian relationship with the other sex; defiling thoughts and imagination; the weakening and draining of man’s physical strength; an extreme weakening of the memory; as unresponsiveness to life and its experiences; loss of will power and the loss of life’s energy; and finally, neurasthenia and a spiritual disorder of the horrible disease, “progressive paralysis” (softening of the brain); these are the usual accompaniments to the sin of fornication, not to mention specific illnesses, often the result of a disorderly life. The most fearful result, of course, is the formidable judgment of Him, Who commanded a pure and viceless life, at Whose Terrible Judgment “fornicators and adulterers shall be judged by God…” (Heb. 13:4), as the Apostle said.

But how to struggle with the temptations of this sin for someone who wants to preserve himself pure and chaste in a Christian manner? The answer is simple: first of all, with purity of thought and imagination. It is often said that sexual needs act in man with such invincible strength that he is not strong enough to withstand them. False! Here we are not speaking about needs, but rootedness and lewdness when man begrimes himself in thought and desire, without stopping himself. Of course, such a man’s natural sexuality becomes excited beyond a reasonable degree and unfailingly drives him into this sin. But a Christian, God-fearing and strict with himself, will never allow or admit bad desires and thoughts to control his mind and heart.

Summoning God’s help in prayer and with the sign of the Cross, he immediately struggles against such thoughts, with their very appearance, transferring his consciousness and thought either towards prayer or some other underfilling subject with his will power. To become excited by an unclean imagination means to pervert oneself and to destroy oneself. Struggling with bad thoughts, a Christian must immediately and sharply turn away, departing from everything that might generate a bad thought.

Not in vain does Our Savior so strictly warn us in the sermon on the Mount about unclean, desiring looks, even if nothing more occurs than the look. Temptation in thought is that dangerous.

There are so many temptations. A general degeneration of morals and shunning of a pure life of Christian continence, the revoltingly inadmissible view of marriage and conjugal life, is alone sufficient to affect a young soul. And here, besides this are movies and contemporary literature, emulating, lauding and describing this sin in its most enticing colors so explicitly and shamelessly that our modest and God-fearing ancestors would have been horrified. There are indecent dances and similar amusements with which our contemporary heathen “Christian” society is so blinded, that it does not notice their harmfulness or sinfulness. Various types of obscene “anecdotes”, spiritual rot and disease, deathly defiling man’s mind and heart, advance upon the youthful, developing soul in a cloud of temptation. But blessed is he, who from youth and to the end of his days remains pure in body and soul. Blessed is he, who brought the fragrant freshness, firmness, and wealth of strength of an untouched body and soul to radiant, married, conjugal unity, blessed by God and Church, or preserved them to the very door of the grave in the radiant purity of virginity and chastity! Yes, there are only two paths which God blesses a man on earth to take: either the holy path of Christian marriage, the indissoluble unity of two hearts for an entire life, or the even higher and holier path—the path of chastity, entirely dedicated inseparably to God and neighbor to the end, to self-denial of the personal happiness of love for the sake of love towards God and neighbor. And conversely, fatal is that path, which ignores, scams, obstinately infracts the God-given law of Christian purity and truth, defiling the body and killing the soul; for sooner or later, the terrible threat will be fulfilled upon him, Vengeance belongeth unto me, I will recompense, says the Lord (Heb. 10:30). 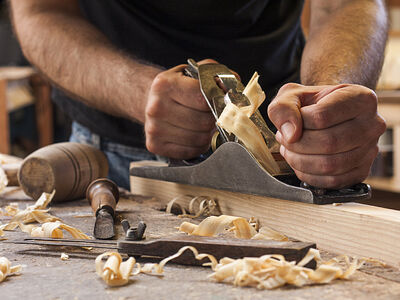 Moral Theology, Chapter 14
Metropolitan Philaret (Voznesensky)
In order not to have emptiness and distraction within the soul, so common in our nervous, uneasy, agitated time, a Christian should teach himself self-possession. 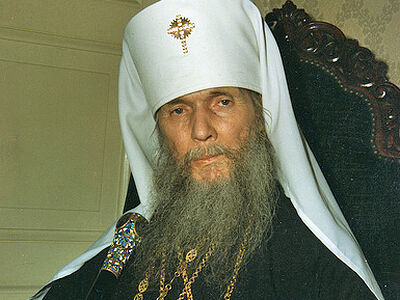 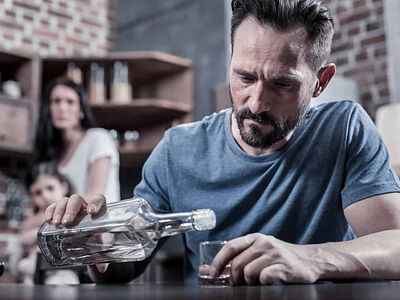 Moral Theology, Chapter 16
Metropolitan Philaret (Voznesensky)
Drunkenness and the love of money. Christian unselfishness. The attitude of a Christian toward health, his conduct during illness. The attitude toward death. The sin of suicide.
See also 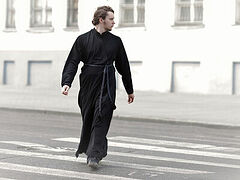 May God Preserve Us from Falling Away
Hieromartyr Thaddeus (Uspensky)

May God Preserve Us from Falling Away
A Homily for the Second Sunday of Lent
Hieromartyr Thaddeus (Uspensky)
For many of our secular higher educational institutions are called Christian only by tradition, and not because they truly are Christian. 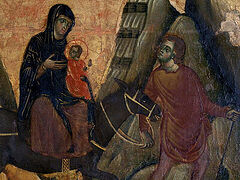 A True Christian is a Warrior and Ascetic
Archimandrite Kirill (Pavlov)

A True Christian is a Warrior and Ascetic
A Homily for the Sunday after Nativity
Archimandrite Kirill (Pavlov)
That’s what we should do—use the natural means available to us, and not tempt the Lord with expectations of miracles and signs in our defense, which are never squandered uselessly. 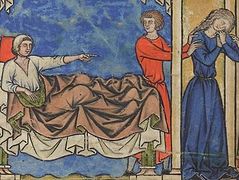 A Man Who Indulges His Passions Brings Ruin to Those Around Him
Lessons from the Biblical Story of Amnon and Tamar
Sergei Komarov
This story could well be called archetypal. In all the details of this Biblical story, a deep psychological truth shines through. Everything is exactly the same as it happens in our life; for example, mistaking the urges of lust for love.
Comments
×