Scholarships for children from large families announced by Serbian Patriarch In his capacity as the chief guardian of the Sima Andrejević-Igumanov Endowment, His Holiness Patriarch Porfirije of Serbia recently announced the granting of scholarships to more than a dozen students from large families.

The scholarship fund originates from the contributions of Dragan and Milovan Popović from Belgrade.

The Endowment, named after the 19th-century Kosov Serb donor who helped students study in Belgrade and at the seminary in Prizren, Kosovo, held a competition from September 26 to October 25 to determine the most worthy and most needy students.

The Archdiocese of Belgrade has also announced a competition for the annual awarding of scholarships to students in their last year of college in the departments of medicine, philosophy, law, electrical engineering, and theology. 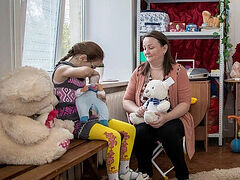 Blessed social ministry in the Russian and Romanian Churches

Blessed social ministry in the Russian and Romanian Churches
Pregnant women and mothers in difficult situations will be able to find help at the new house. 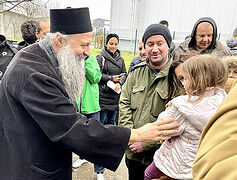 Serbian Patriarch distributes tons of humanitarian aid to large families
More than 100 large families received necessary aid from His Holiness Patriarch Porfirije and the charity department of the Serbian Church’s Archdiocese of Belgrade and Karlovac on Saturday. 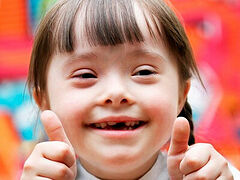 Center for children with Down Syndrome to open at Bucharest church

Center for children with Down syndrome to open at Bucharest church
In Romania, it’s very difficult and expensive for parents to find qualified help, and these children can be considered the most discriminated category of people.
Comments